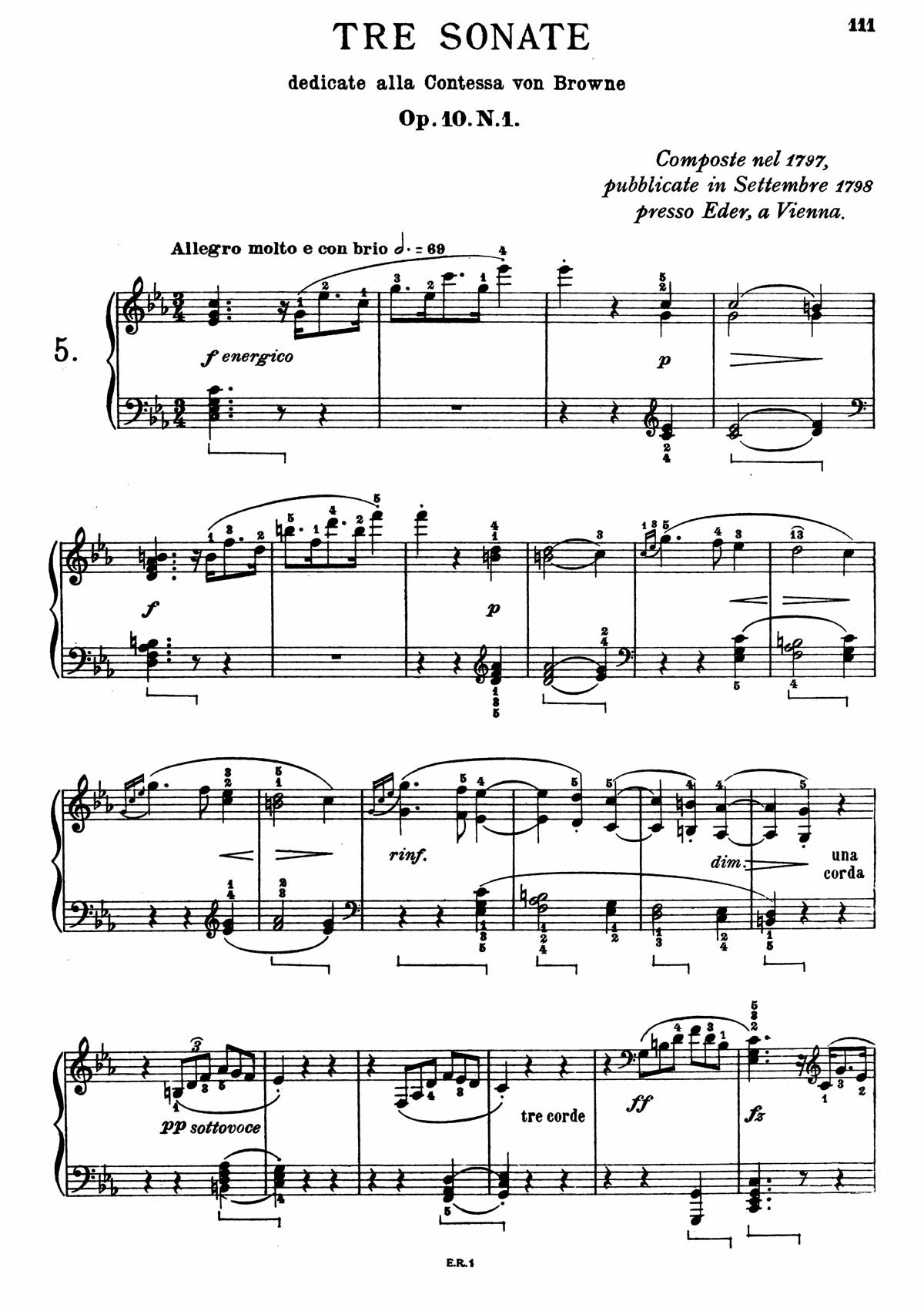 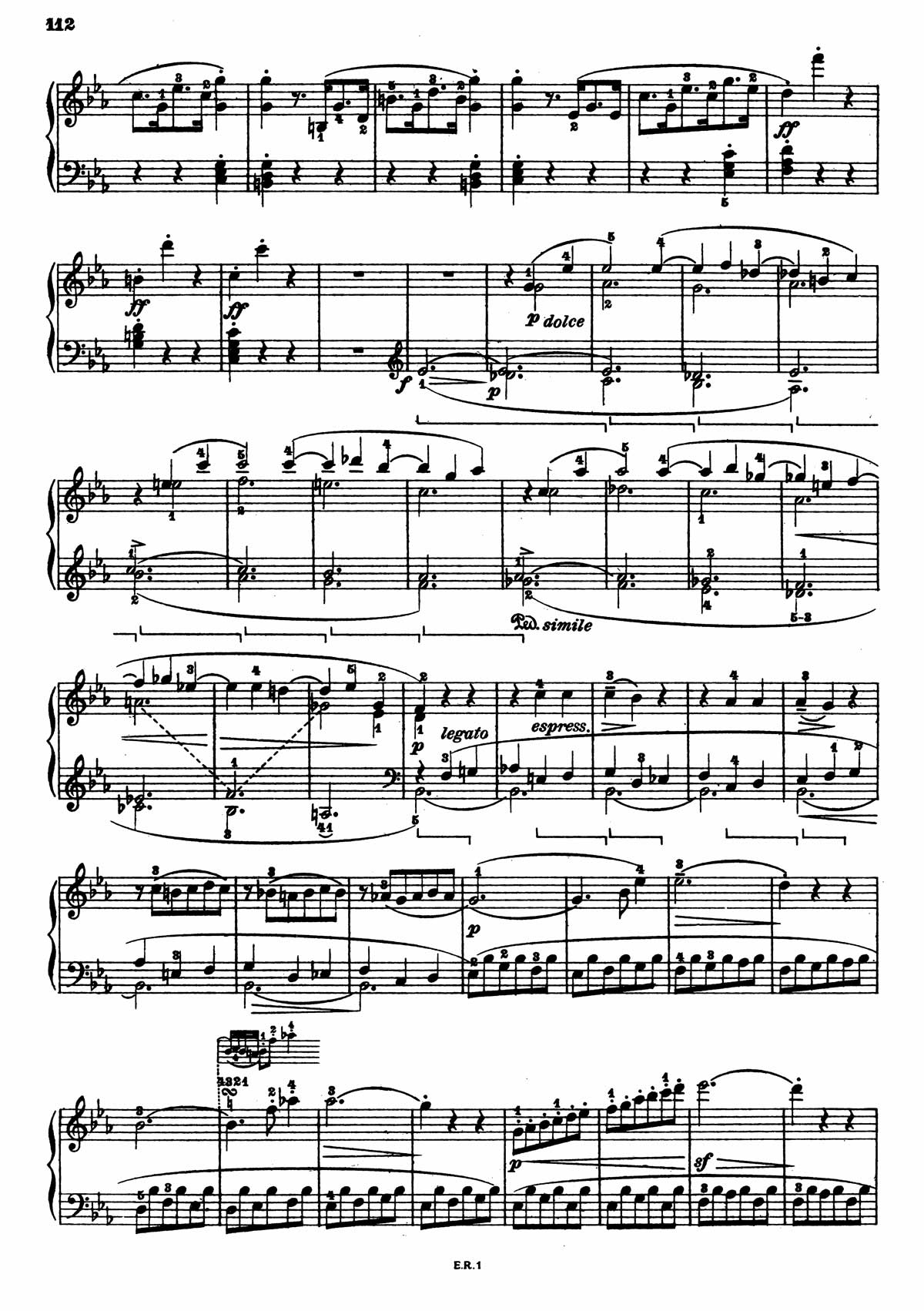 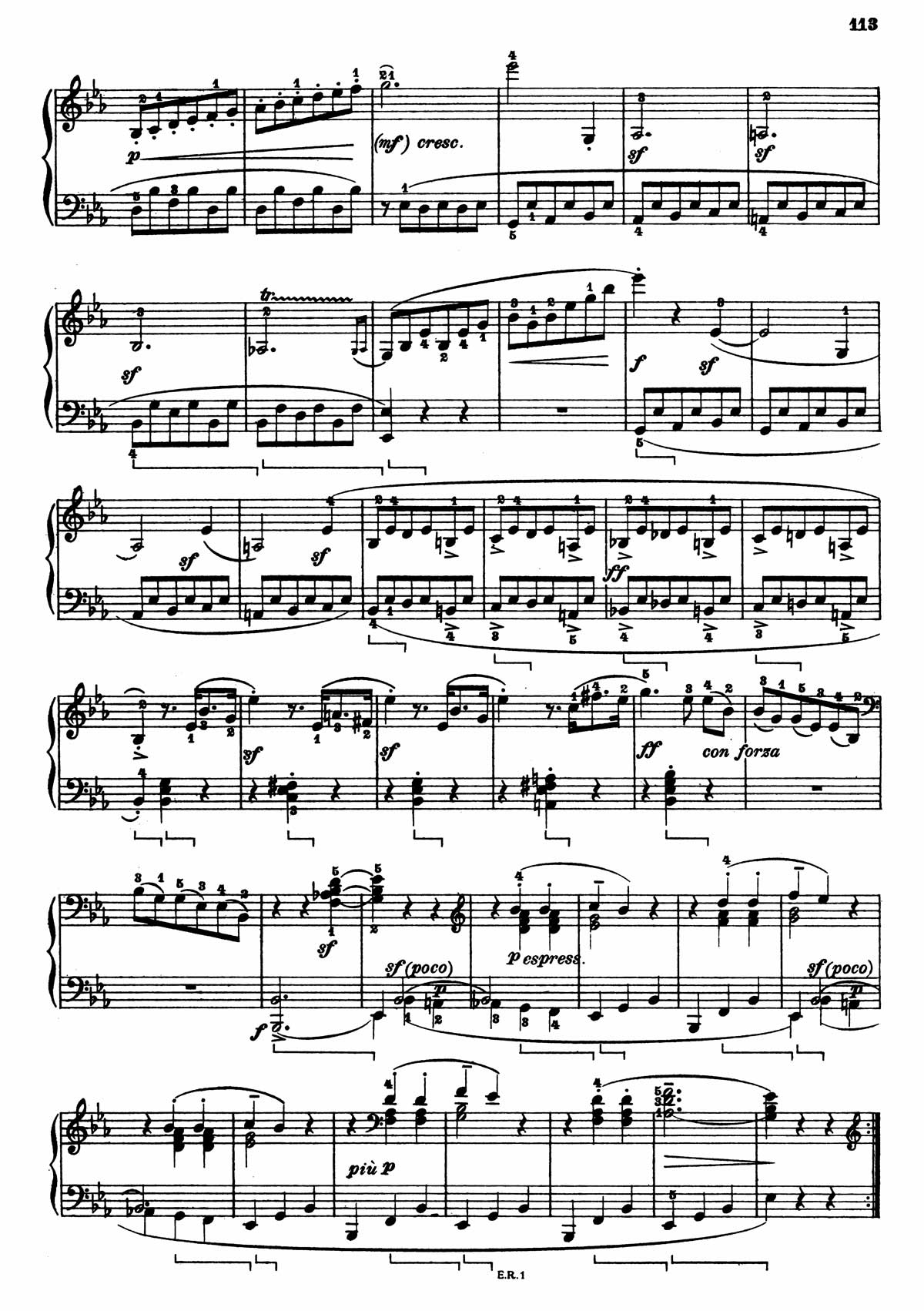 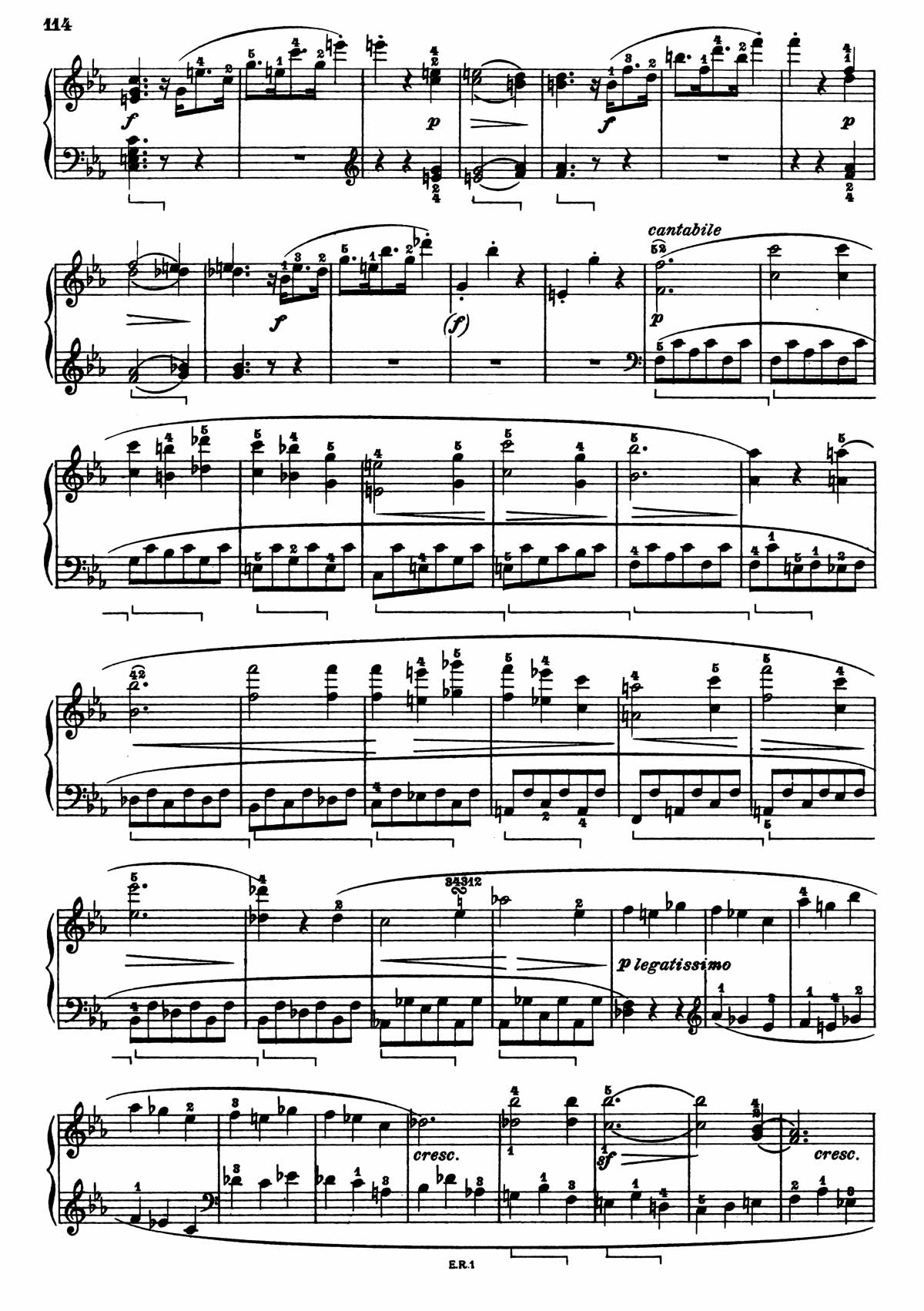 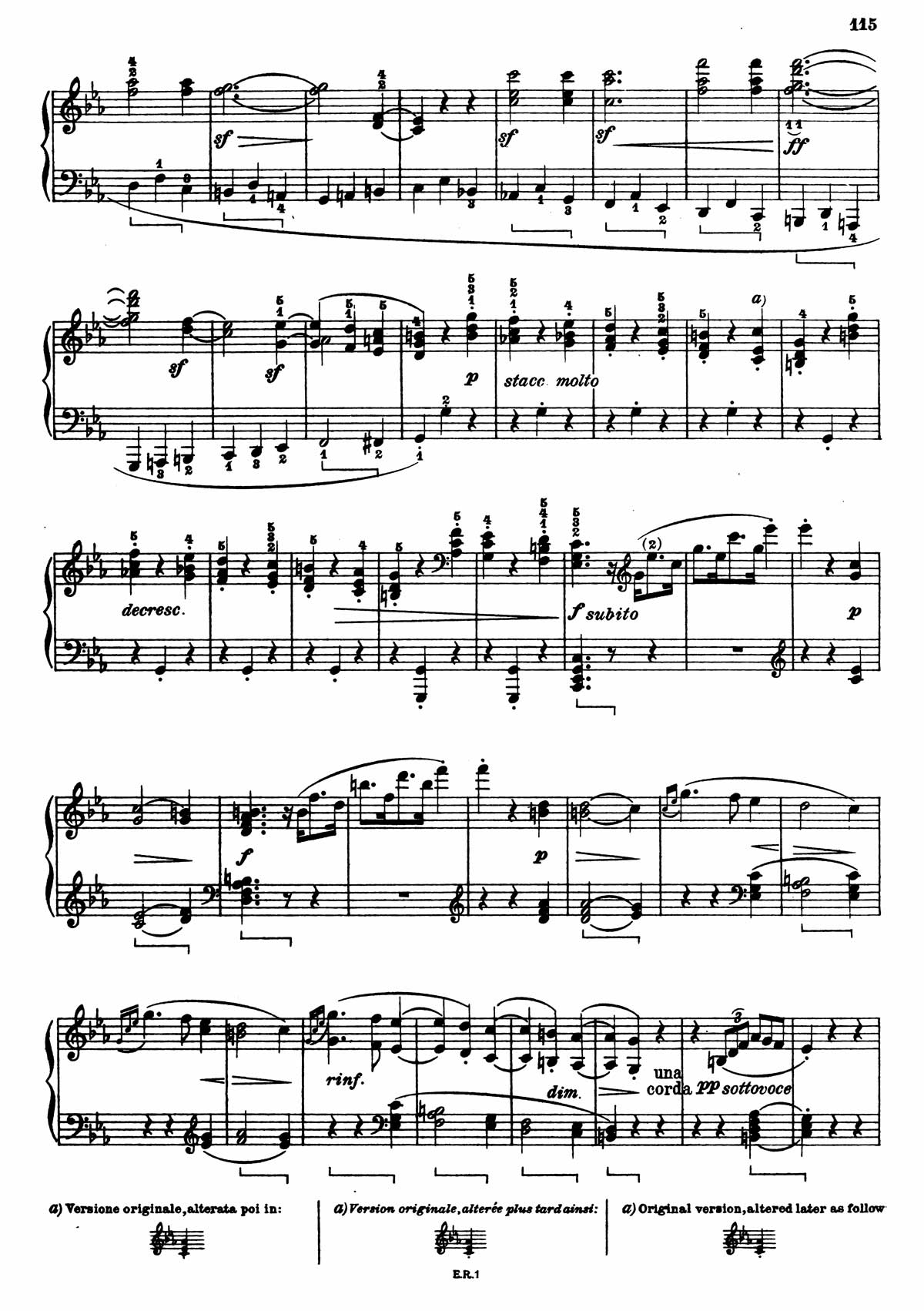 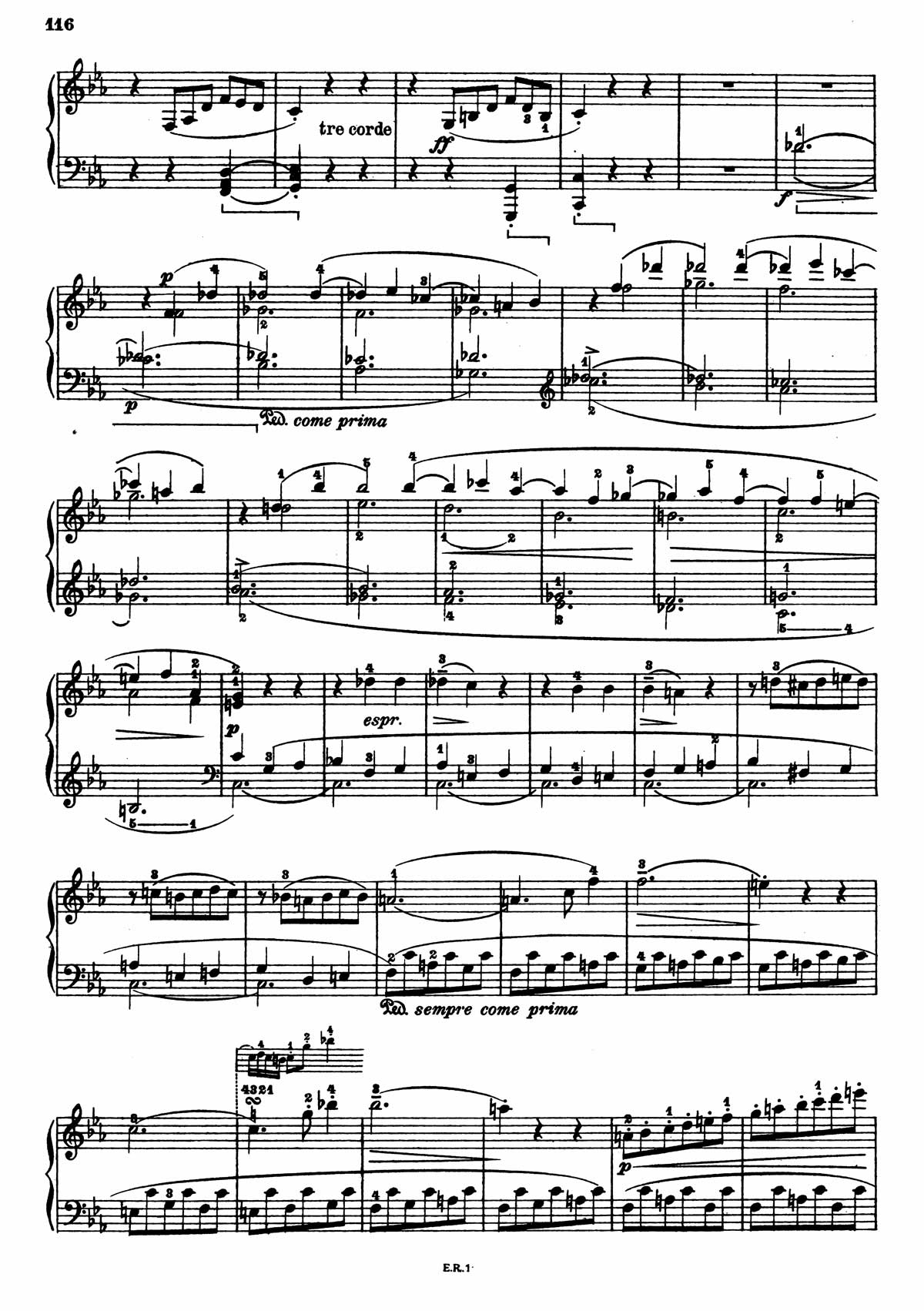 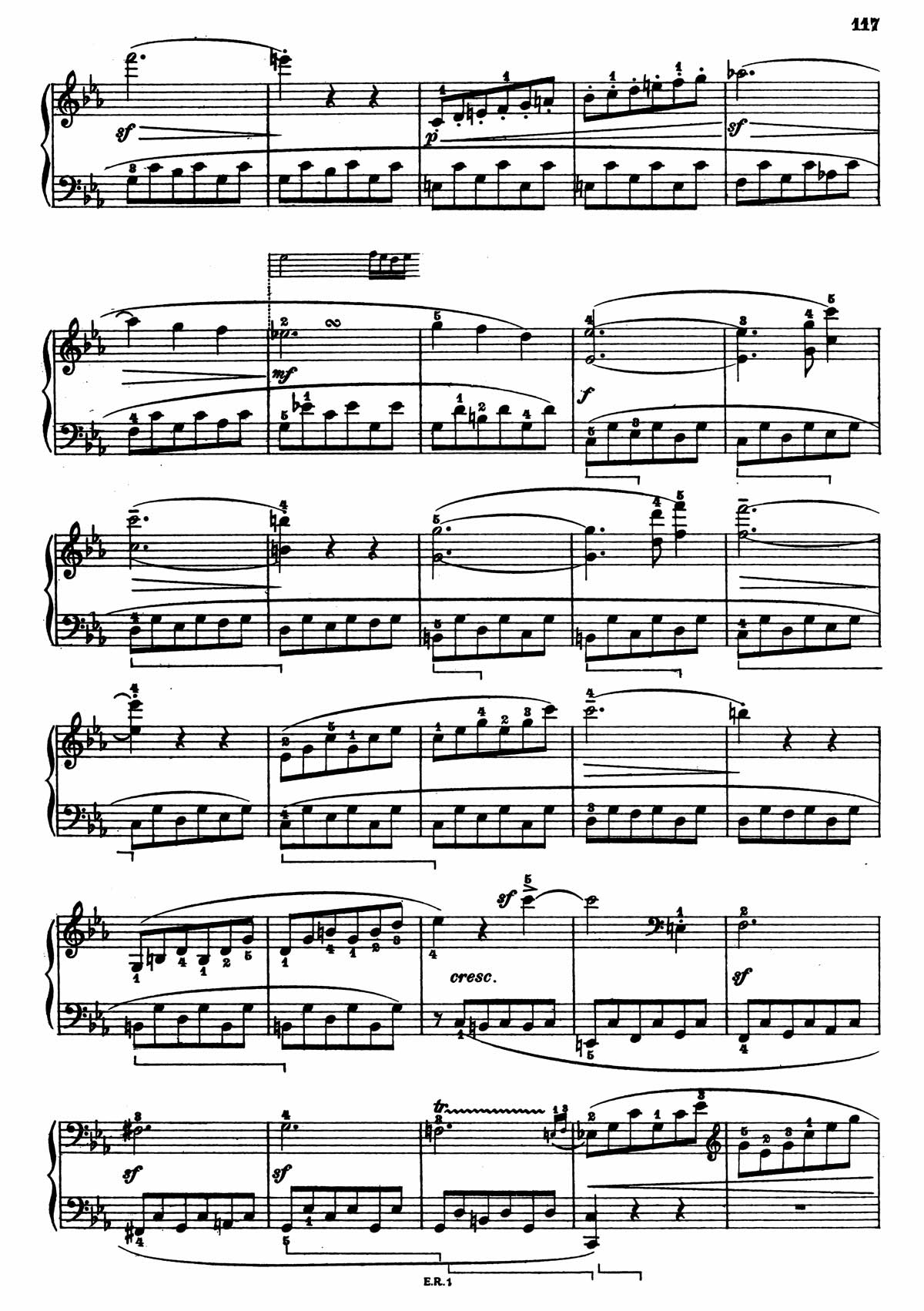 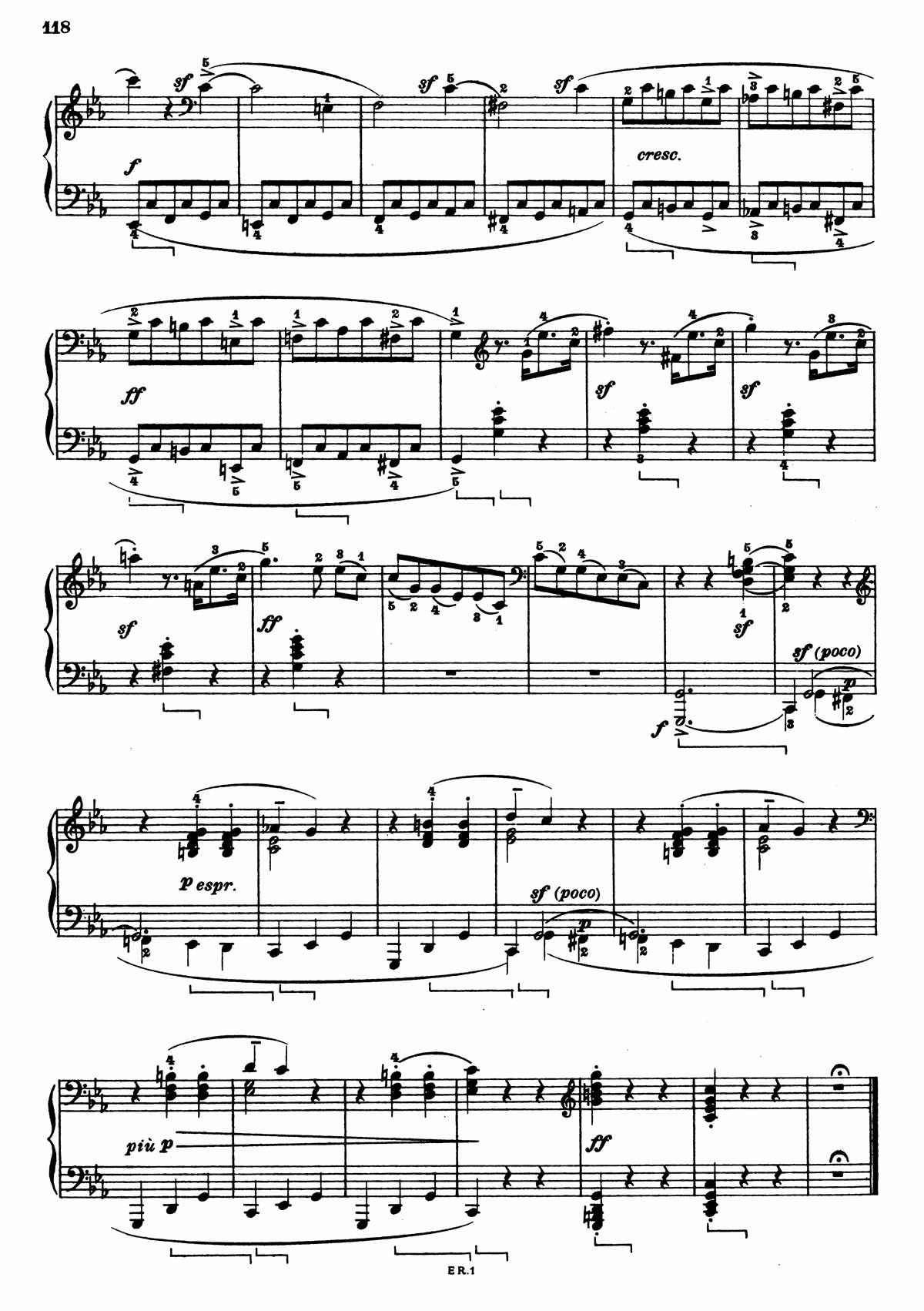 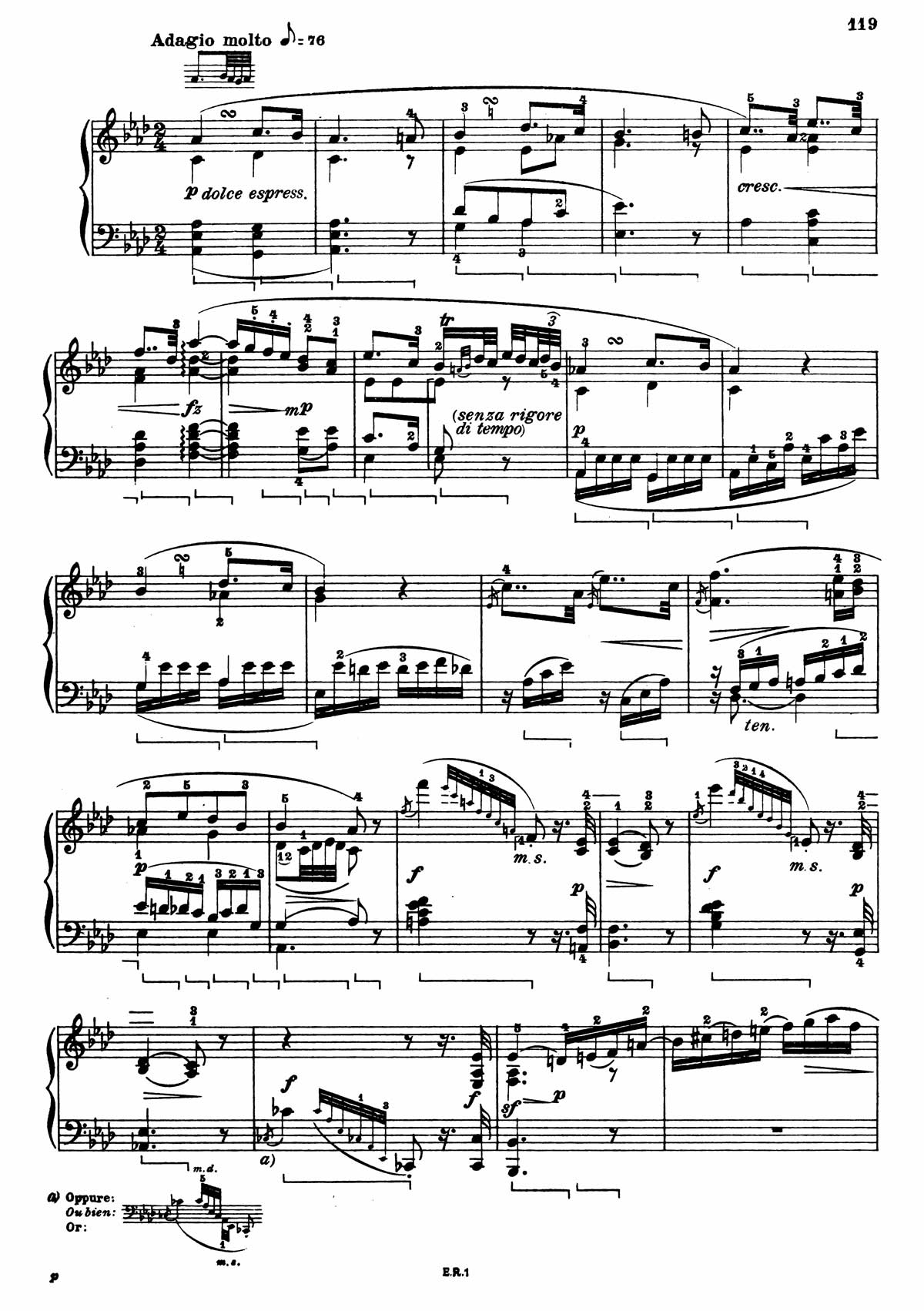 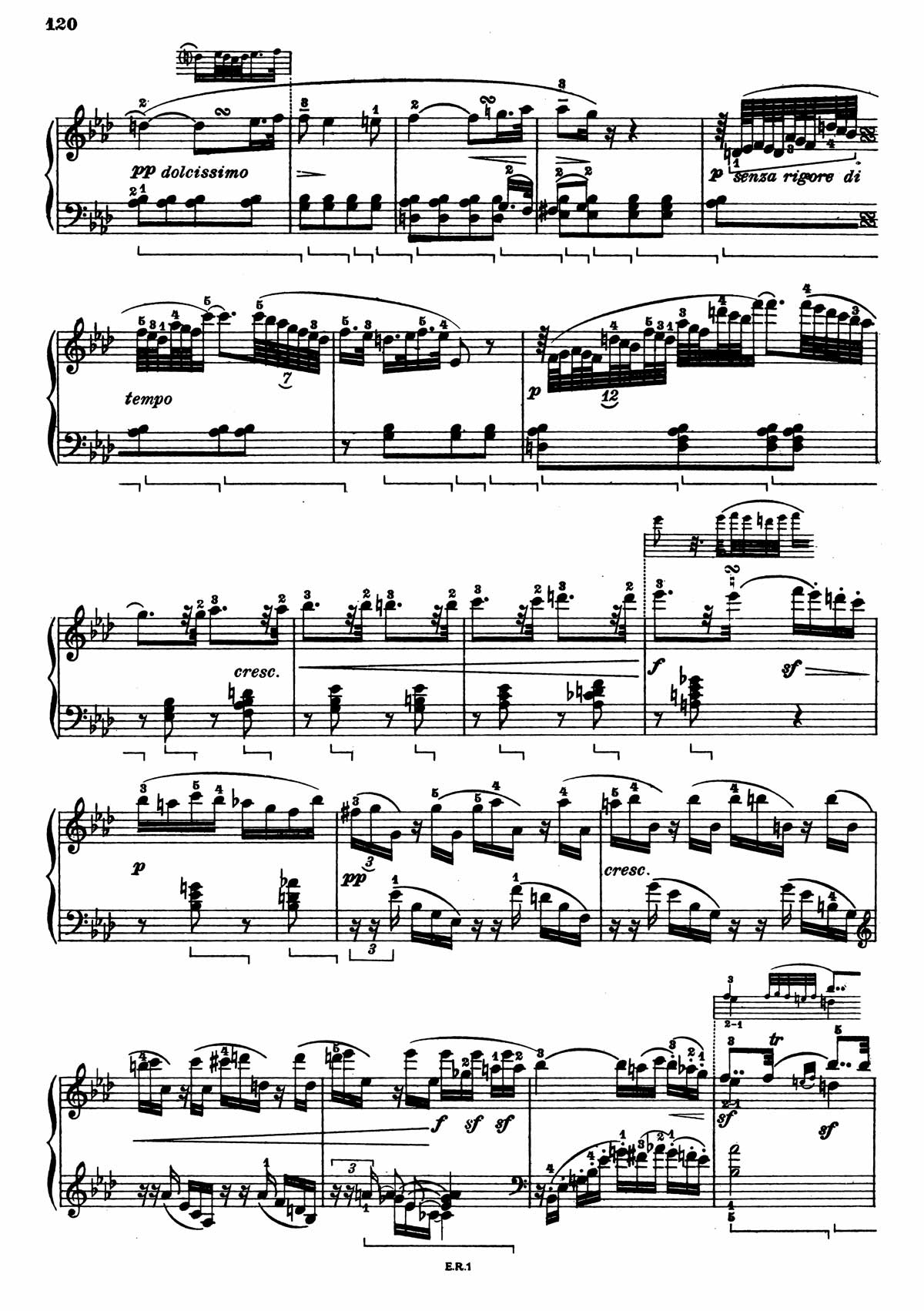 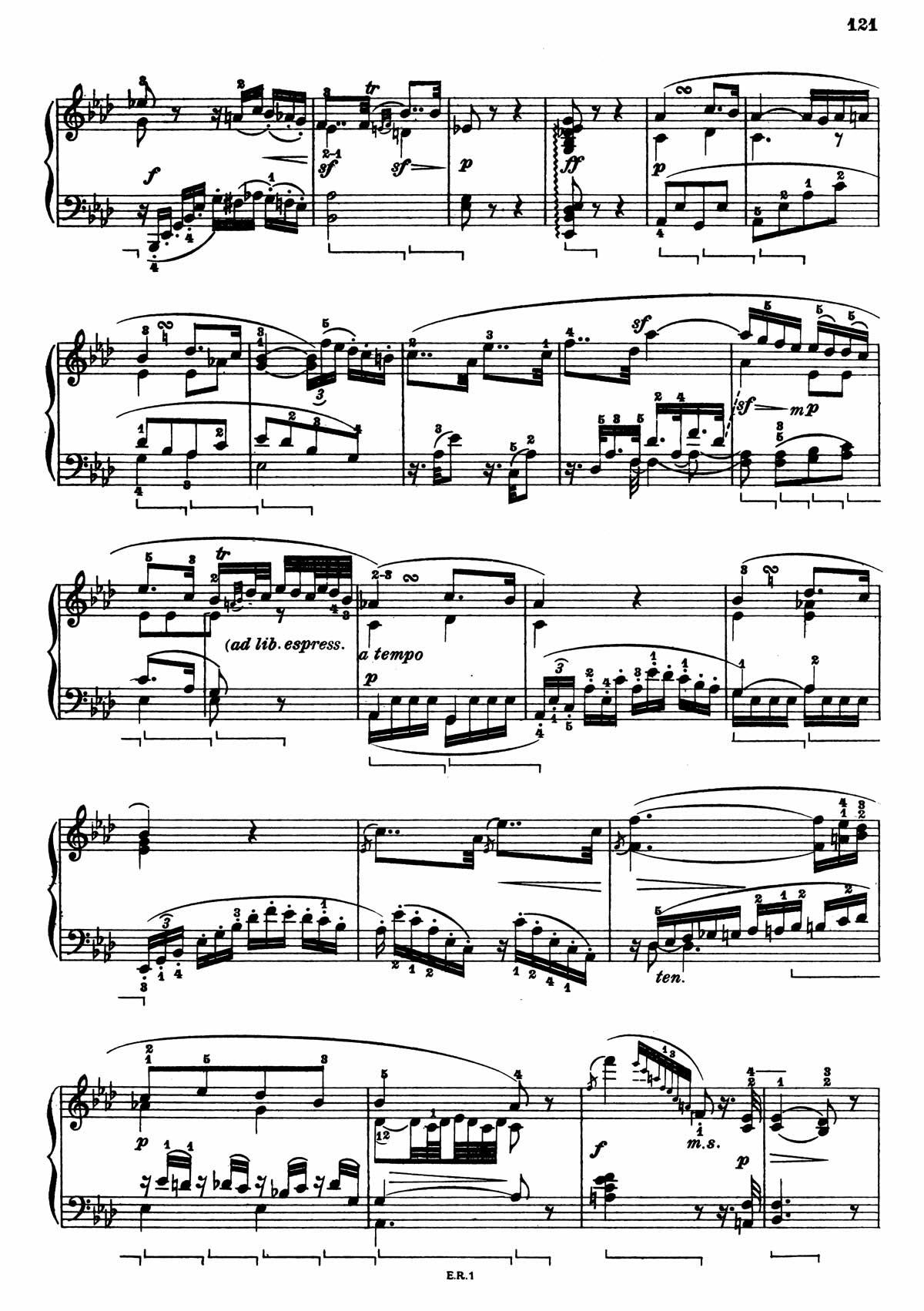 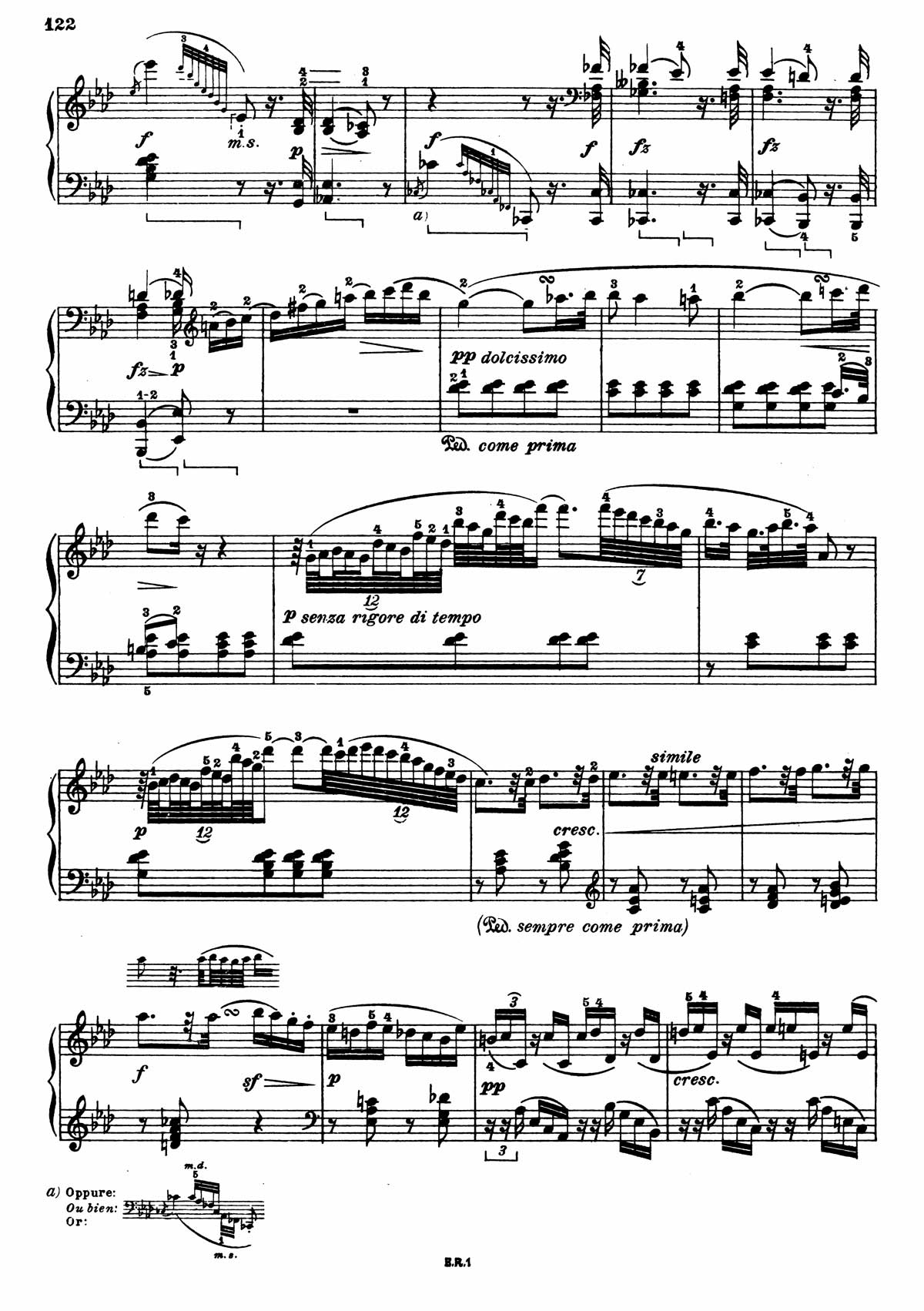 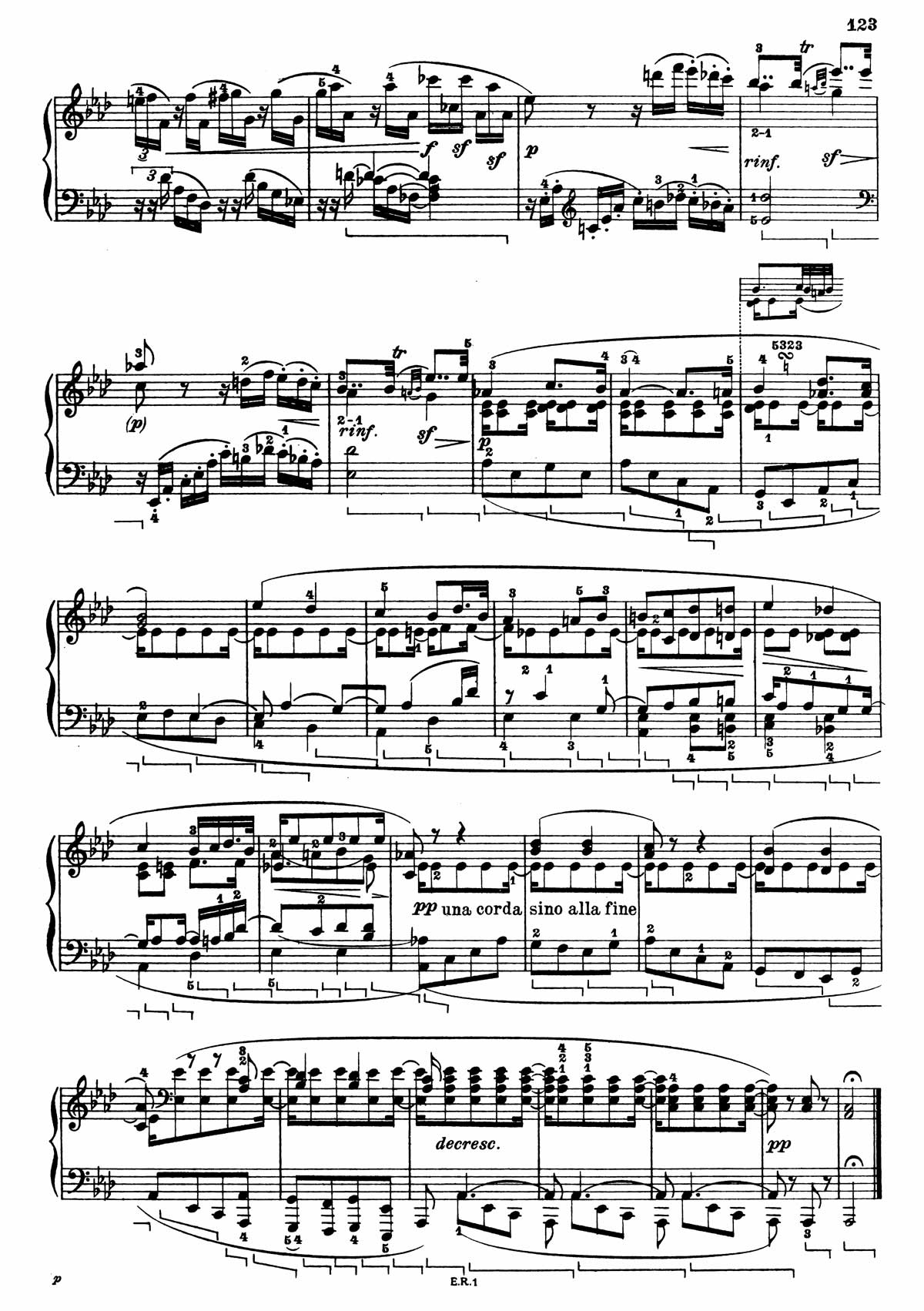 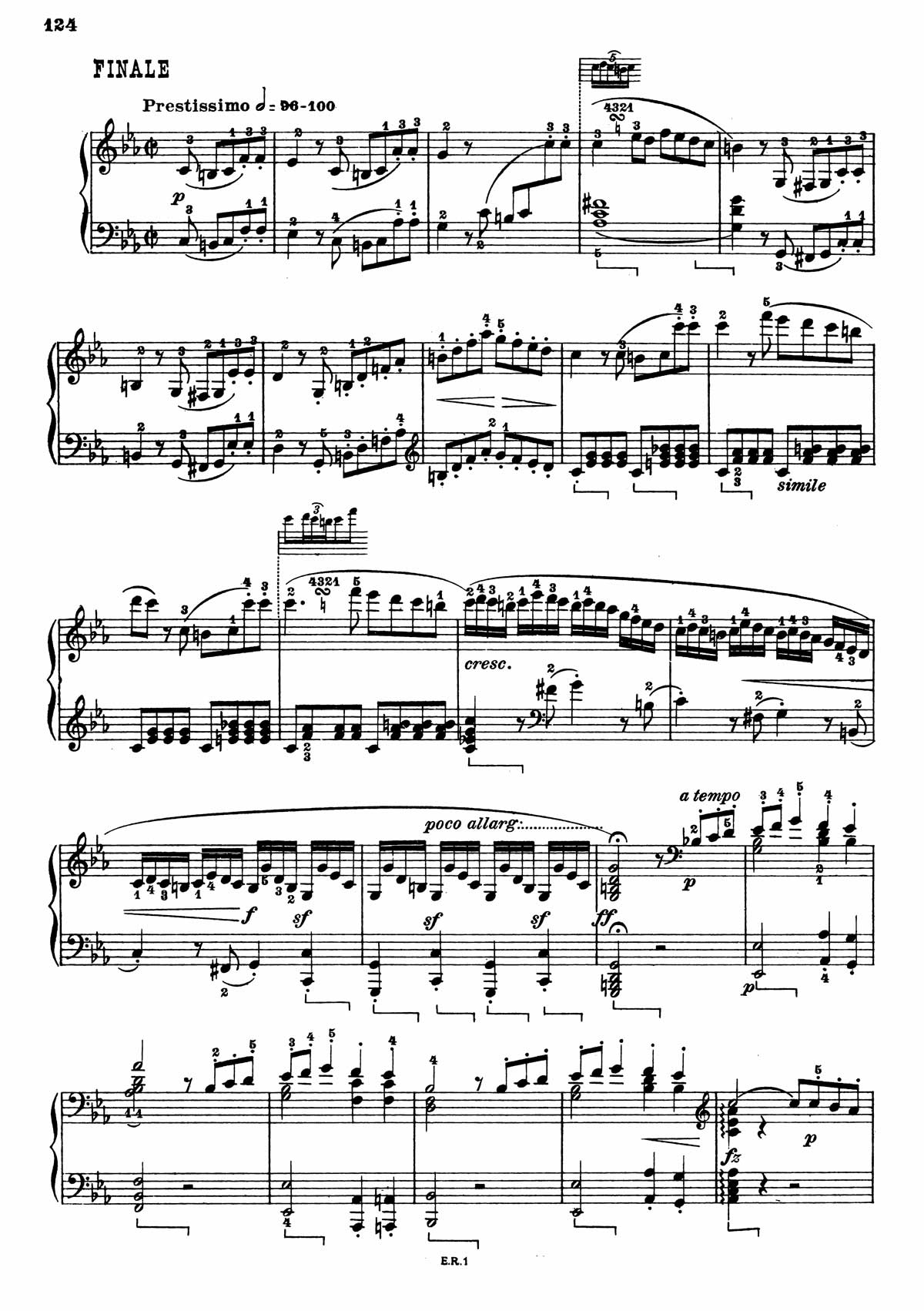 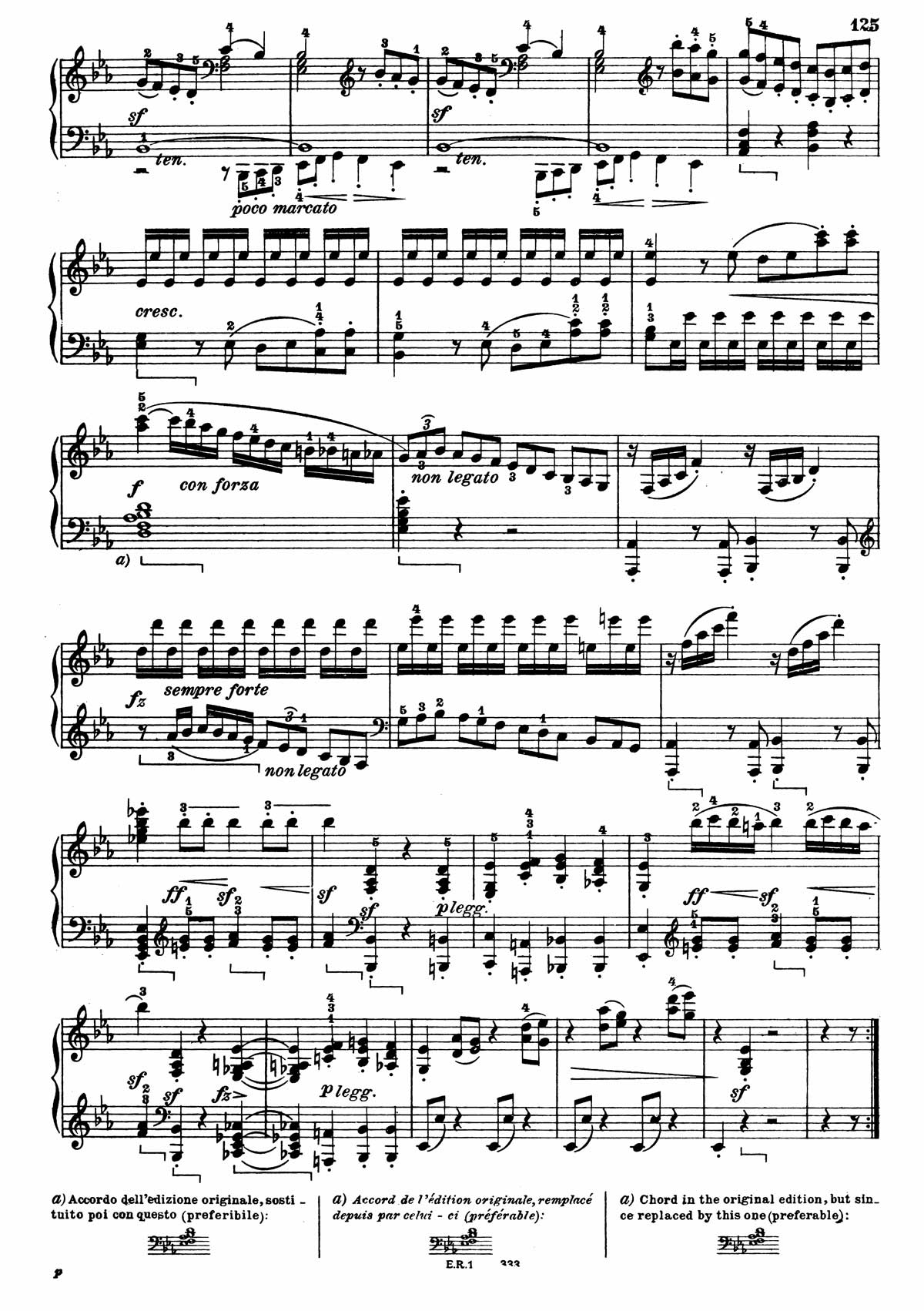 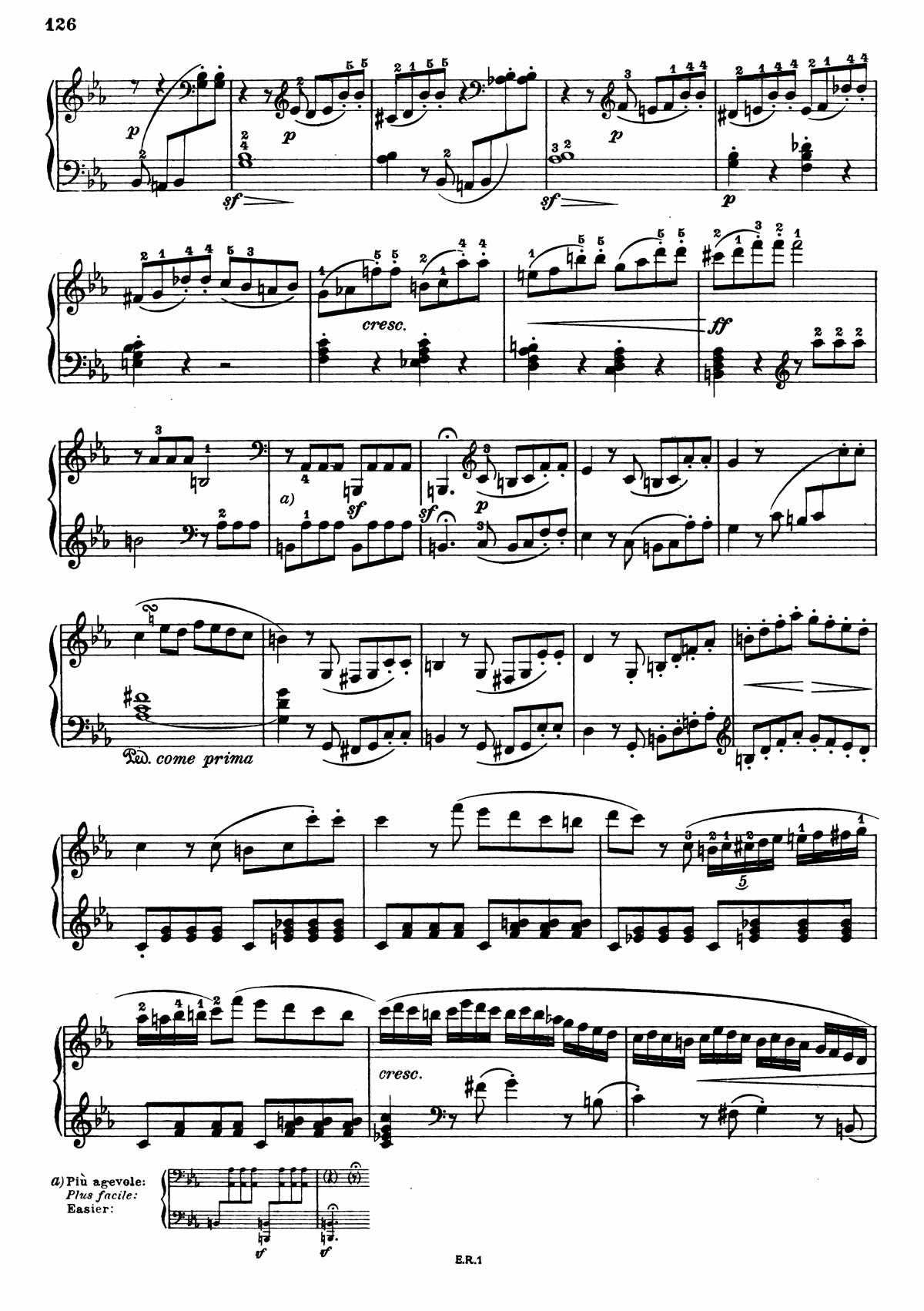 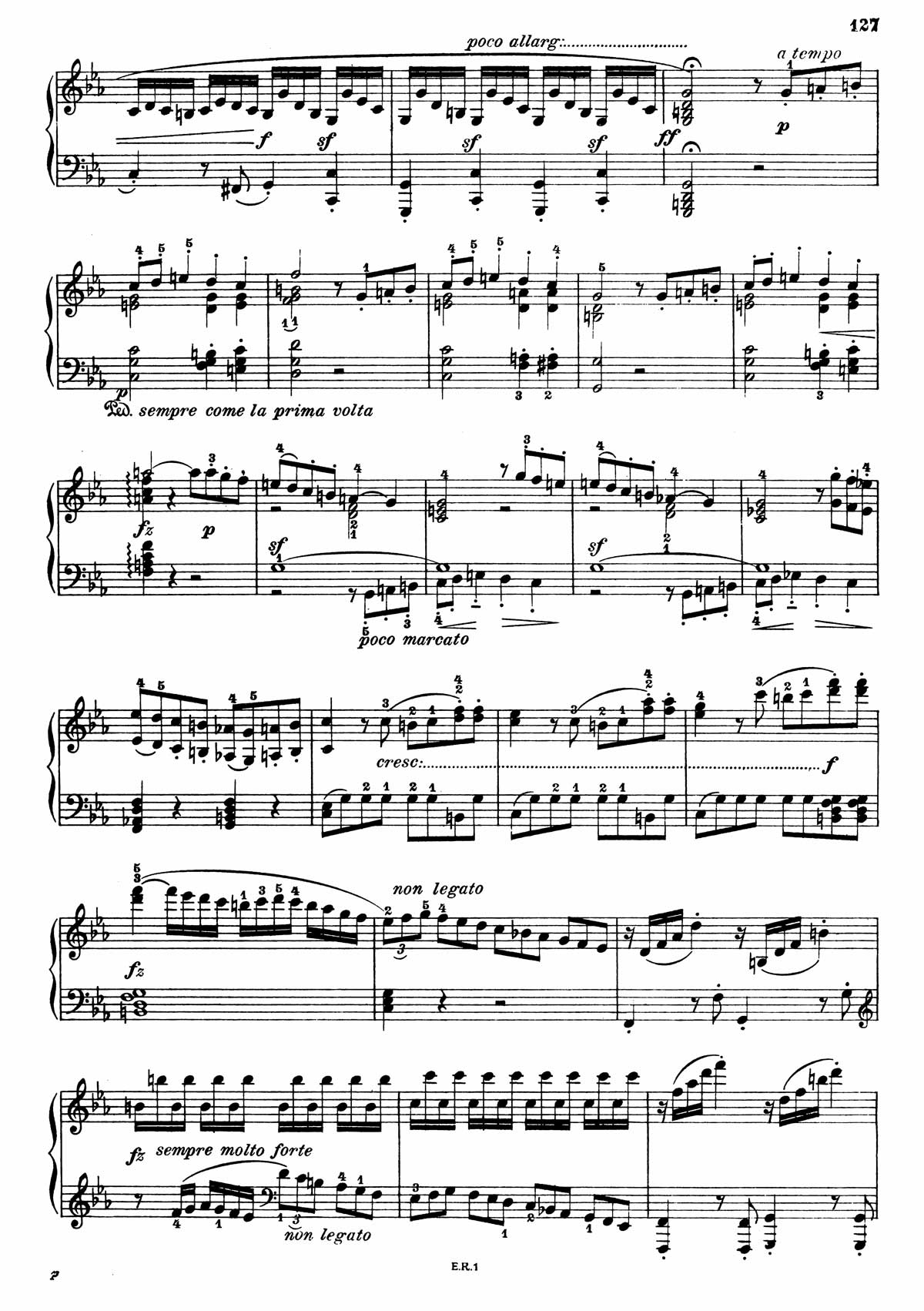 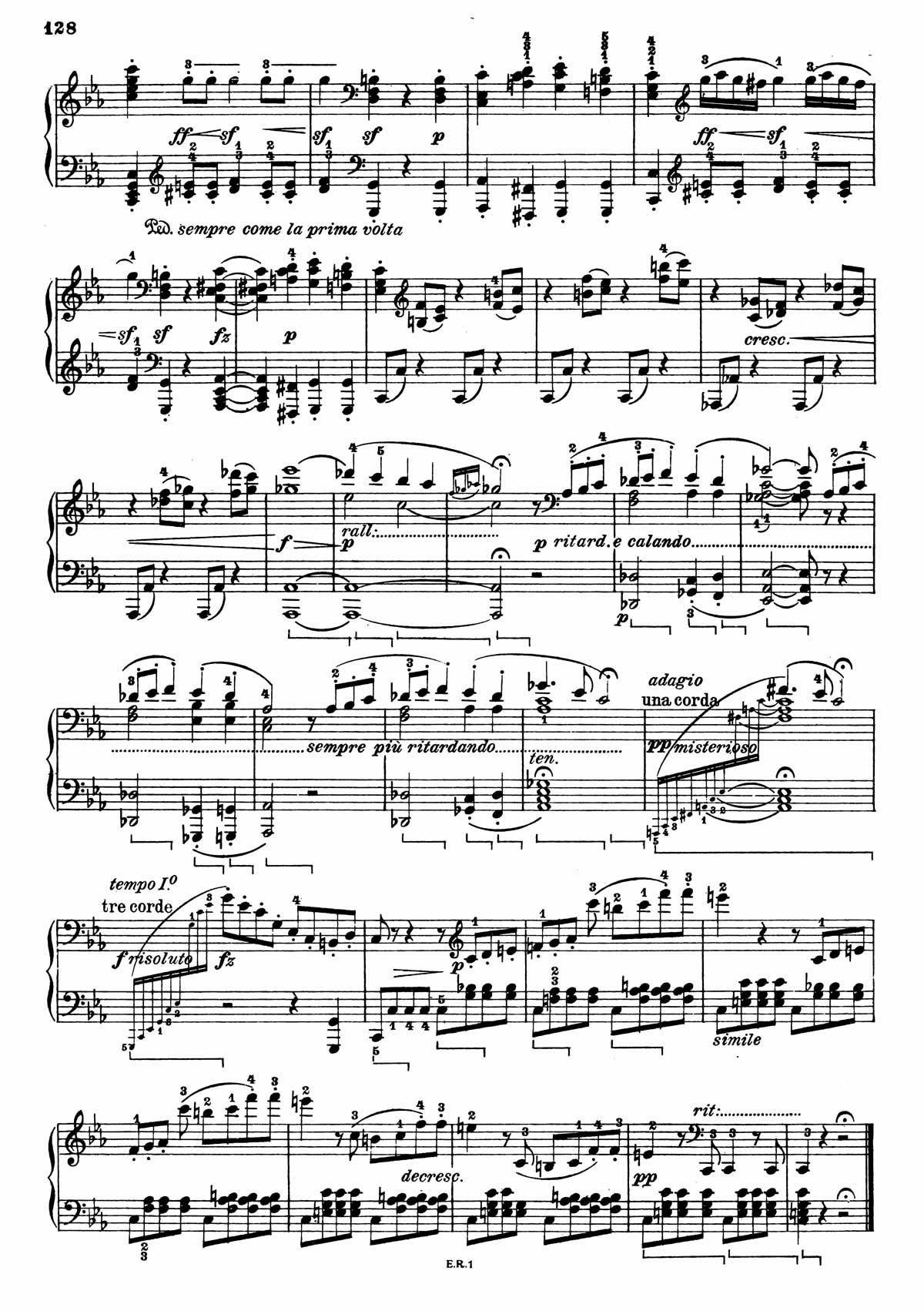 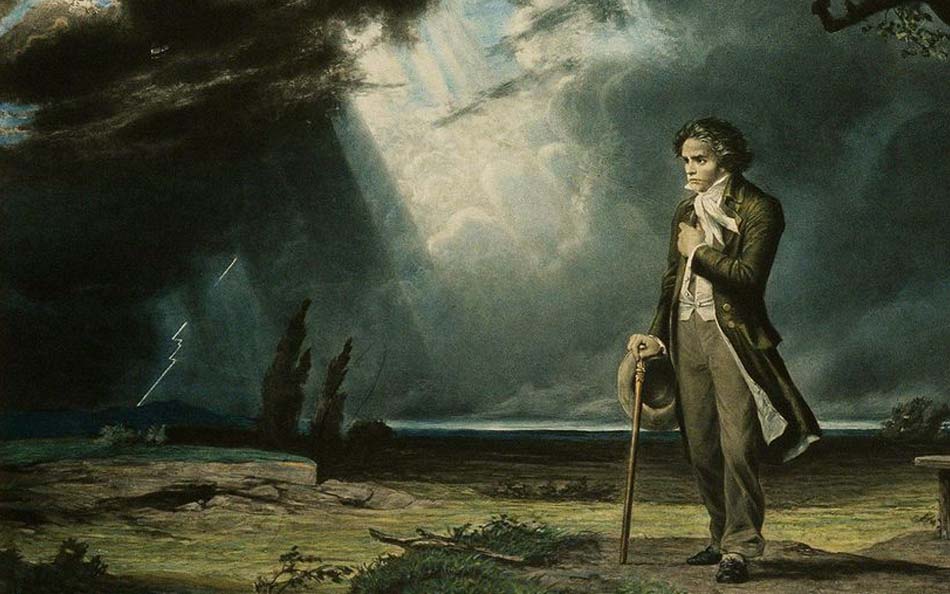 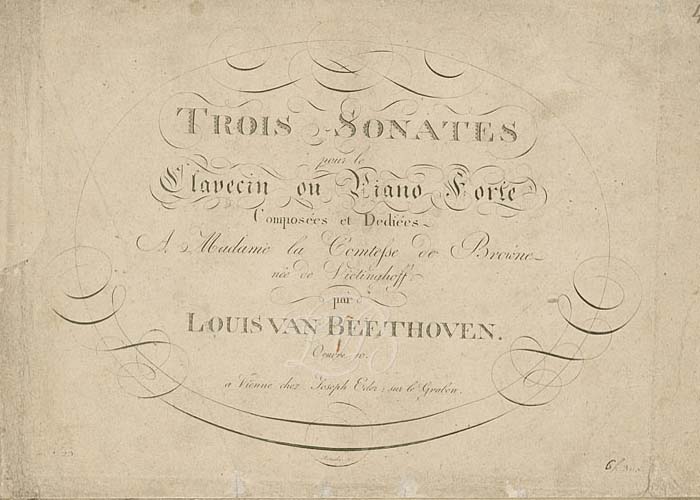 This is one of the easiest Beethoven sonatas to play. Its dramatic power is somewhat close to that of the "Pathetique" sonata due to its rhetorical silences, passages presented in unison, and dynamic contrasts.

In the three Opus 10 sonatas, the development section of the first movement is based on new material. The second movement is one of Beethoven's slowest and most beautiful. The last movement, especially hectic.

It's a surprising mix of effervescent nervousness and humor. It has that arrogant, almost battic ending, accentuated landings on wrong harmonies on the second track, frenetic tremolos, big dynamic changes, and a rather menacing lead track, all delivered in breakneck speed.

The sketches of the sonatas 5, 6 and 7 date from 1794, before the composition of the first four sonatas; 1, 2, 3 and 4. Beethoven was in Vienna studying with Haydn through the patronage of Maximilian Franz (1756– 1801), the elector of Bonn, but this support waned, so Beethoven had to borrow from Haydn. At the end of 1793, Haydn sent Beethoven's compositions to the elector as proof of his work. The voter's response stated that the compositions he received had already been heard in Bonn prior to Beethoven's departure and ended by saying: I highly doubt that he has made any major progress, and I fear that. .. will bring nothing but debt. It has been established that the manuscript paper on which the compositions were written is of Viennese origin, so the elector was wrong or was giving an excuse to suspend Beethoven's support, which he did in early 1794. However, when the three sonatas of Op. 10 (5, 6 and 7) were completed in 1797, Beethoven's fame had grown considerably in Vienna, and he was earning money from commissions.

Information on the facts in the composition of the Sonatas 5, 6 and 7

Sonatas from Op. 10 (Sonatas 5, 6 and 7) were published by Joseph Eder (1760-1835) around 1798. Eder was not a distinguished publisher; This ensemble is believed to be the only original work that was published by a major composer. These sonatas are dedicated to Anna Margarete Browne, it is said that she was an excellent pianist. She was the wife of Count Johann Georg von Browne-Camus (1767-1827), an officer of the Imperial Federation Army of Irish descent, who was patron of Beethoven in the 1790s. Beethoven dedicated the string trios op. 9 and the Piano Sonata No. 11 for him. Beethoven described him as the first patron of his muse in a dedicatory letter written in Vienna in July 1798, intended for an untracked work.

Considerations for the Sonatas 5, 6 and 7

Opus 10 is a set of three sonatas; 5, 6 and 7. The first two are lighter, written in the more typical three-stroke pattern with shorter strokes. These two works (Sonatas 5 and 6) have the reputation of being good pieces for those who they study Beethoven's sonatas for the first time. Return the third sonata (Sonata No. 7) of the ensemble to the larger four-movement structure as exemplified in Sonatas No. 1, 2, 3 and 4. A new structural concept is introduced in the last movement of the Sonata No. 6.

Possible relationships between the Sonatas 5, 6 and 7

Considerations for the Sonata 5

The movement opens with a strong tonic chord followed by a series of Mannhiem figration in the right hand in plucked rhythm, each time answered by a lyrical phrase. At measure 22, the dotted rhythmic figure intensifies.

An unusually long transition features chord progressions in A♭ major, F minor, and D♭ major, the latter extended to reach the dominant of E♭ major, the expected pitch for the second subject area.

The second theme is enunciated, its second phrase extended to a climax that presents the reentry of the dotted rhythm of the first theme in bars 86 to 90.

A closing section features a series of cadences in E major on a bass line using material taken from bars 48 to 55 of the transition.

The opening theme material is presented in C major.

A new theme appears in F minor and D ♭ minor. Although its exact outline did not appear in the exposition, it is possibly related to answering phrases of the opening theme in measures 3-5, 9-12, etc. and perhaps the melodic phrase of the transition in measures 32–36 , and else.

A fragment of the new theme is presented and expanded, going through D♭ major, D♭ minor, F minor and C minor.

The staccato chords that leave the starting pitch and descend to mark the beginning of the recap.

The transition acts as a change of course, presenting its chord progression twice in G♭ major, then in its extended version in E minor, moving to a dominant with a ninth flat in preparation for the second theme.

The second theme is presented in F major. Its third phrase repeats itself, its tonic dominant progression arriving in F minor at bar 229, which in turn acts as the subdominant in a progression leading to the opening tone, C minor. The prominence of F major or F minor in the recapitulations of movements in C minor can also be observed in the first movements of the Sonata No. 8 and the Sonata No. 32.

The opening phrase of the second theme is presented in C minor, the first time the theme is developed in minor instead of major. It extends as much as in the exhibition.

Re-entry of the opening reason and closing are indicated in the start tone.

The sonata form without development is sometimes called the truncated sonata form. The structure also occurs in the second movements of the Sonata No. 2, Sonata No. 17, and with a slight modification in the Sonata No. 26. In this movement the end of the exposition is in measure 44; the recap begins at bar 46.

The second theme areas are dominant and tonic respectively.

A coda uses alternation between tonic and dominant to bring the movement to a calm ending.

This is possibly the most challenging movement in the sonata due to its extremely slow tempo and complex rhythmic patterns. Note values range from quarter notes to sixty-fourths, the latter in elaborate ornamental figurations in bars 28 to 30 and 75 to 77.

The opening theme is based on a rhythmic figure characterized by a five-note rhythm.

A second jovial theme is in the expected major relative, Mi♭.

The opening theme returns in E♭ major and written in an extended way.

The closing theme uses a fragment of the main theme.

A polyrhythmic passage, three against four, poses the most difficult technical challenge of the movement, perhaps even of the entire sonata.

A development section of only 12 bars is based on the opening motif.

The opening motif is fragmented to produce a rhythmic figure that may recall the famous opening of Beethoven's Symphony No. 5.

The topics heard in the exhibition are presented.

A modulation to D-flat major marks the beginning of an unusually long section of the ending in which the second theme is spoken in D major. The suspense is introduced with a fermata and a compass marked in Adagio. The opening tempo returns with the first theme motif in C major, the tone that brings the movement to a quiet close.