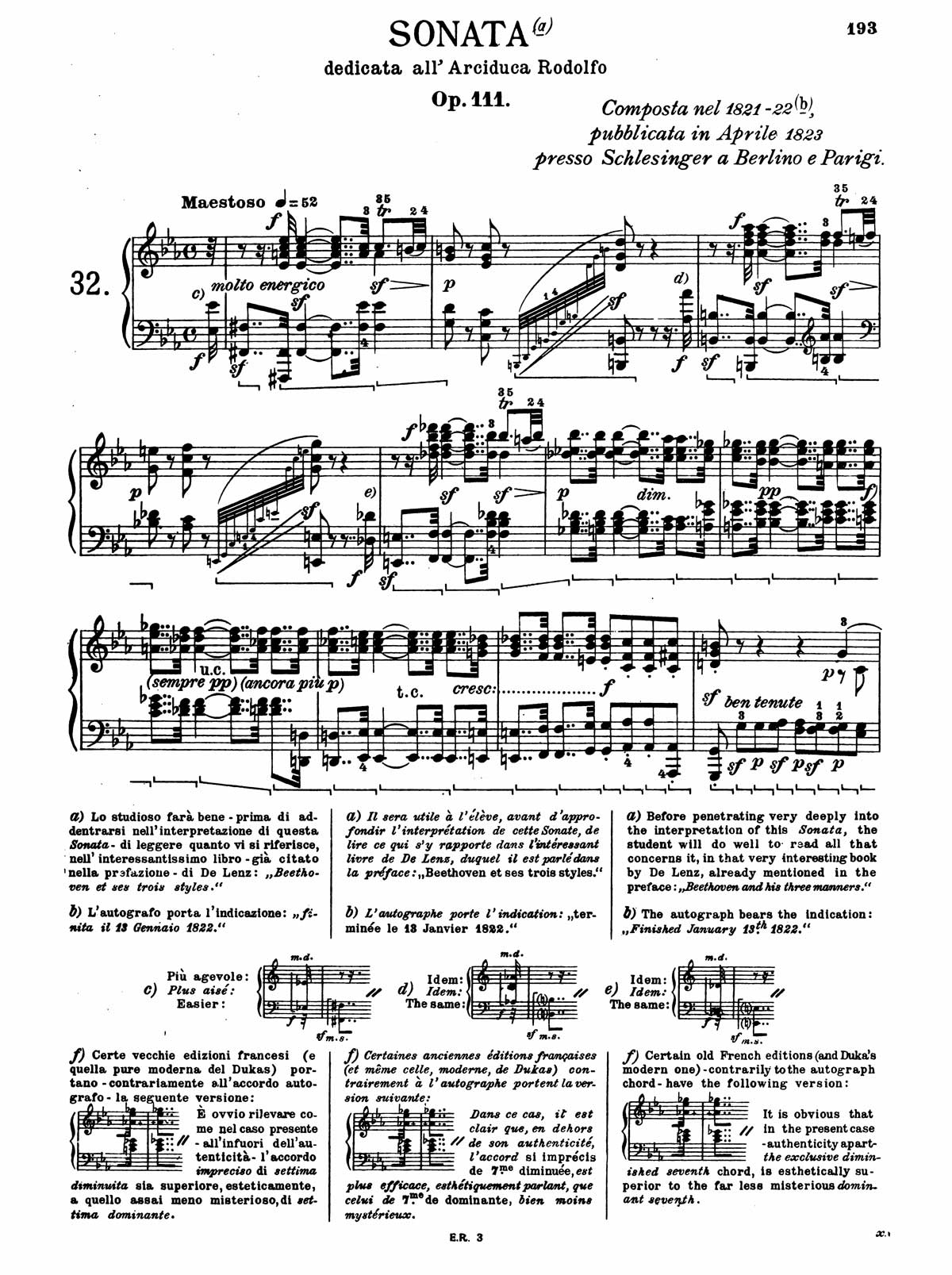 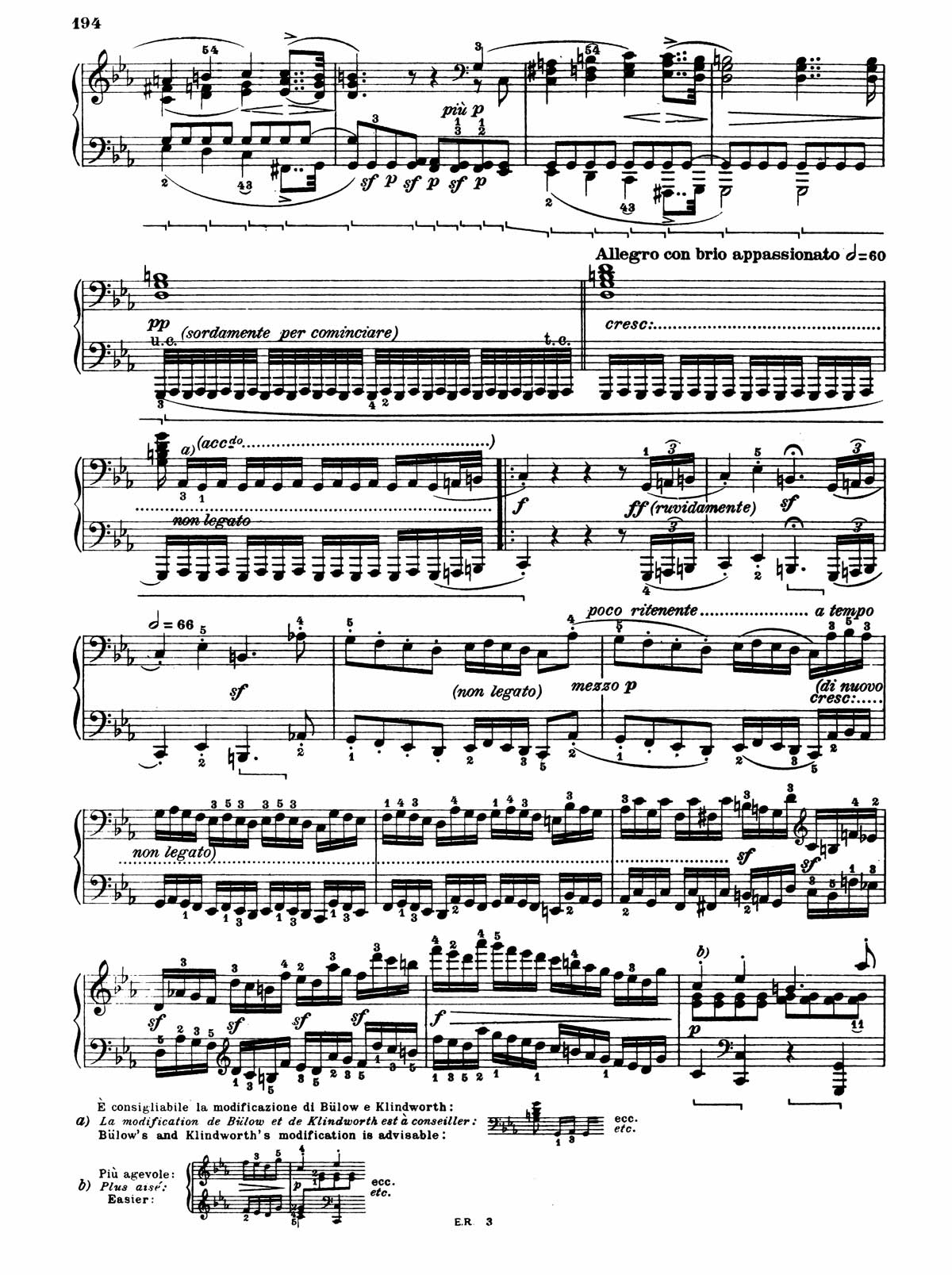 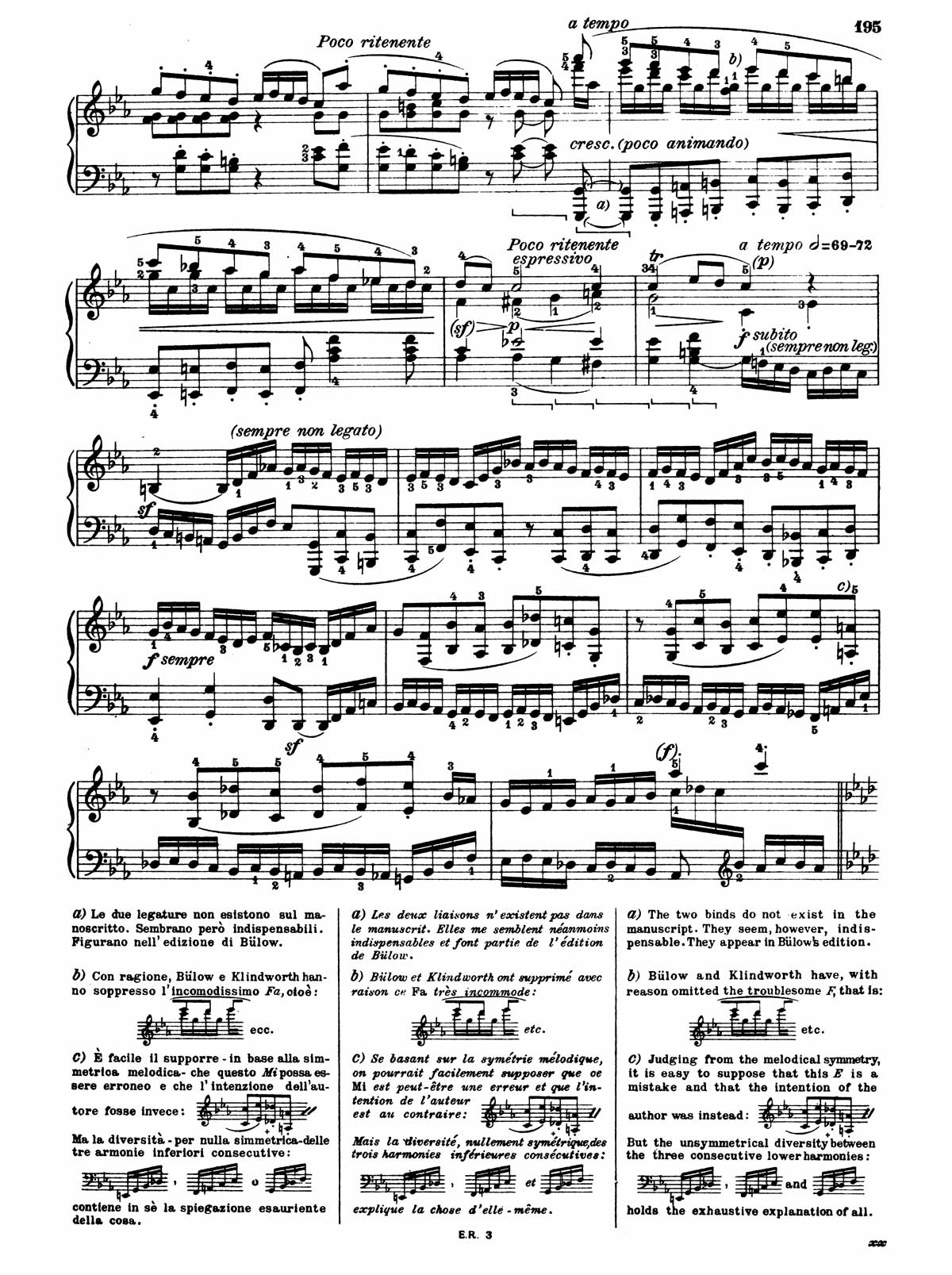 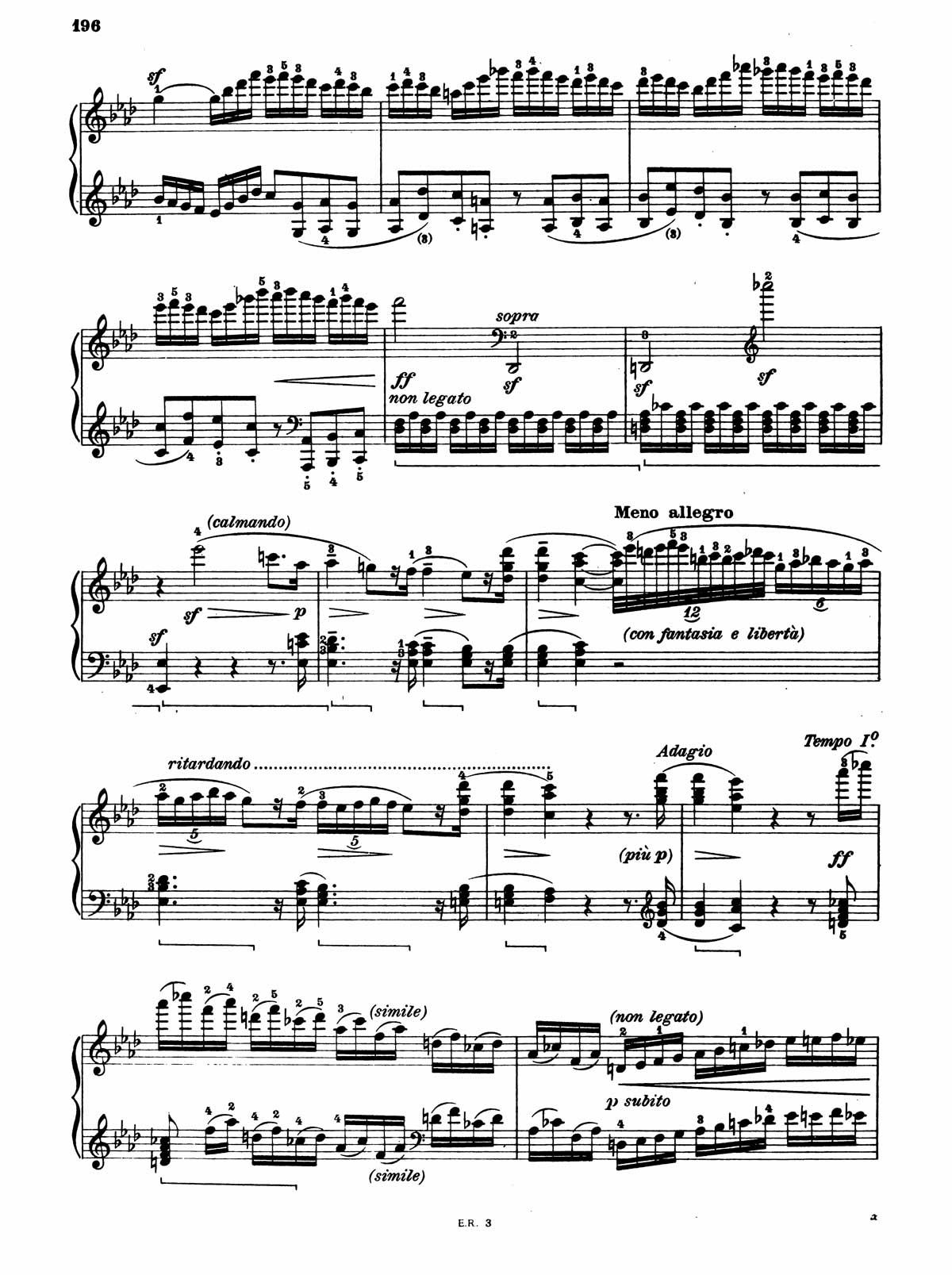 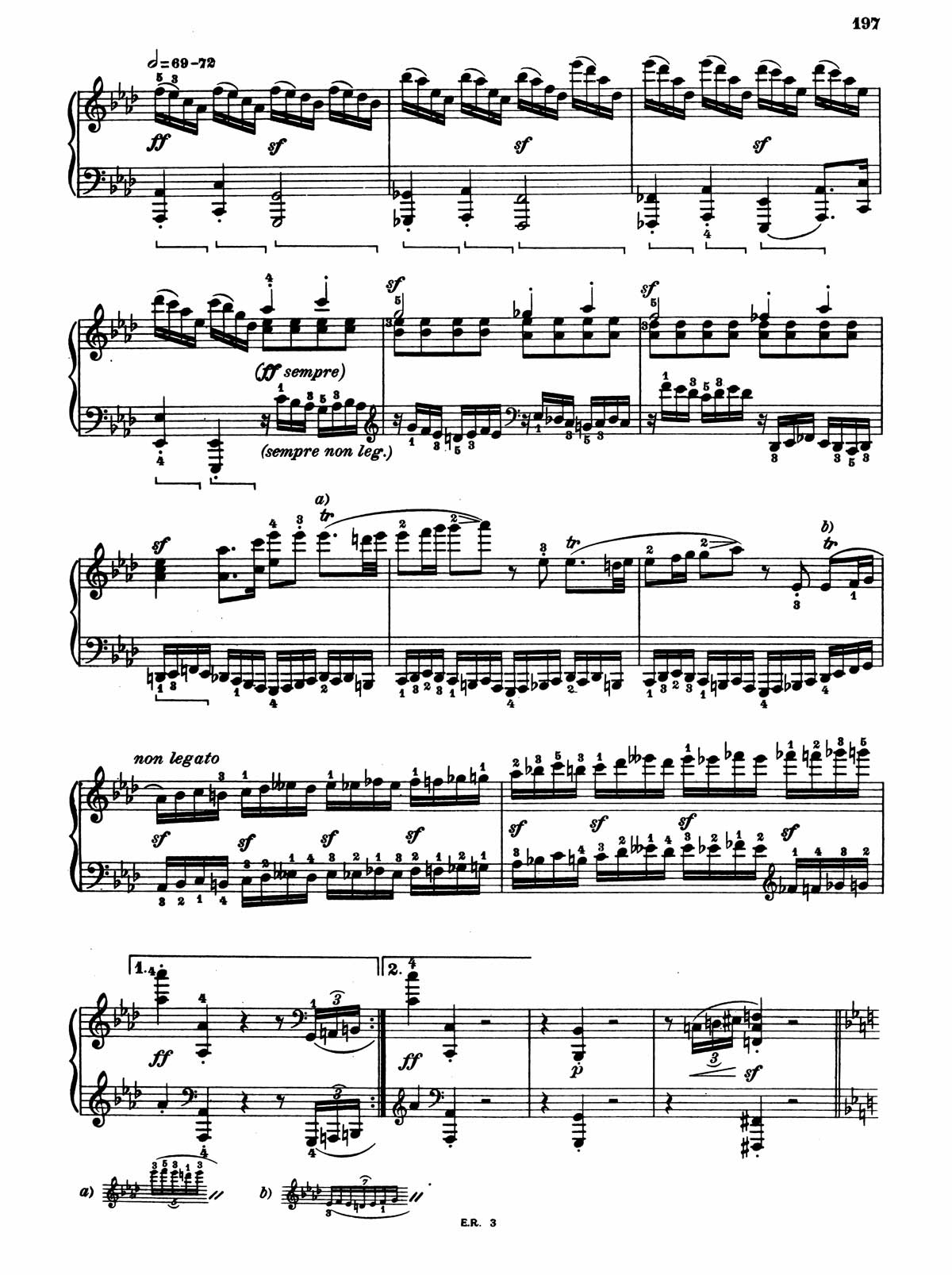 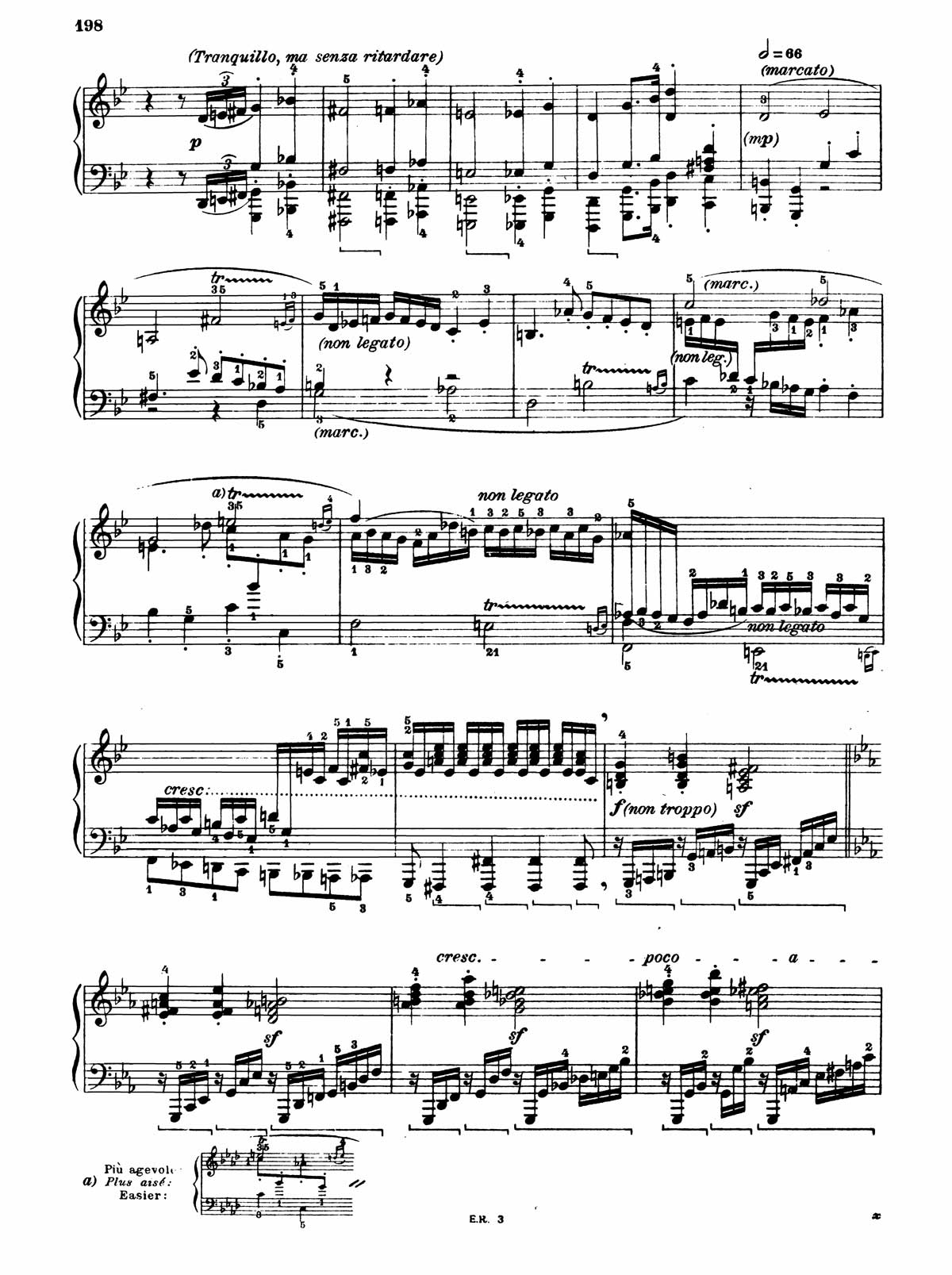 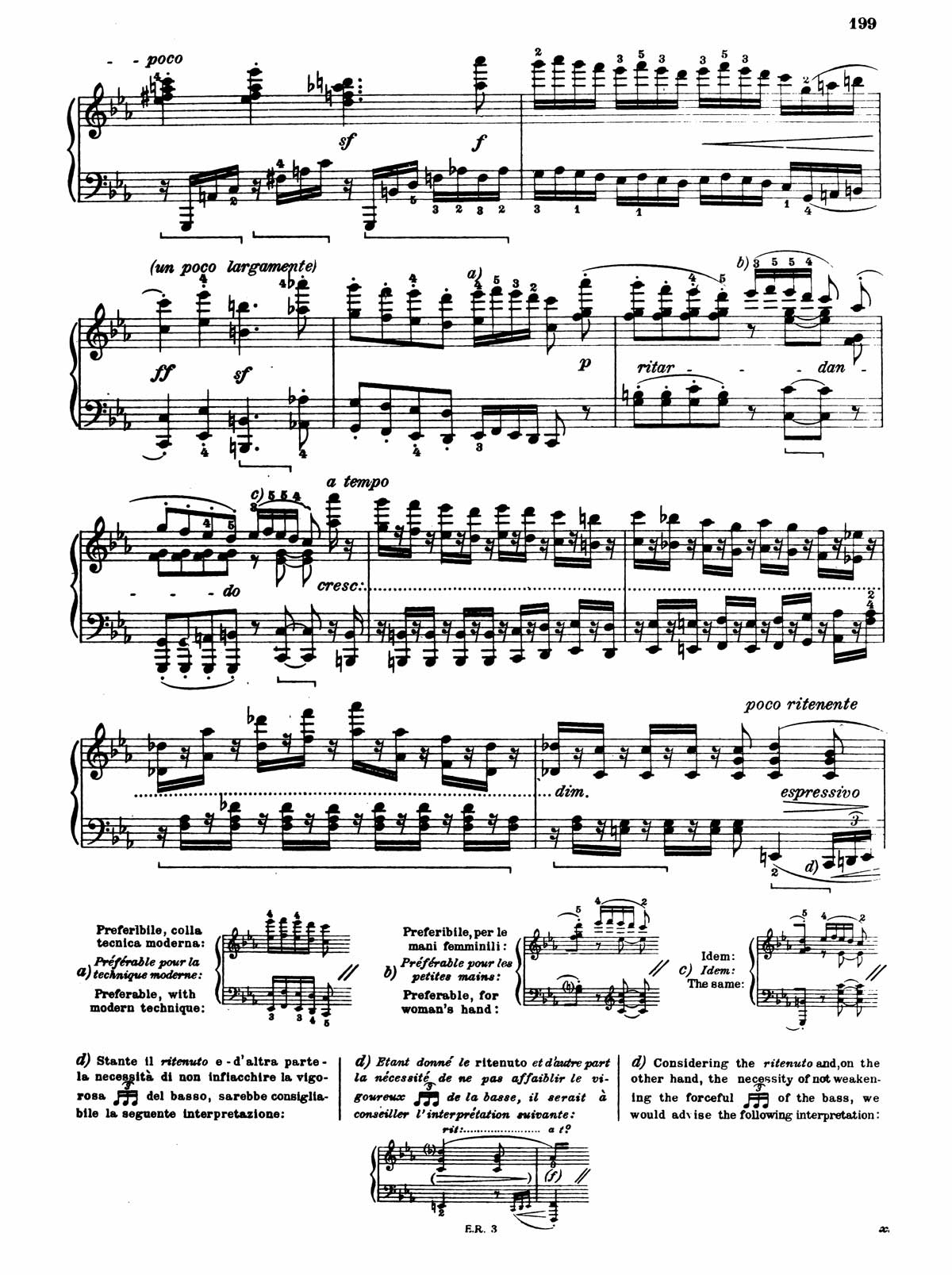 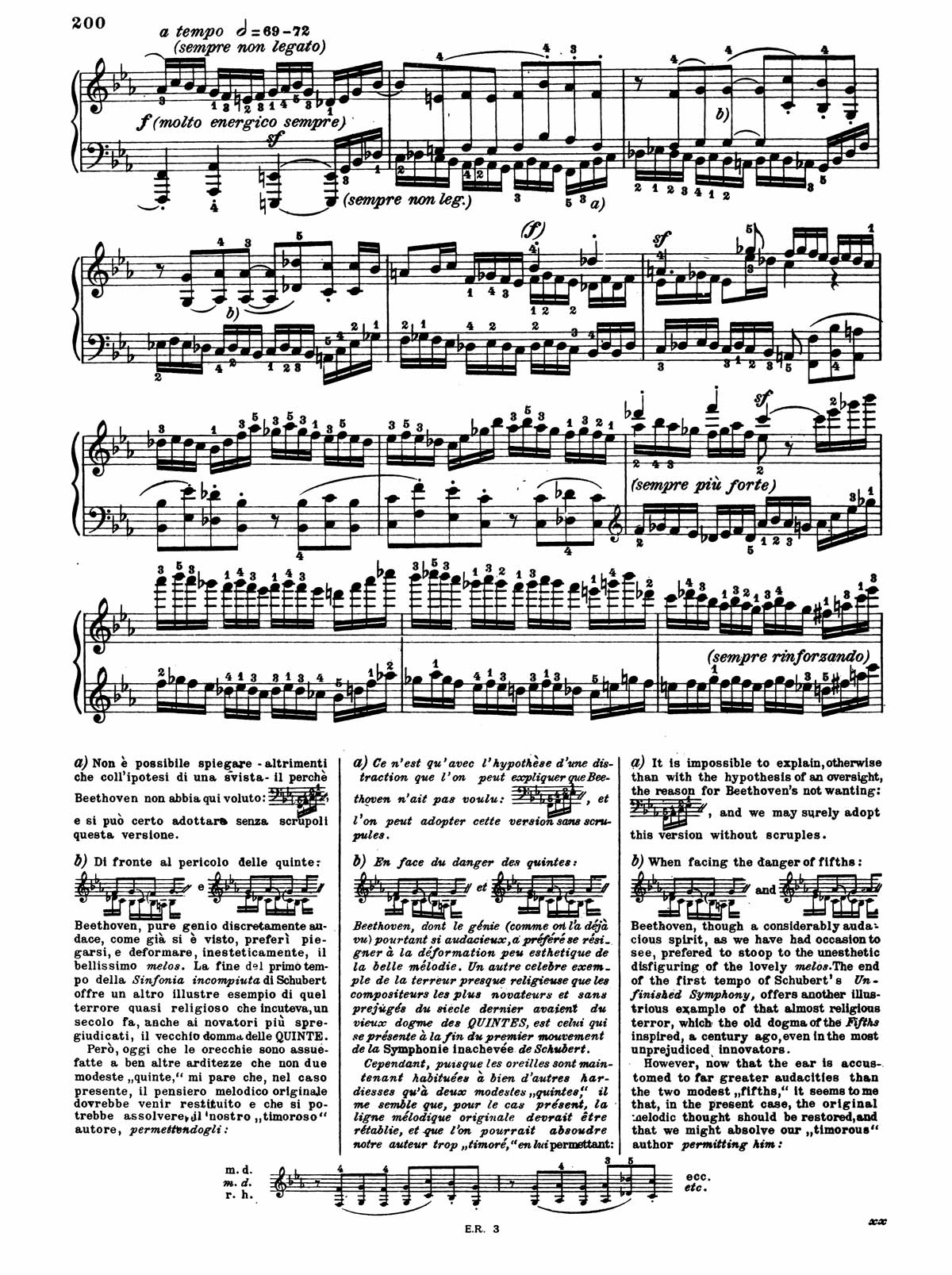 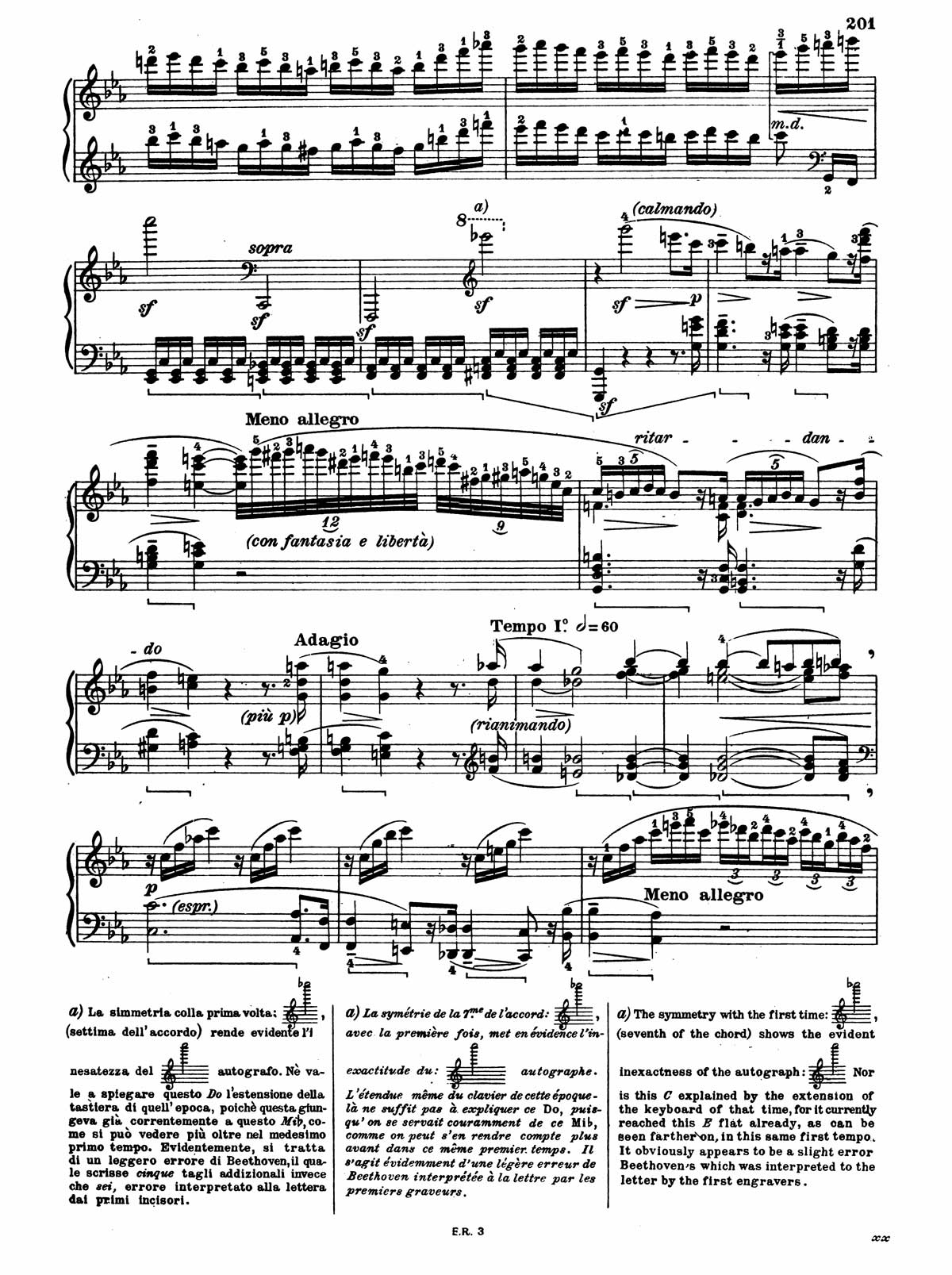 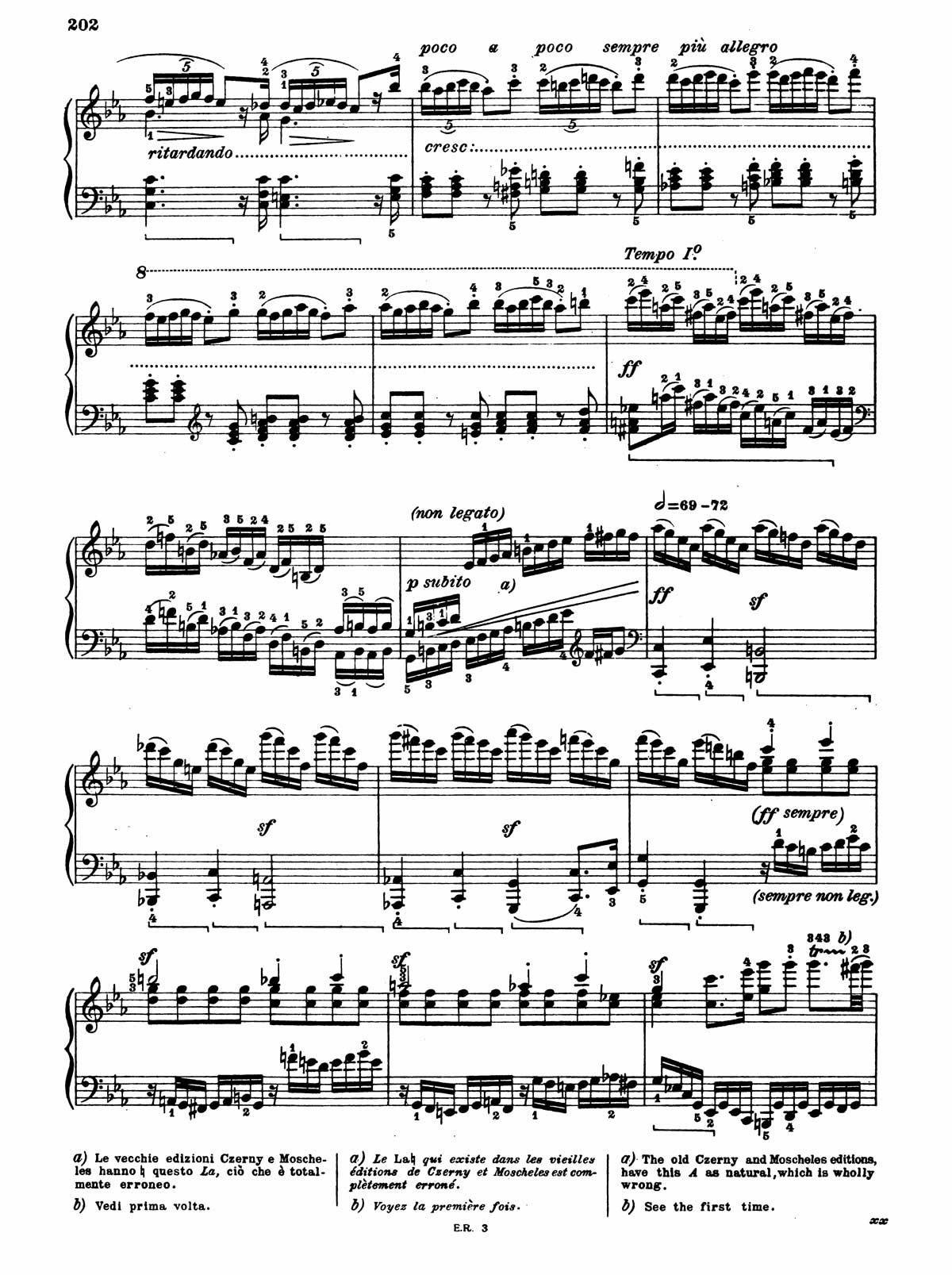 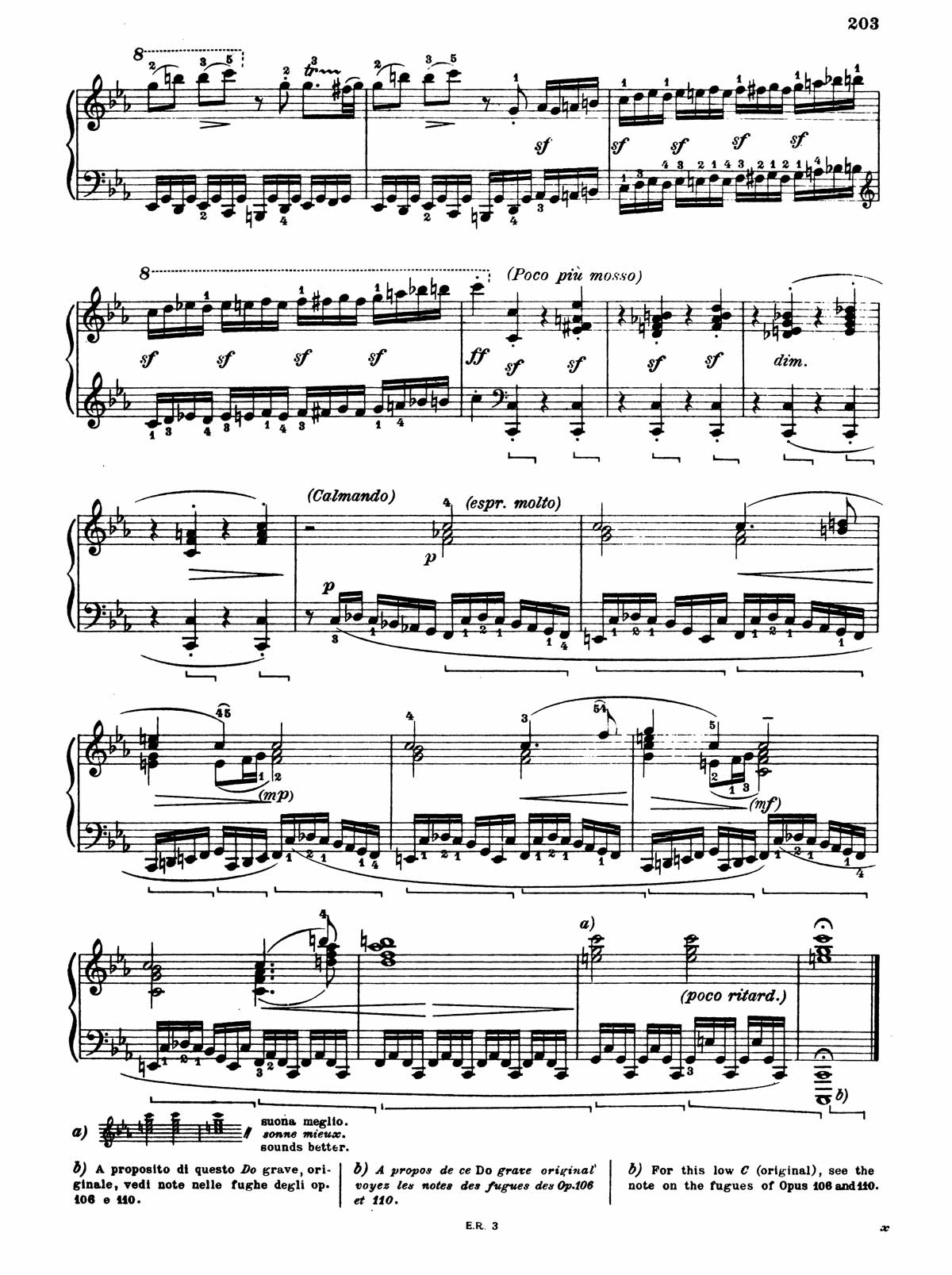 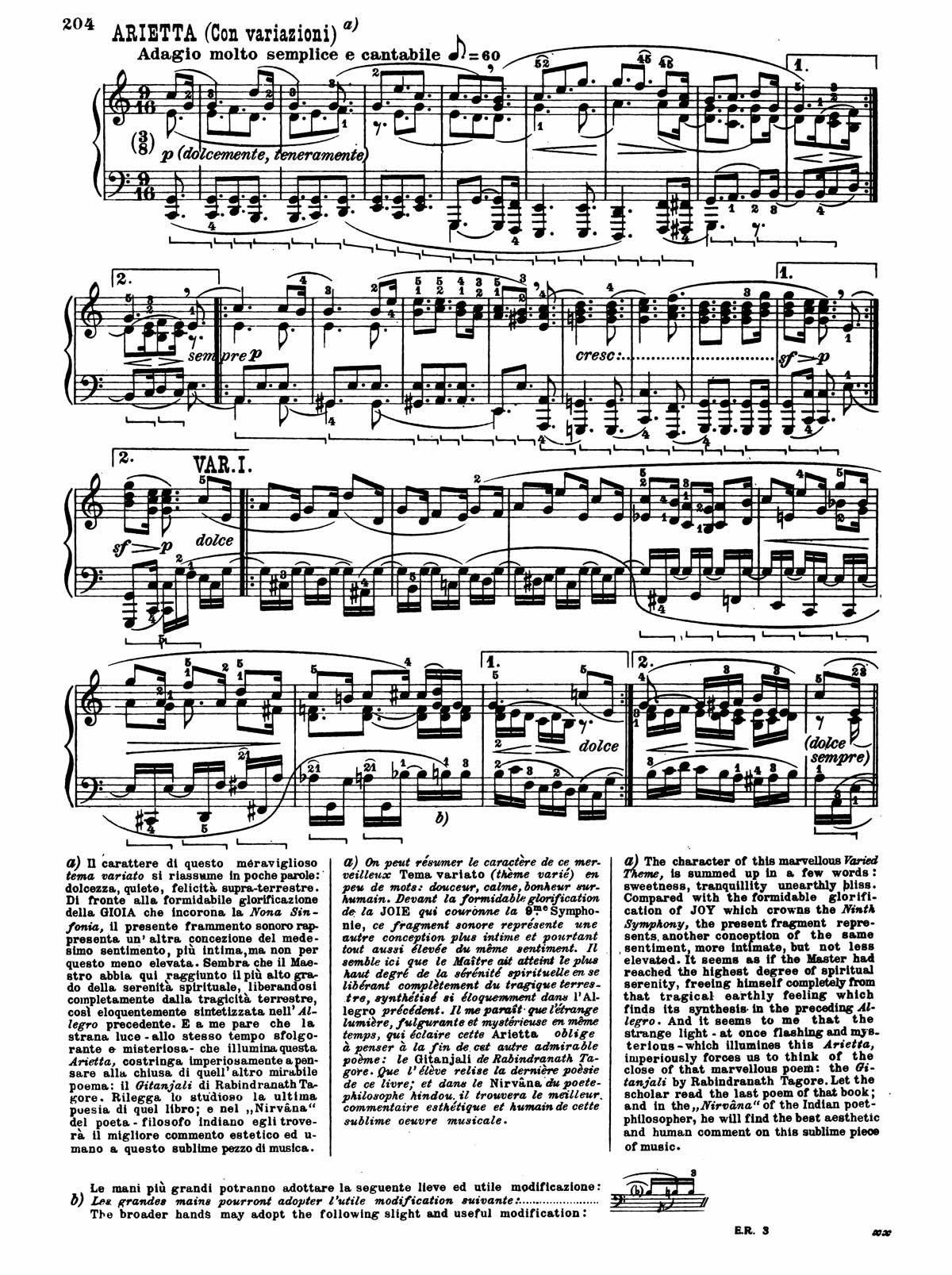 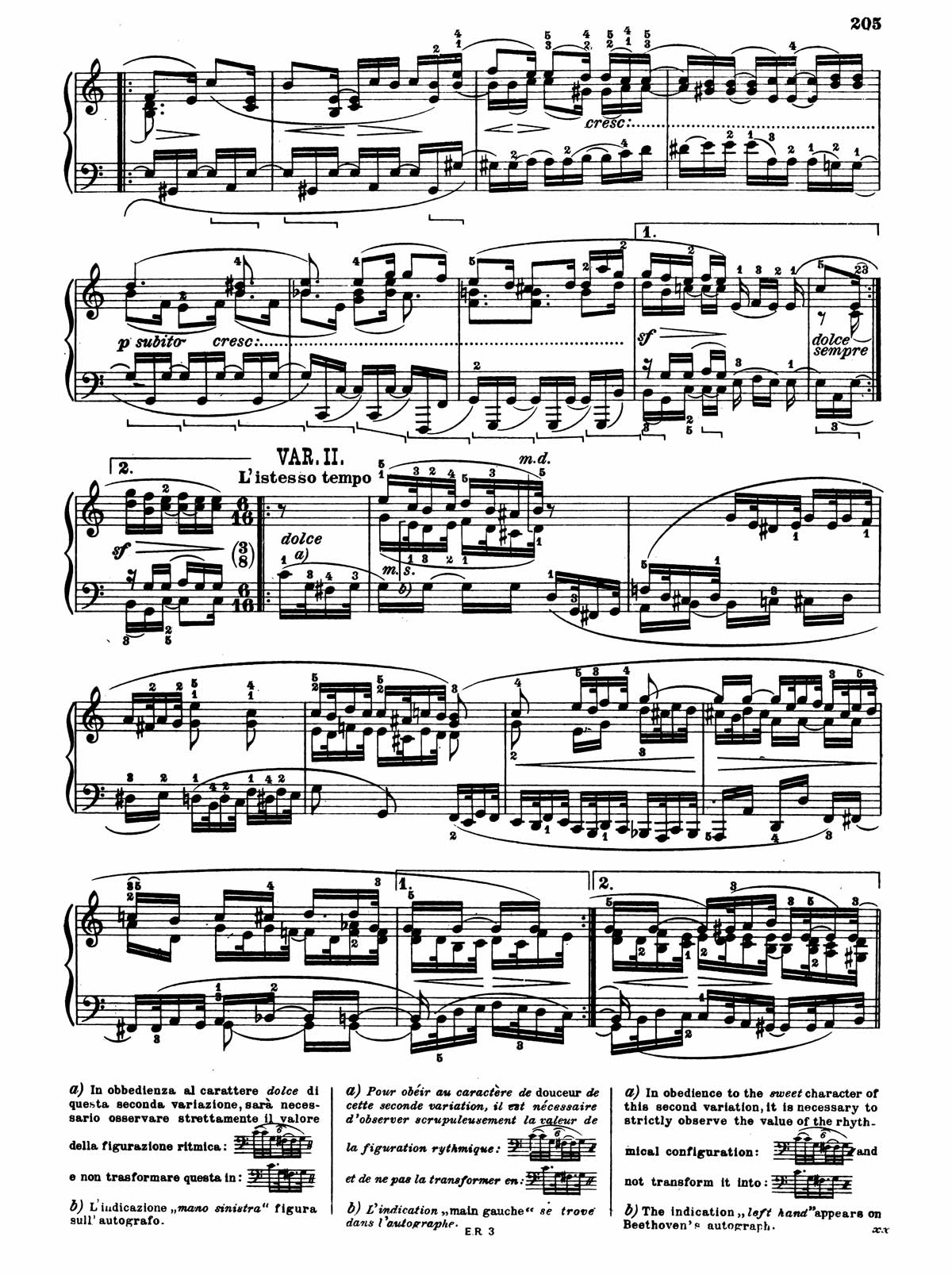 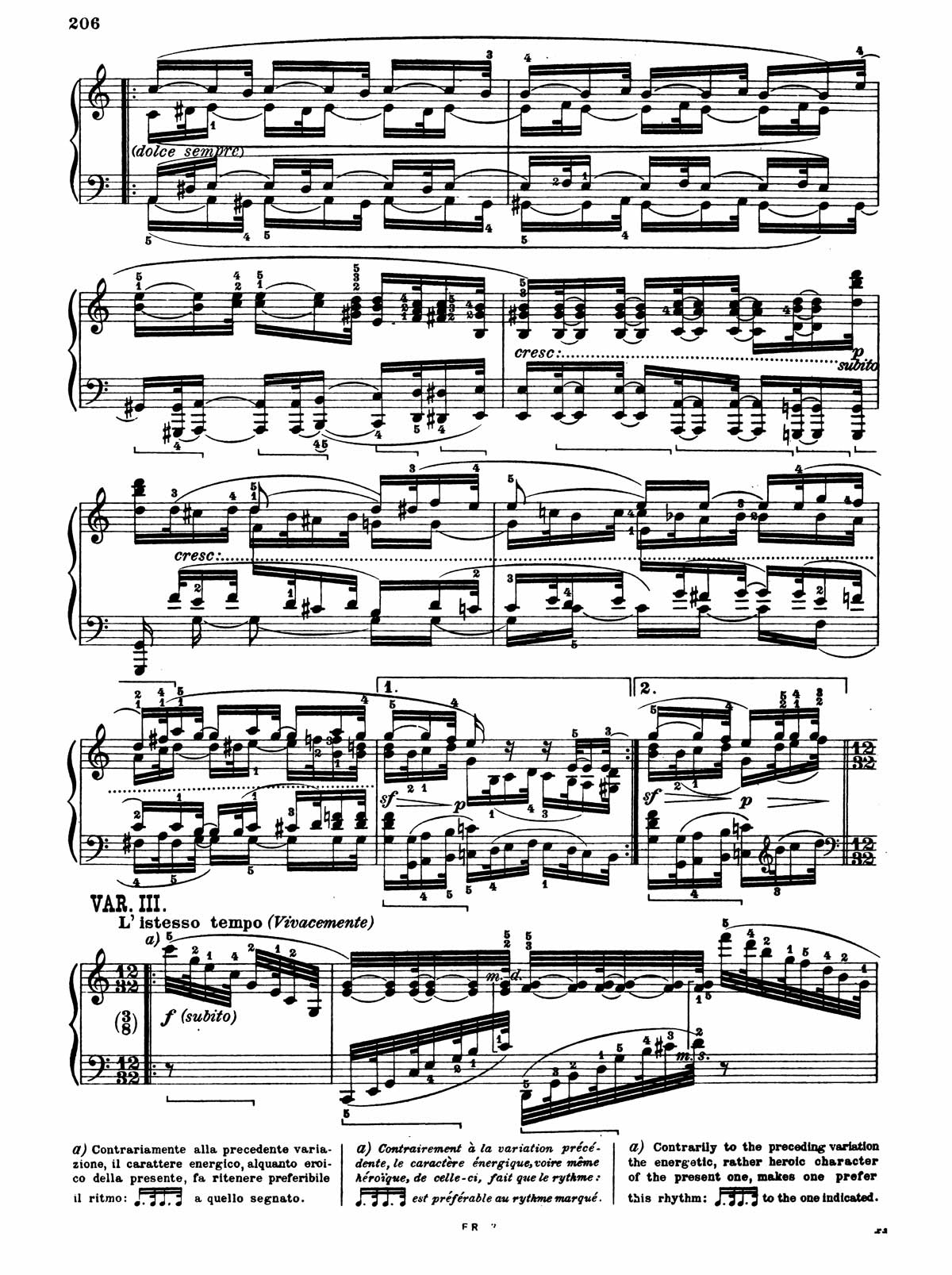 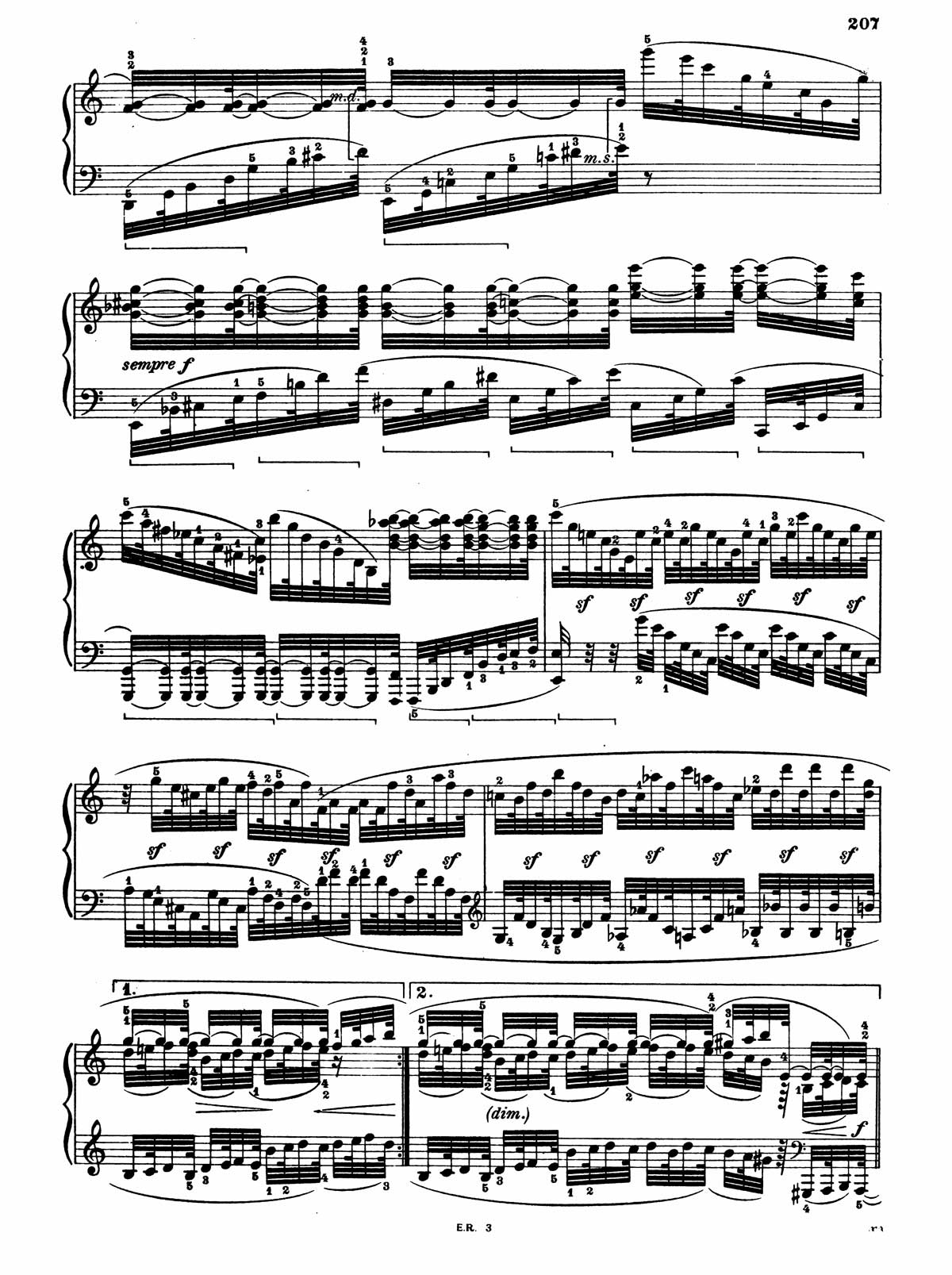 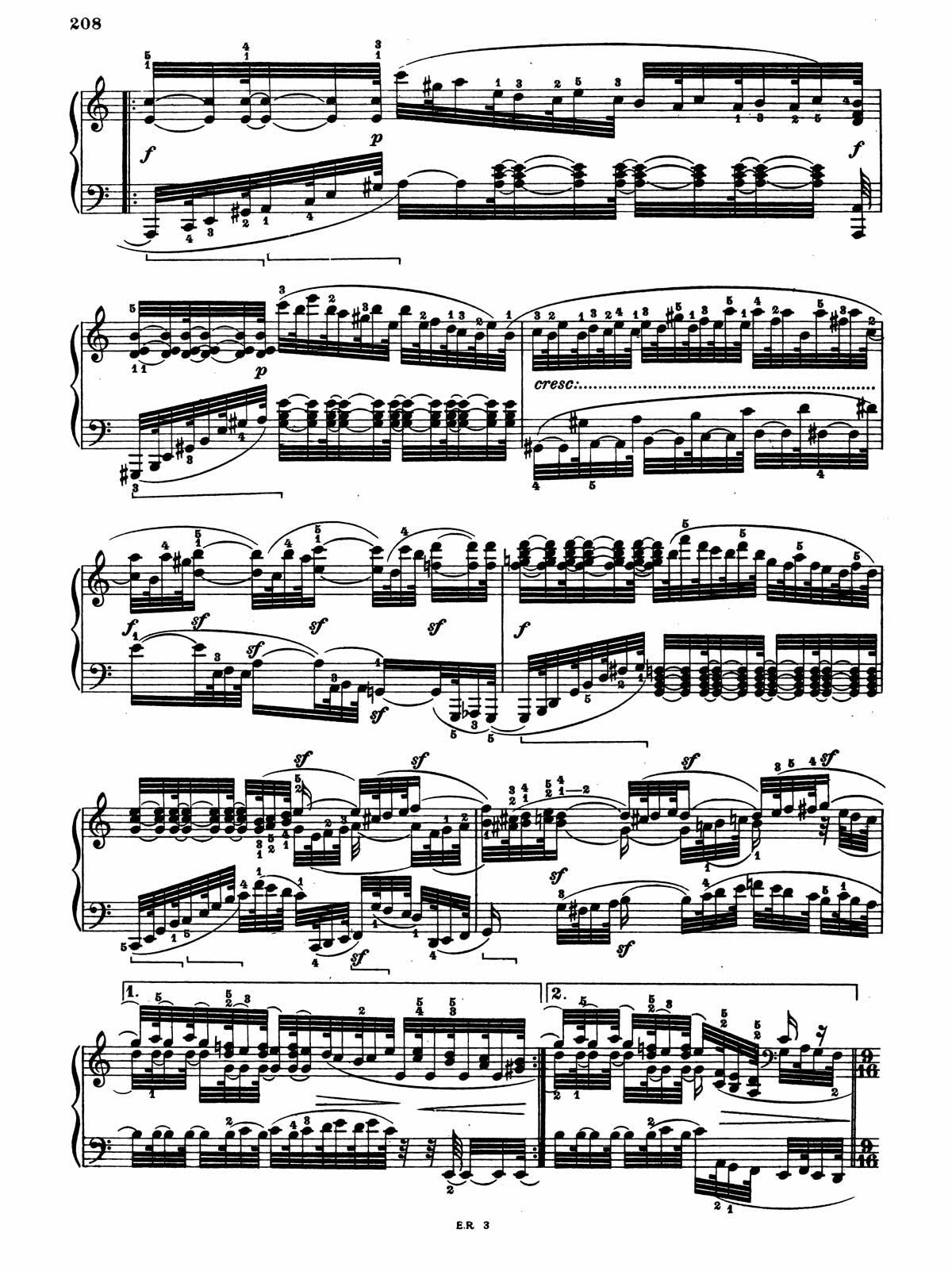 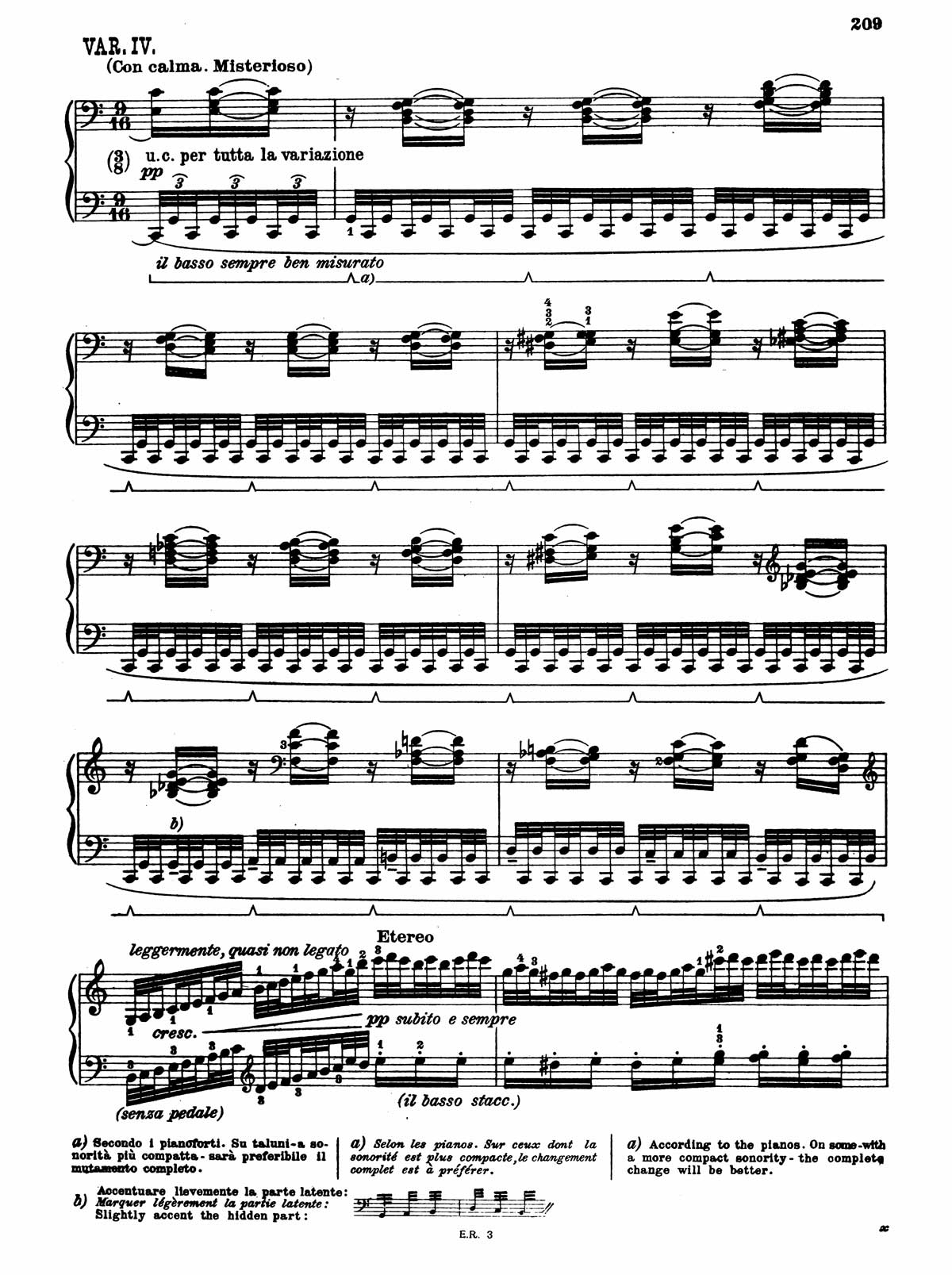 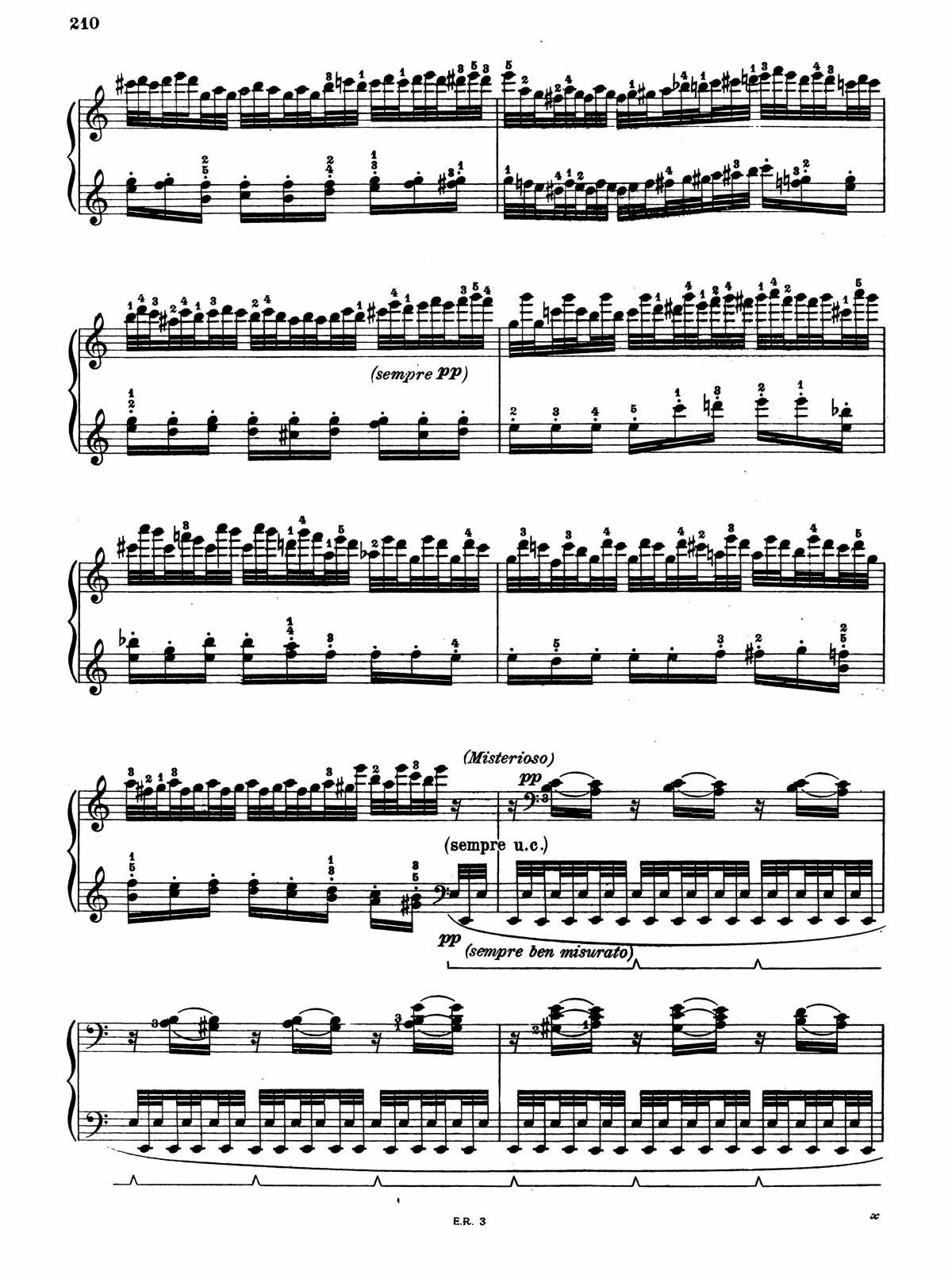 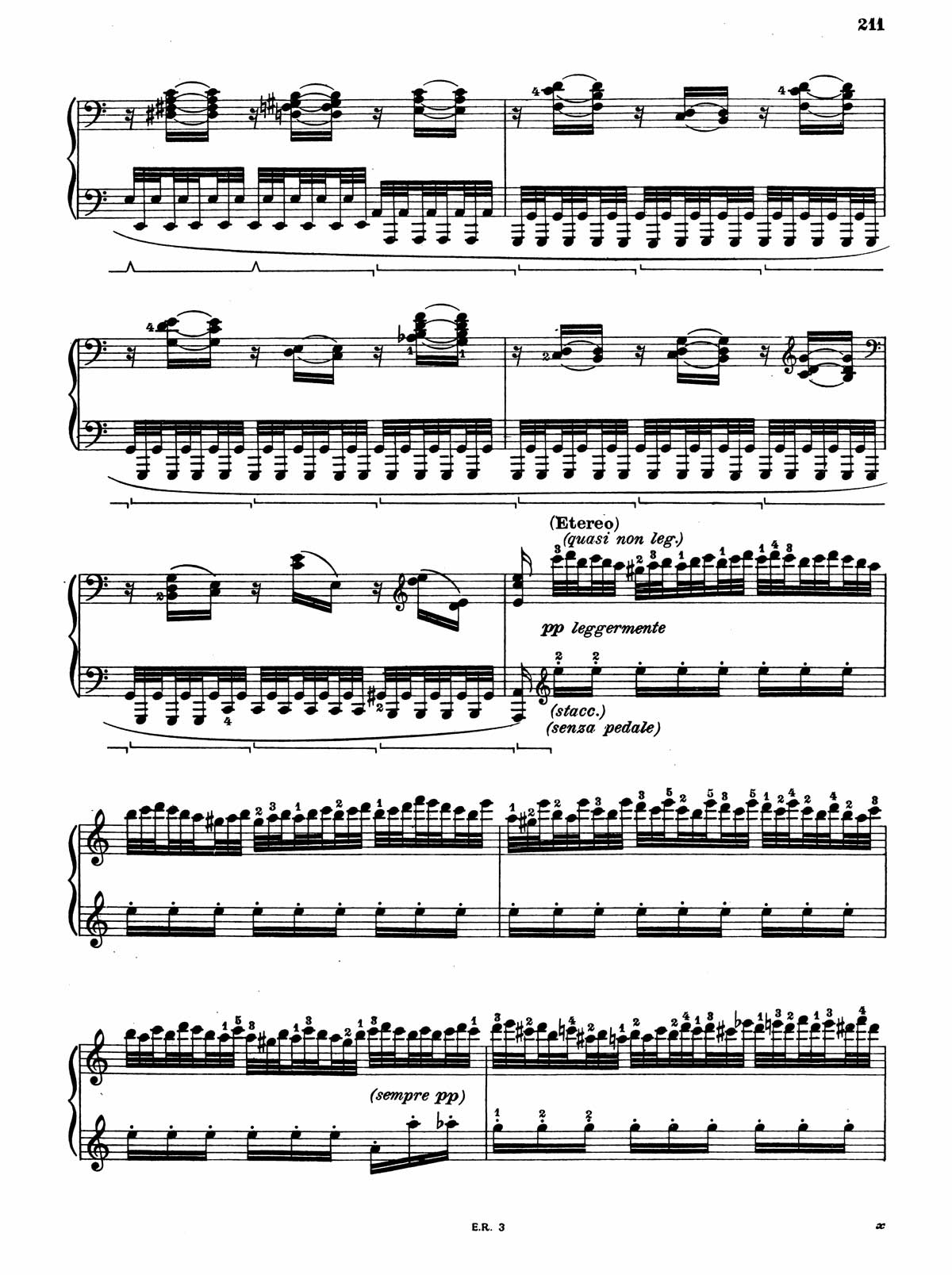 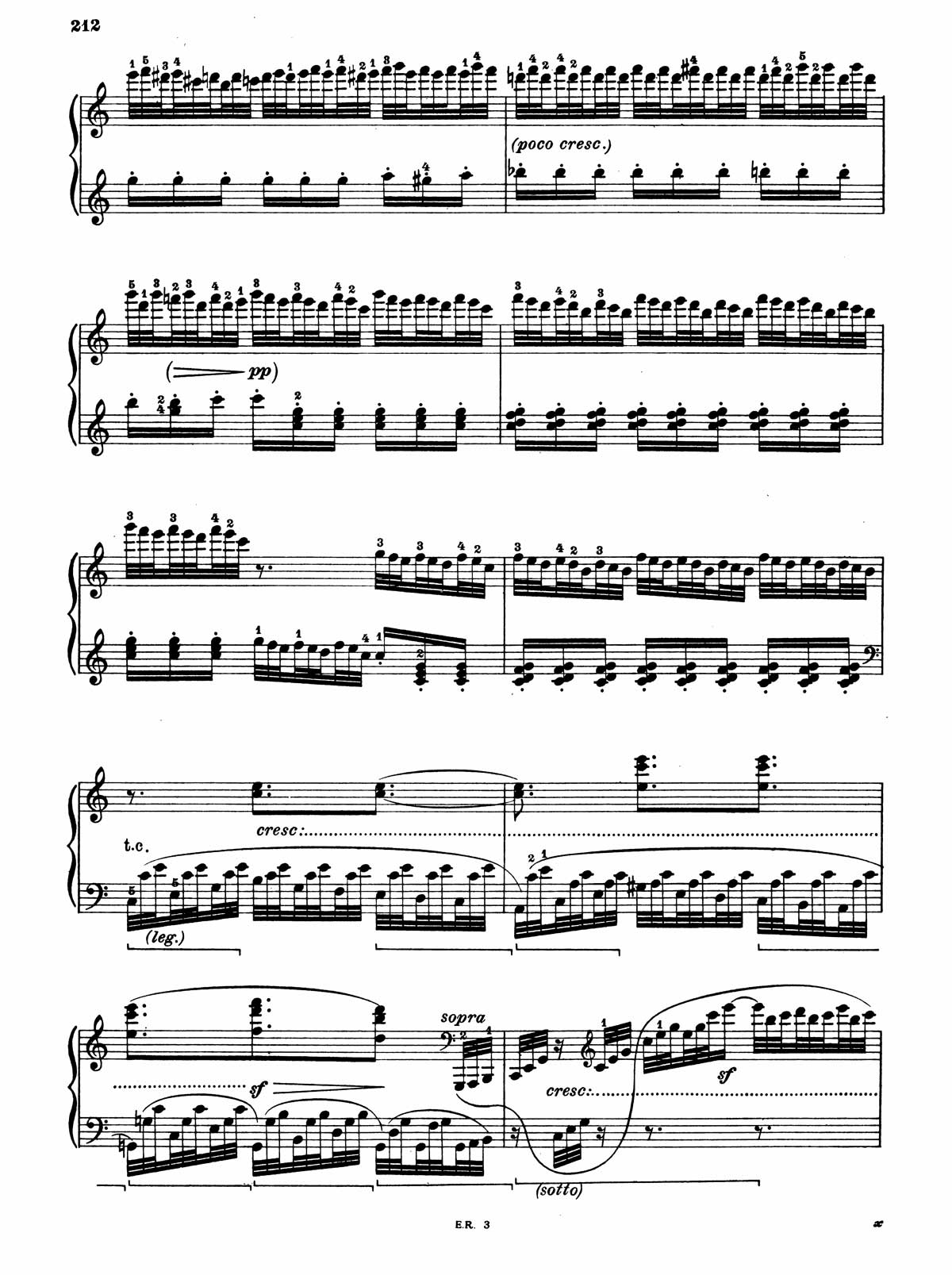 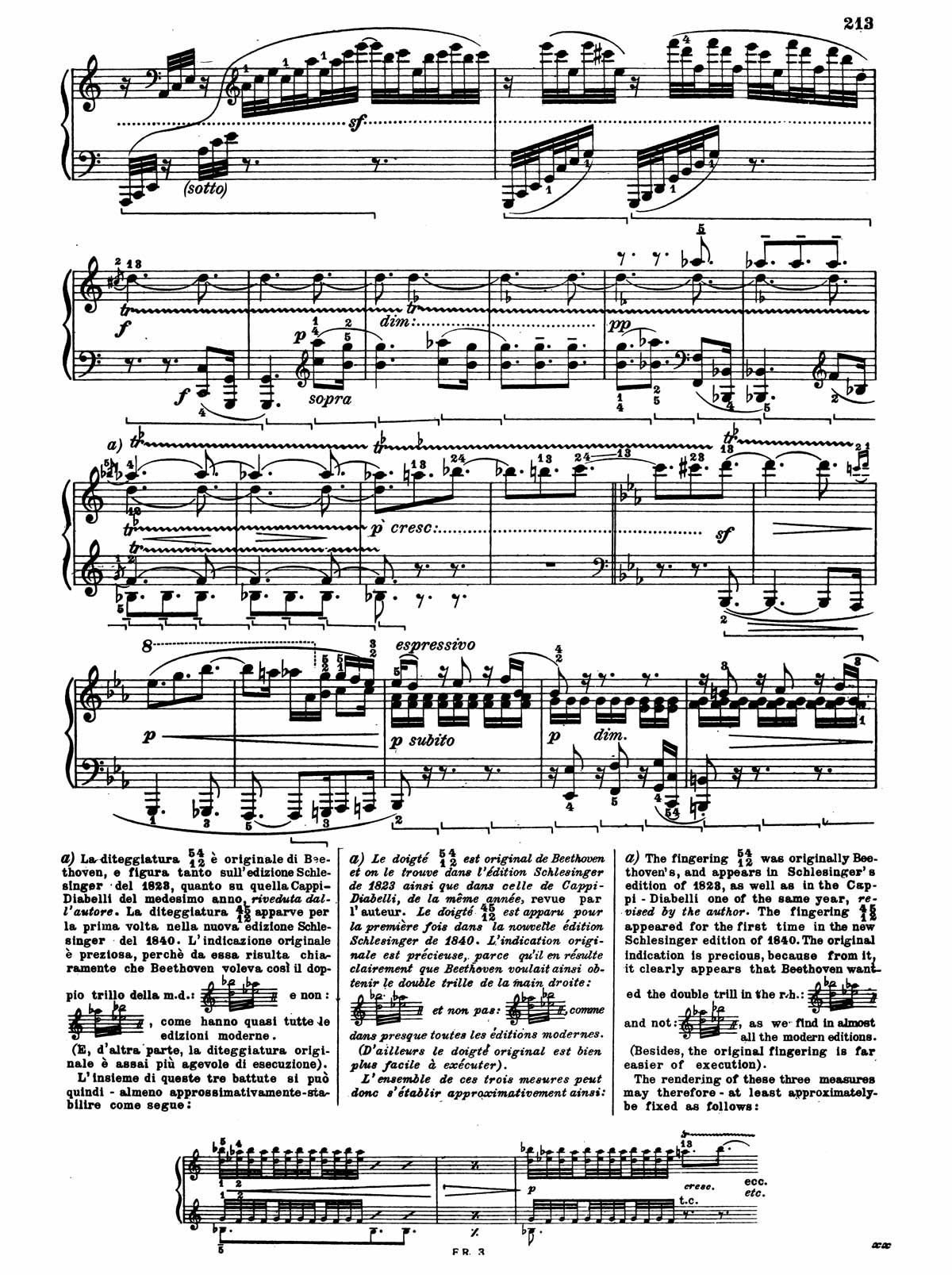 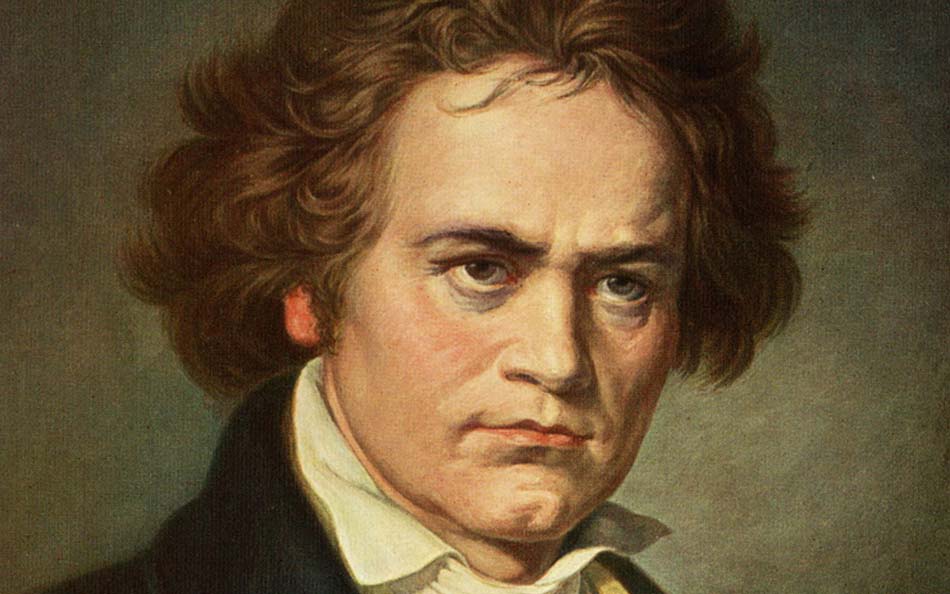 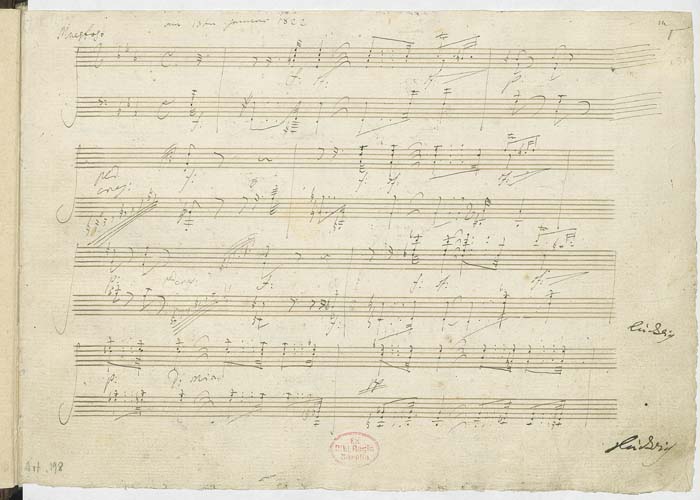 Beethoven's latest sonata is often identified as one of the most powerful and transcendent works of piano literature, but if anything, that description understates how incredible this work is. Like all of Beethoven's late sonatas, Op. 111 features a lot of contrapuntal writing in both movements, and a very compressed first movement. But what makes this sonata very different from the rest is the use of polarity, which contrasts between 2 extremes. At the broadest level, you see that this work represents the structure of the sonata, which, unusually for Beethoven, has only two movements; the first irregular and tremendously threatening, the second rarefied, spiritual, generous, sometimes ecstatic. You can also see this game in the contrast between the first and second themes of the first movement; the first theme is tense and angular, almost orchestral, while the second sounds totally improvised. There is also the use of sonic distance in this sonata; In the first movement, the two hands often play parallel passages two or more octaves apart, in addition, there are also passages in thirteen bars and the like, and in the Arietta there are passages where both hands play in the keyboard ends.

The intro, which seems disconnected from the rest of the sonata, is built around a sequence of diminished seventh chords that are repeated at multiple points in the first movement, and particularly dramatically at the end of the development. The astonishing Arietta has an absorbed and highly static theme that comes to life from the increasing rhythmic subdivision to which it is subjected, until it explodes with joy in a particularly famous variation. And then there are the hair-raising trills in the Coda, which introduce the only real tonal diversity into the movement, and the warmth and cuteness of the last two variations, which sneaked in behind the coda.