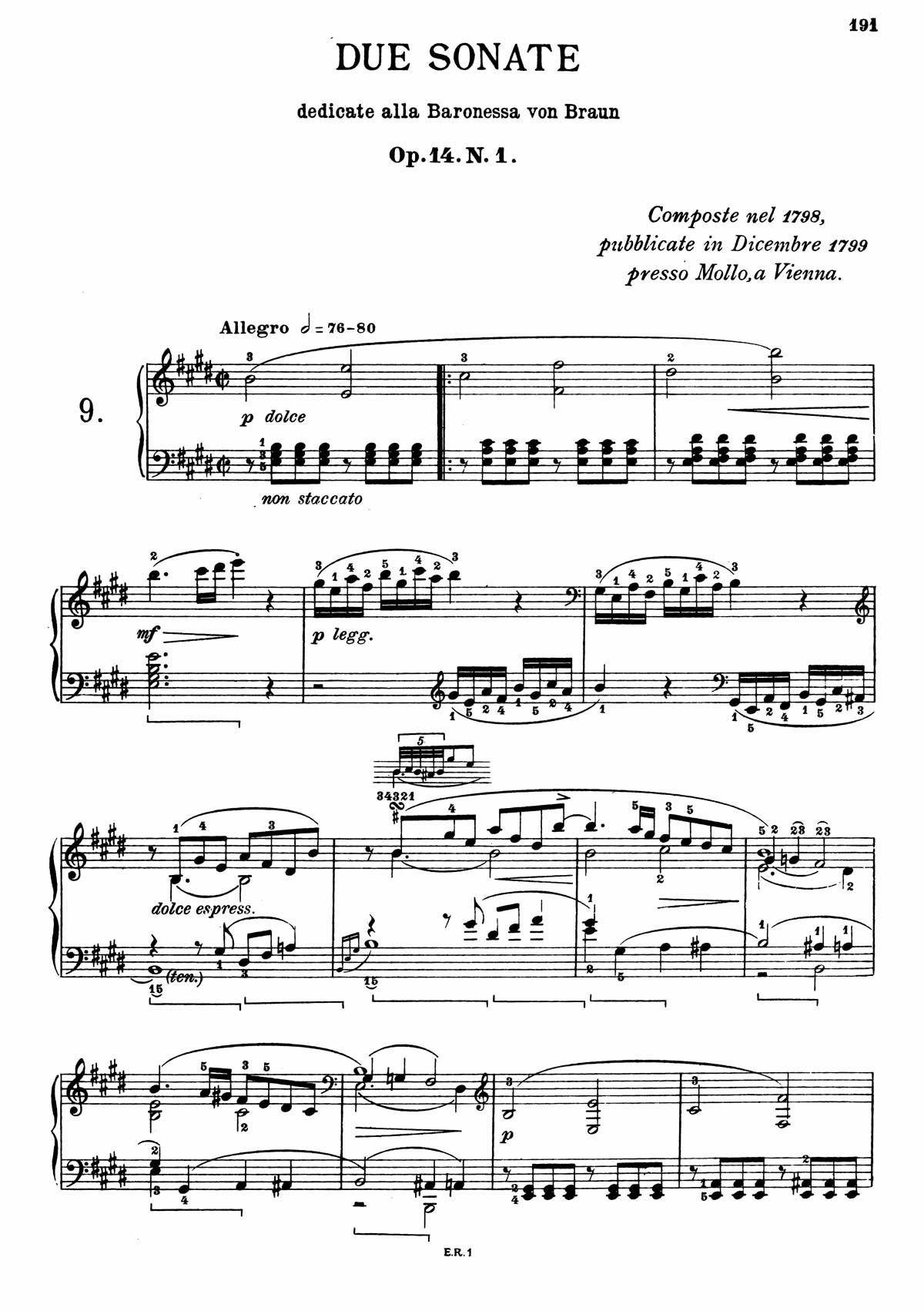 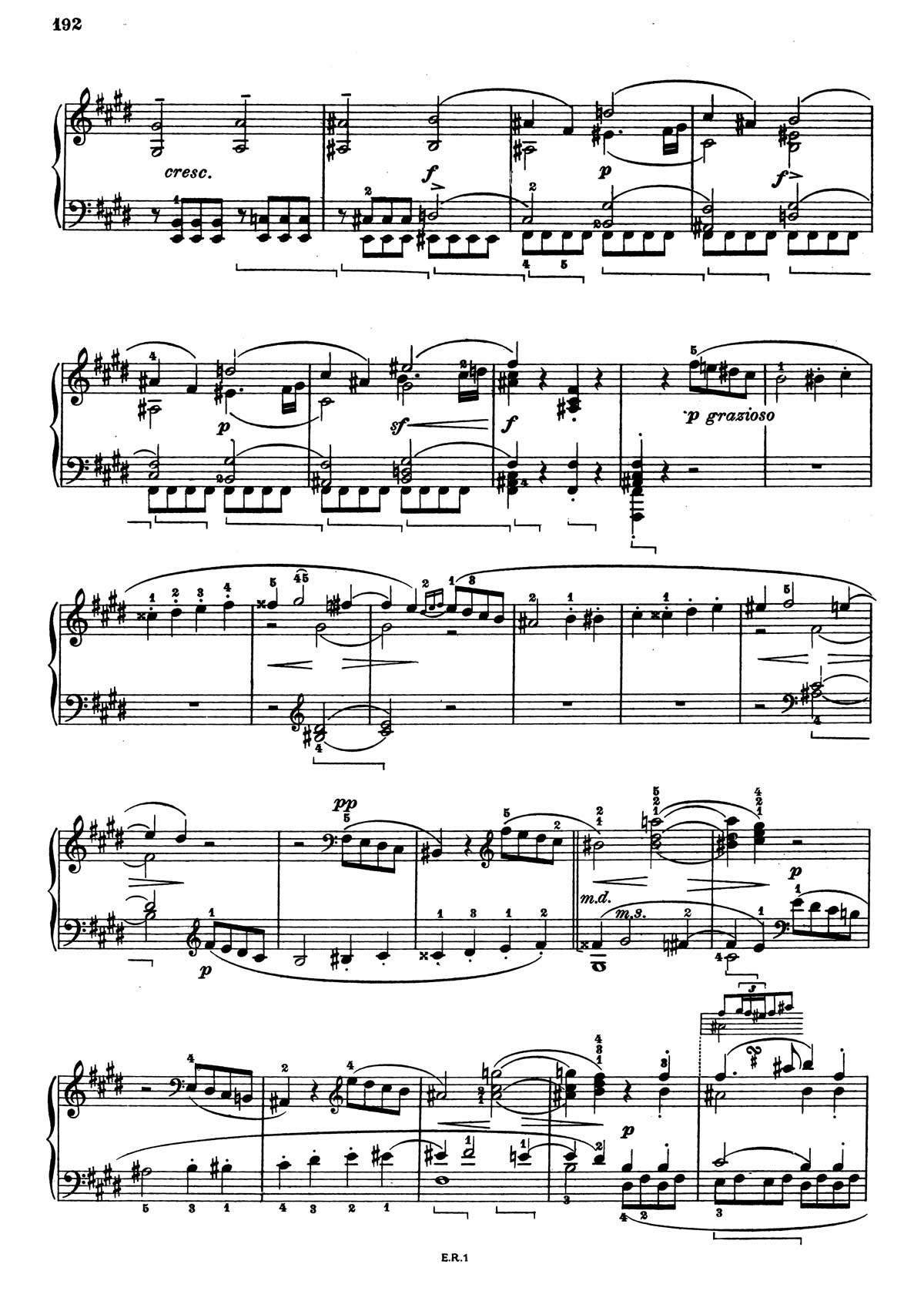 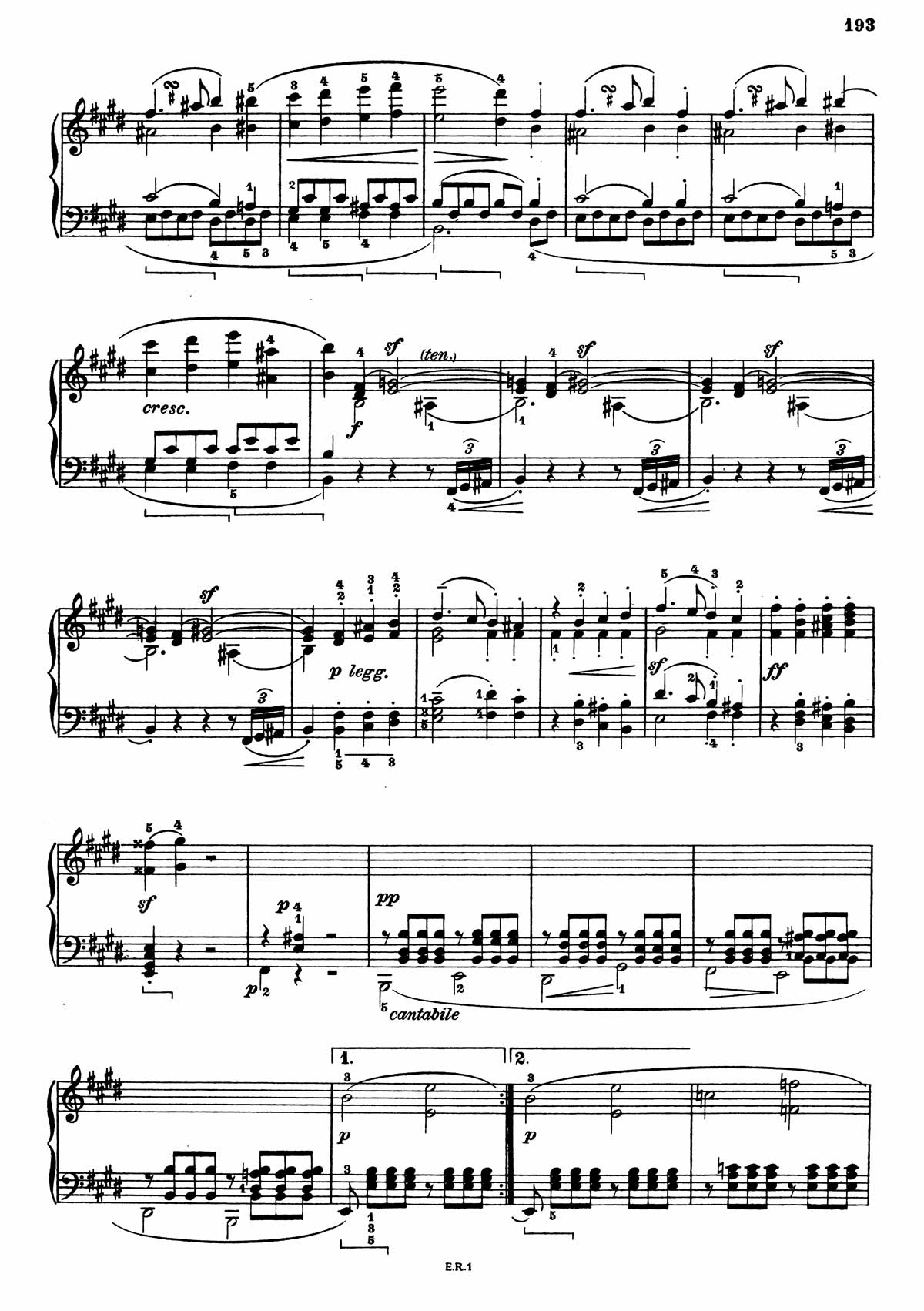 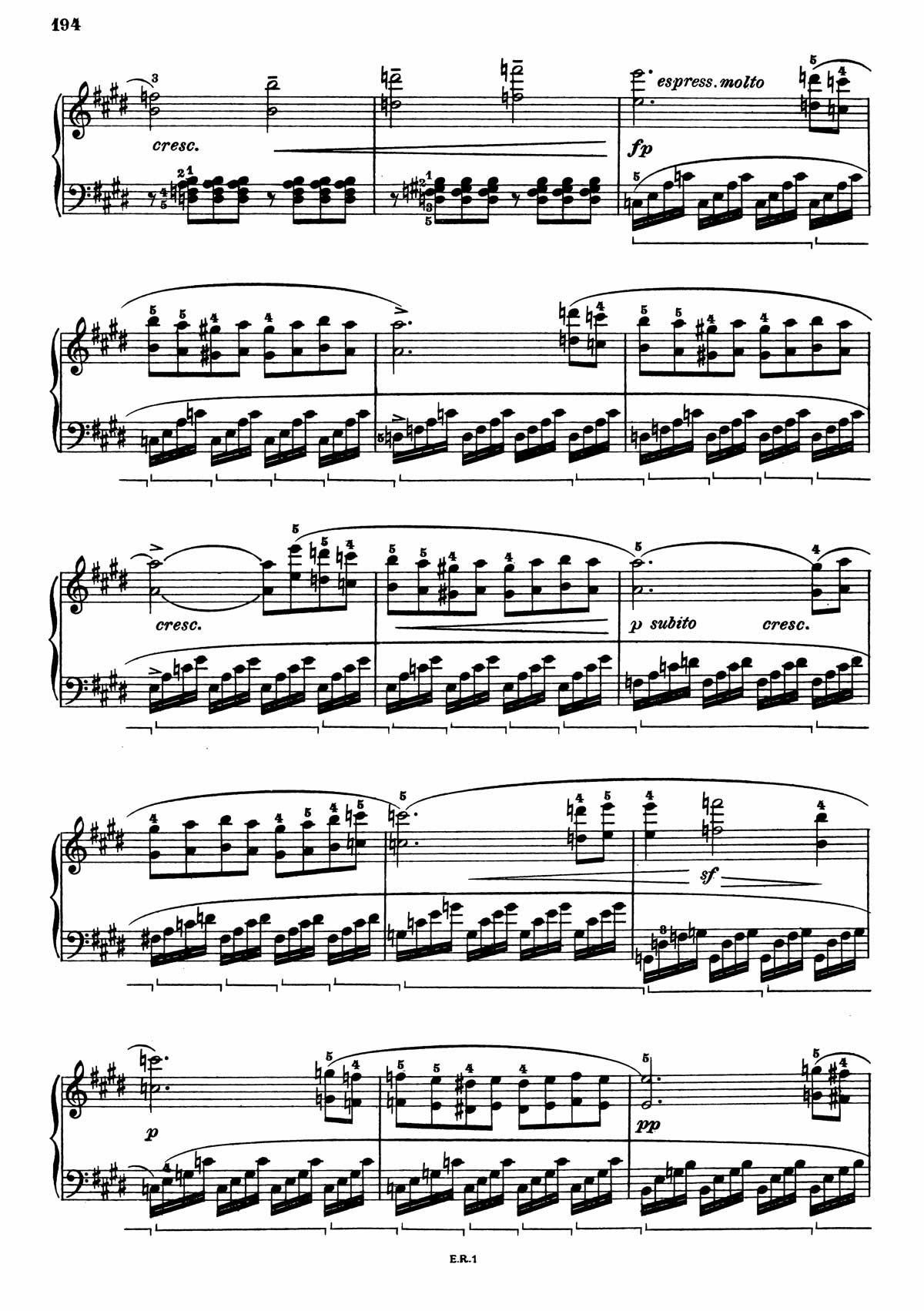 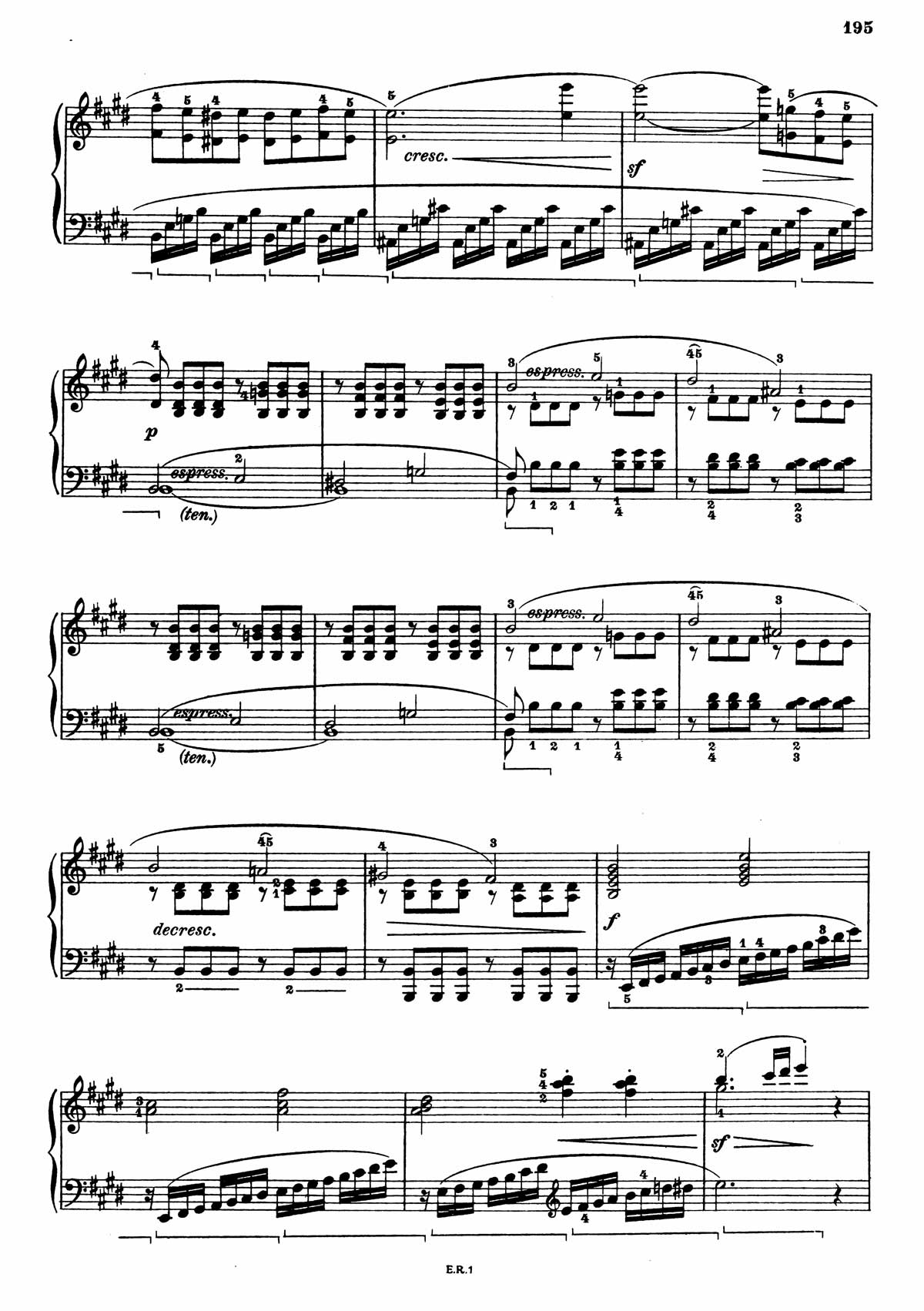 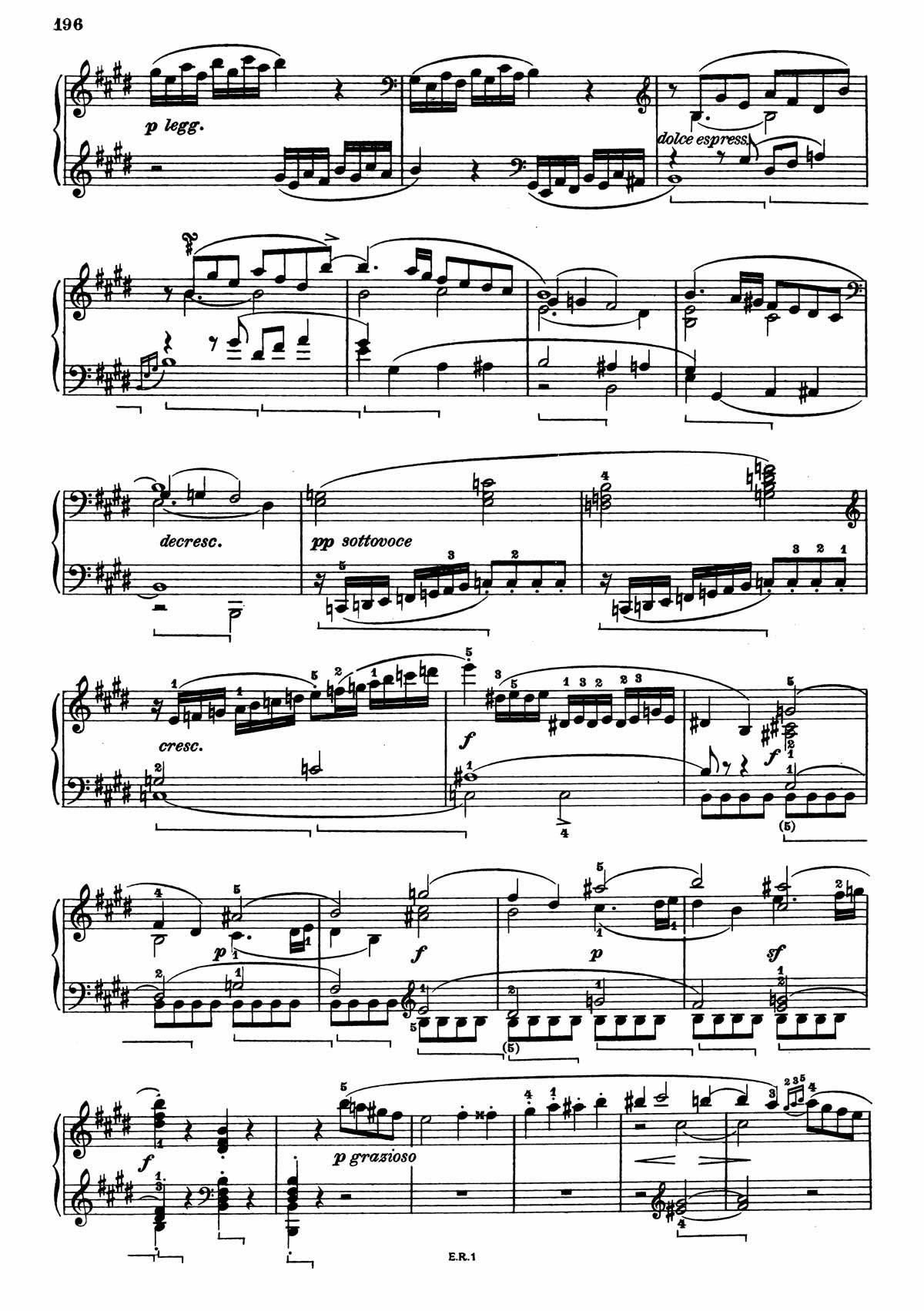 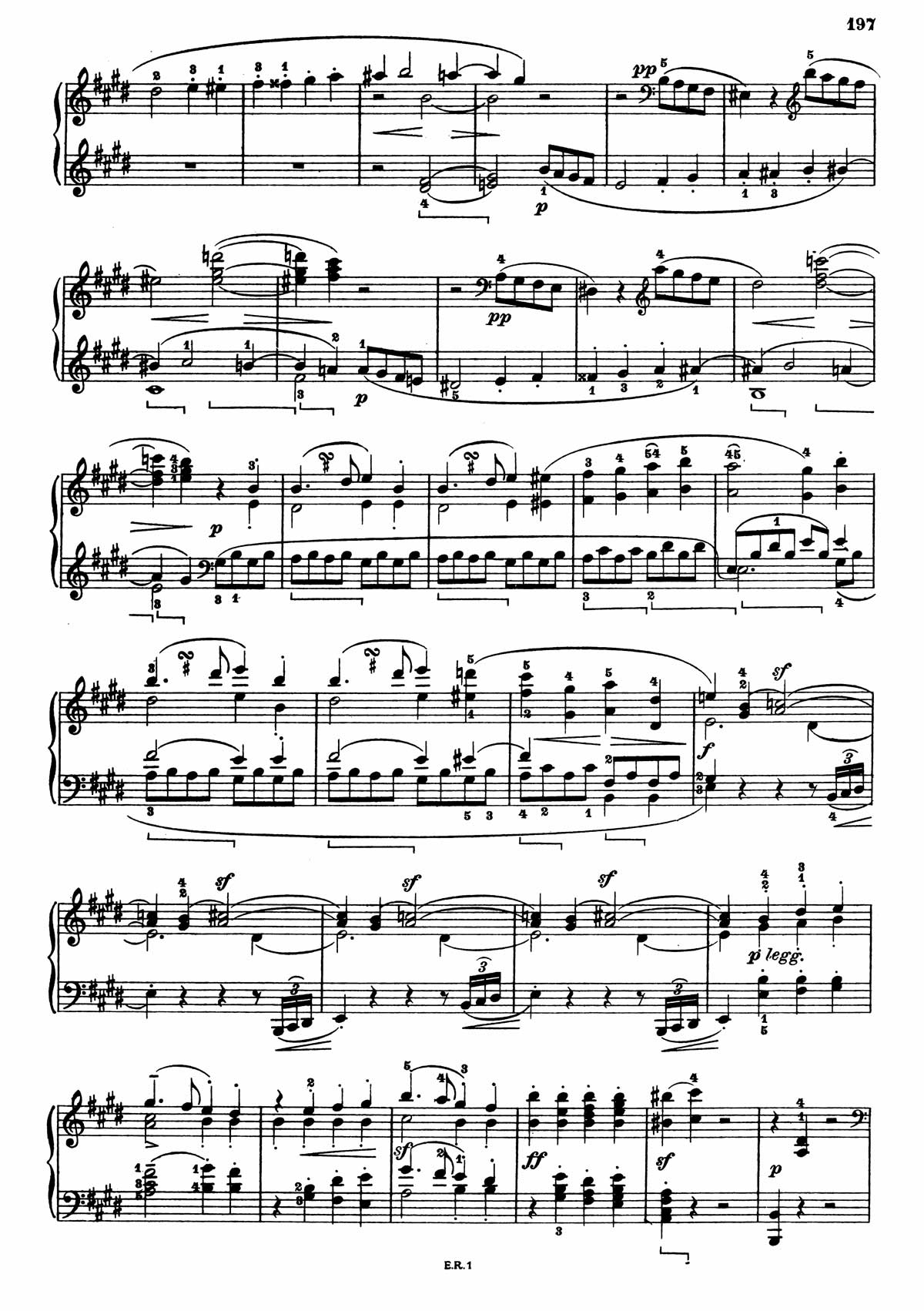 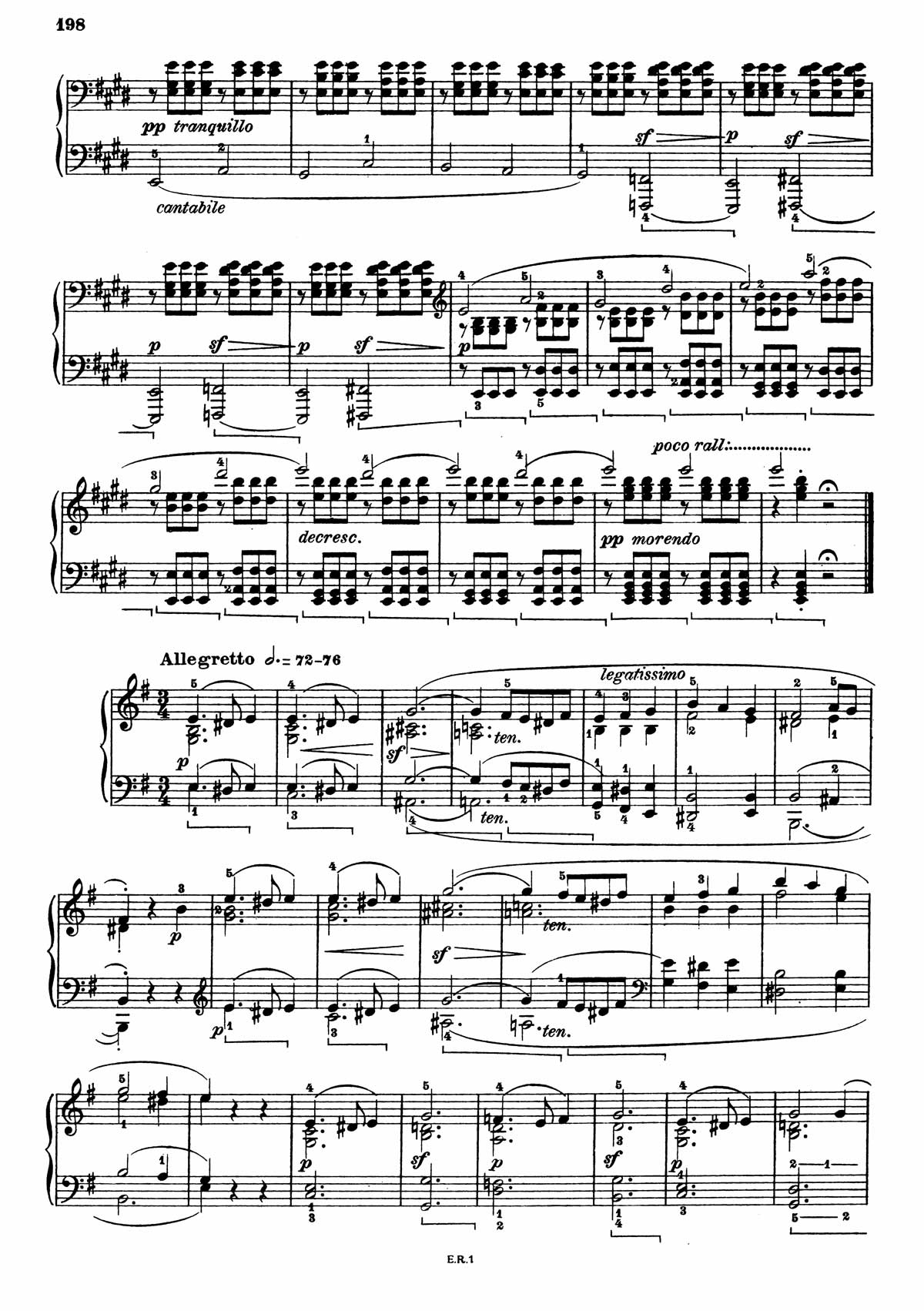 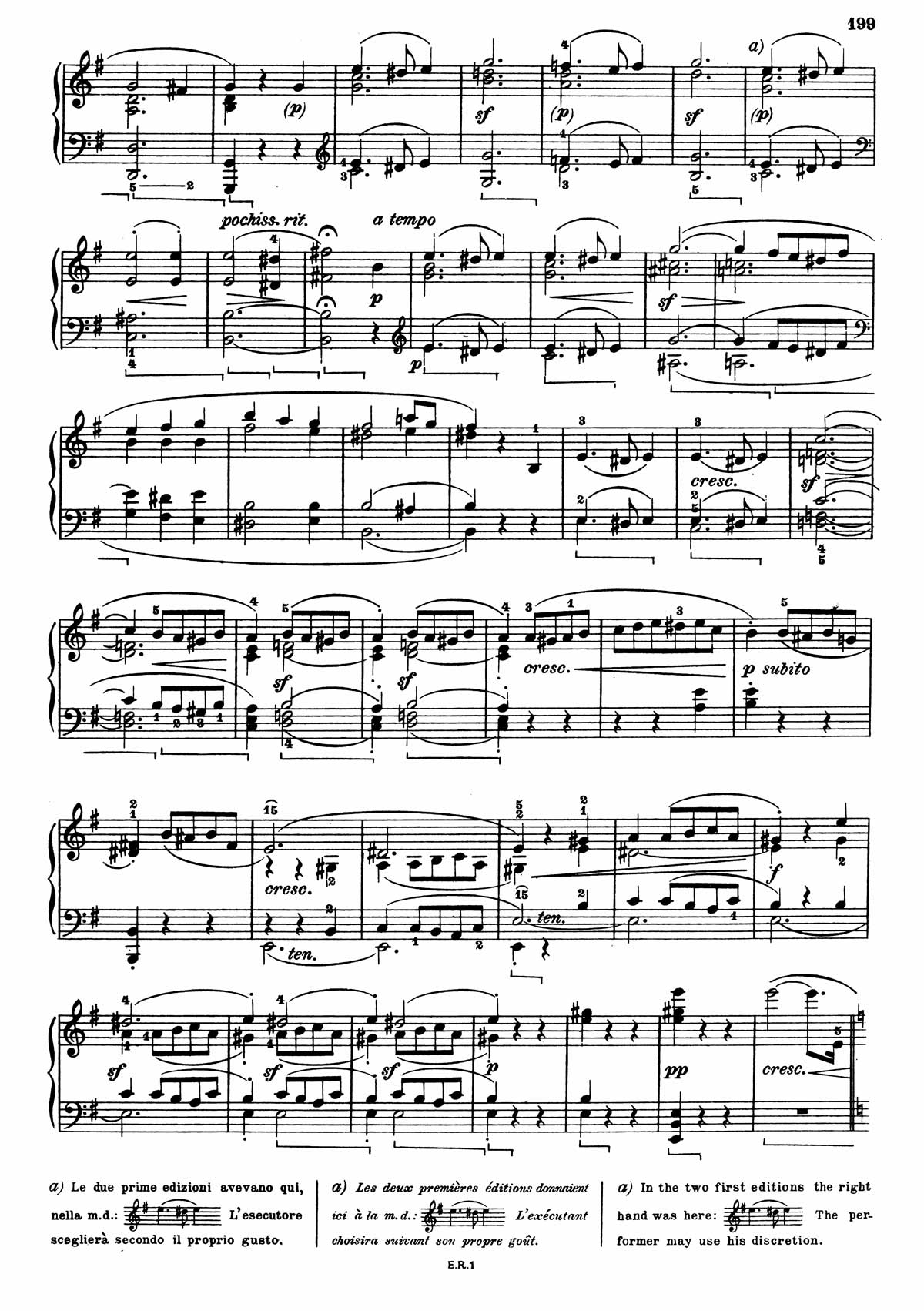 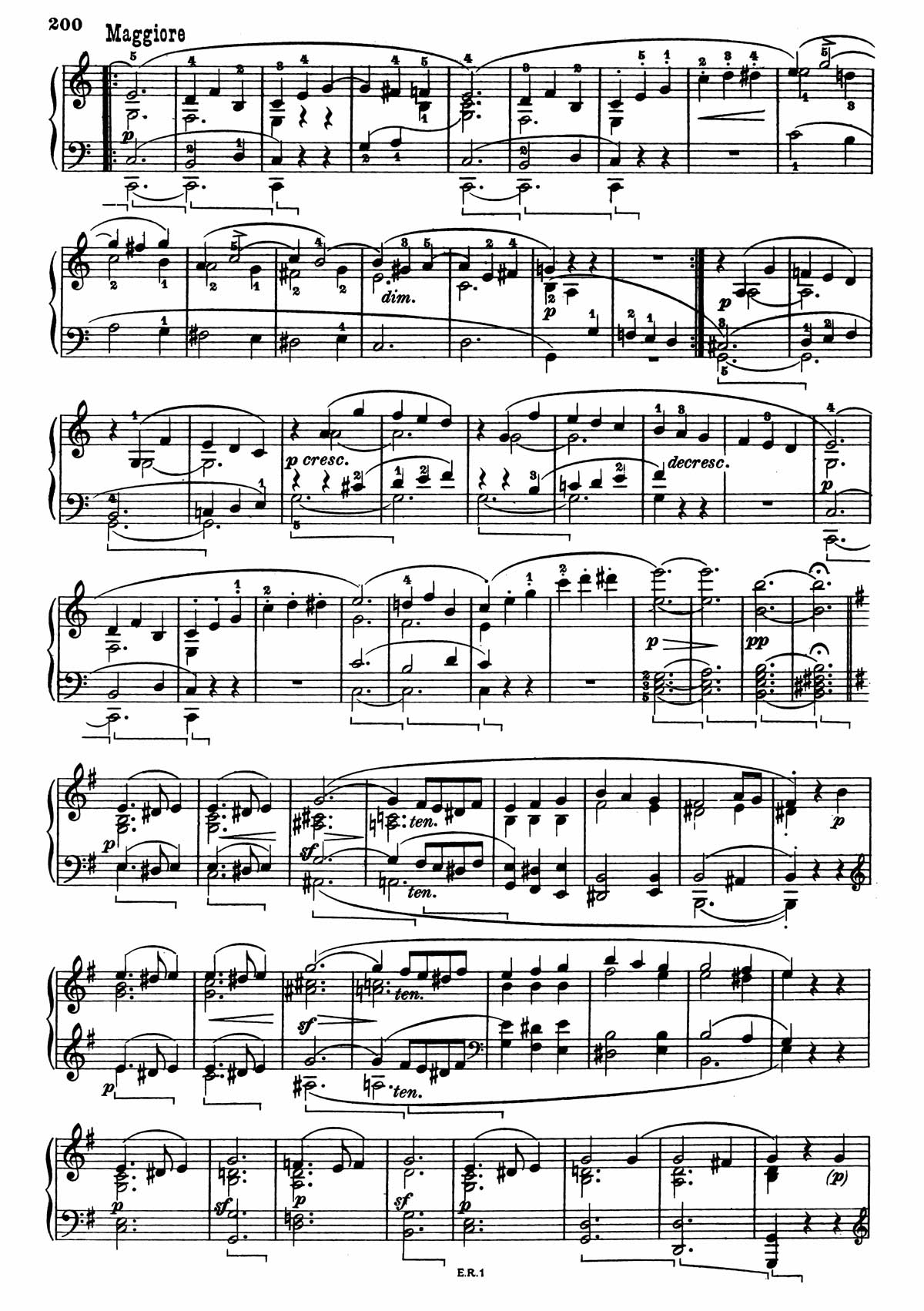 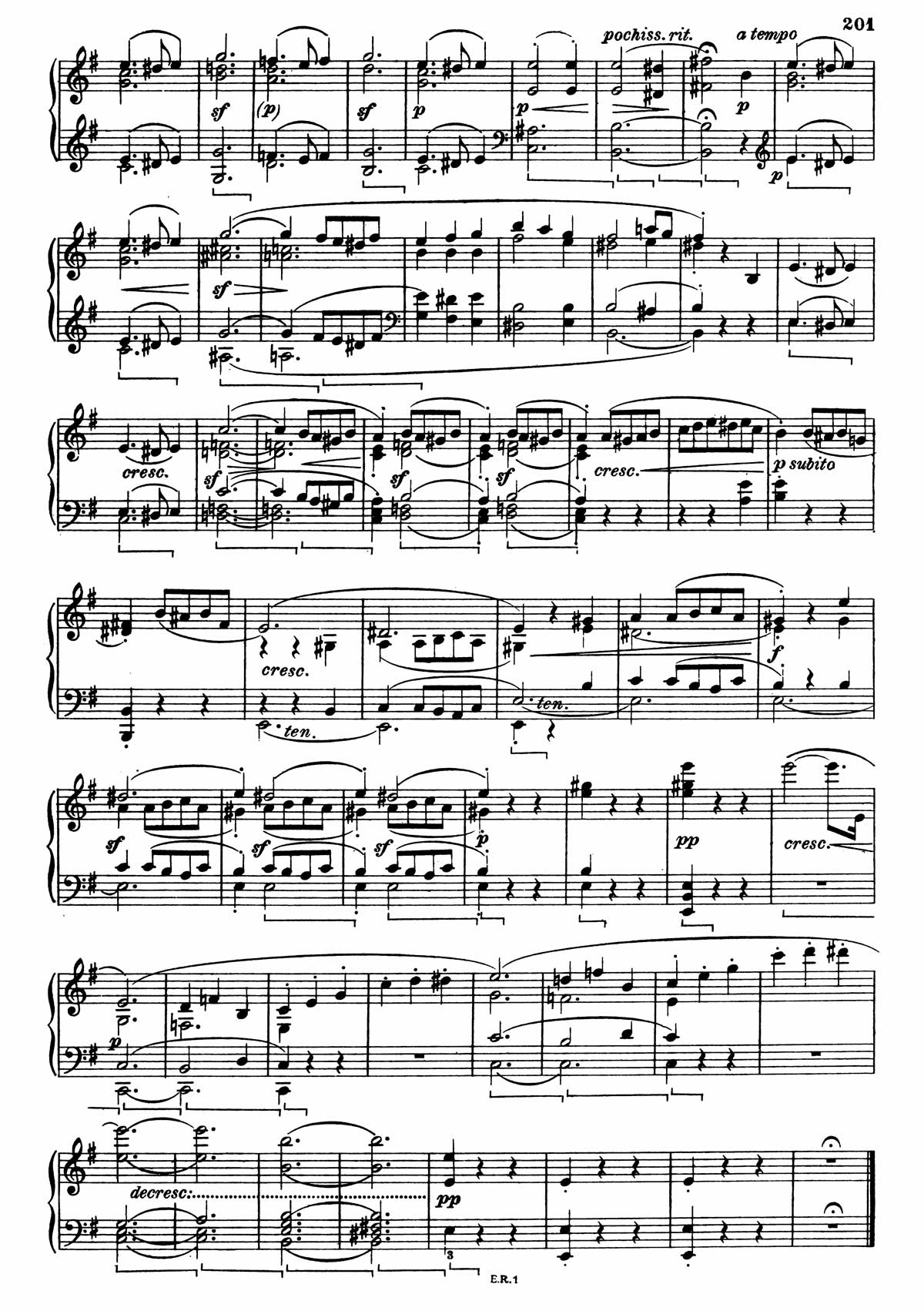 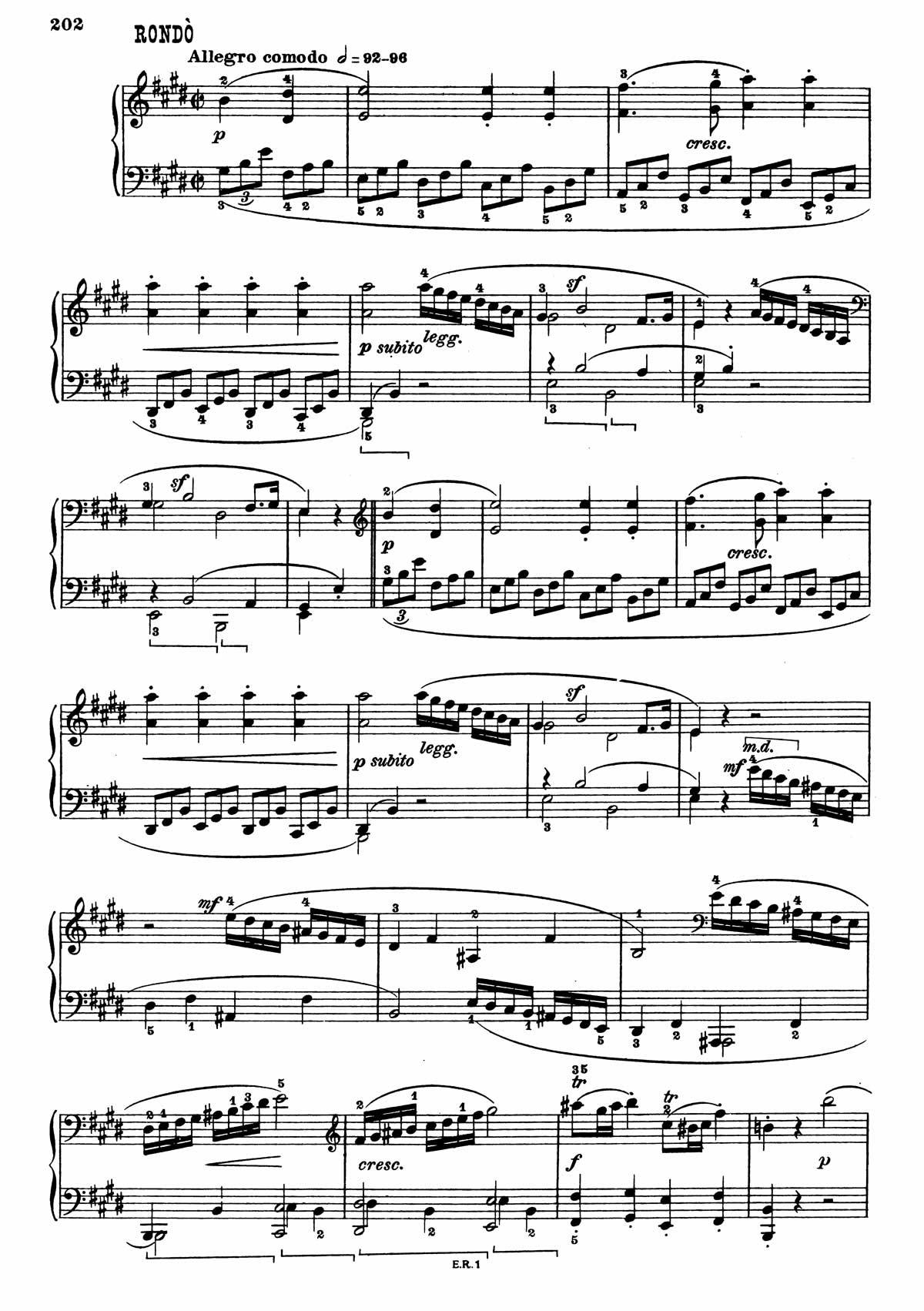 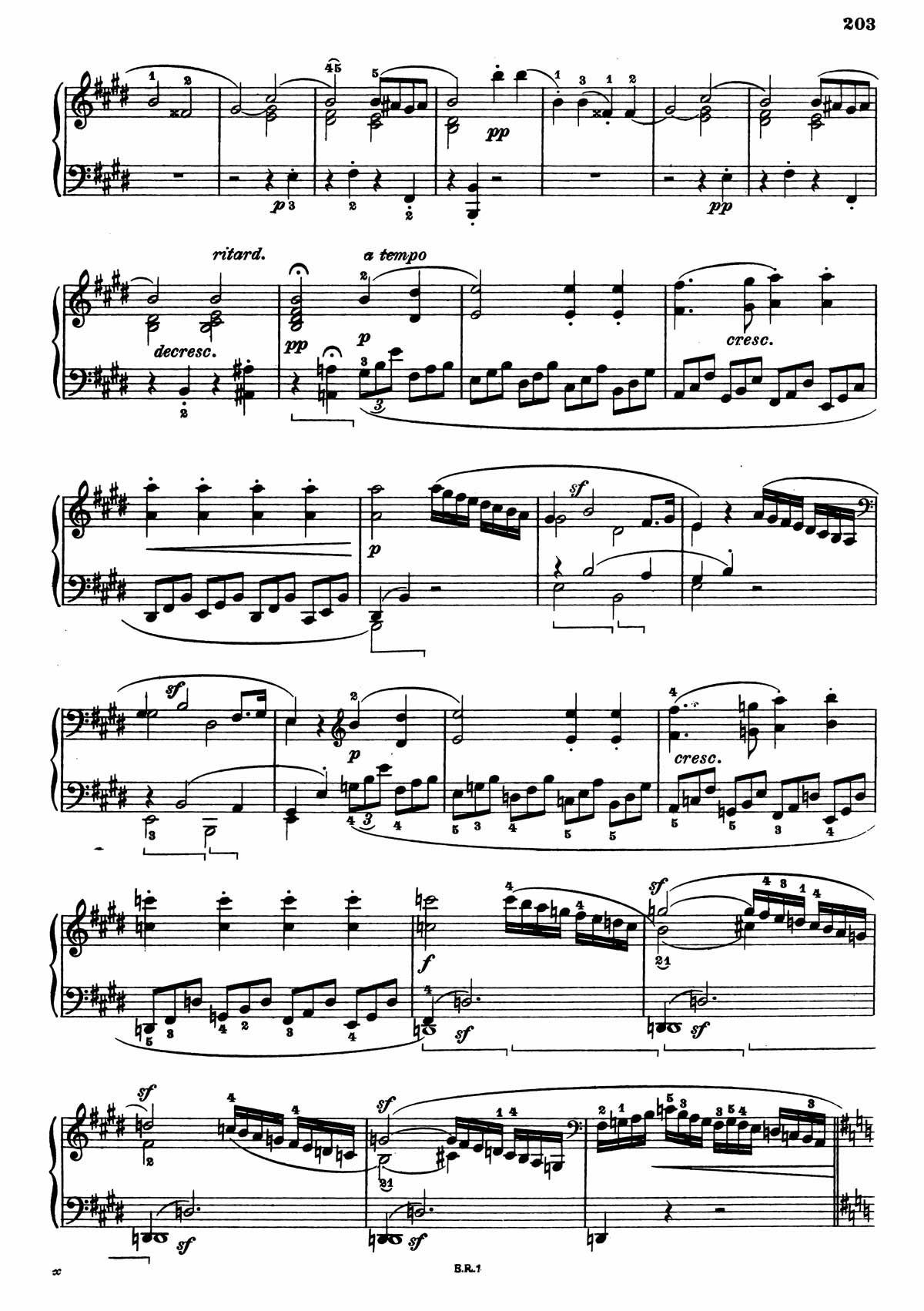 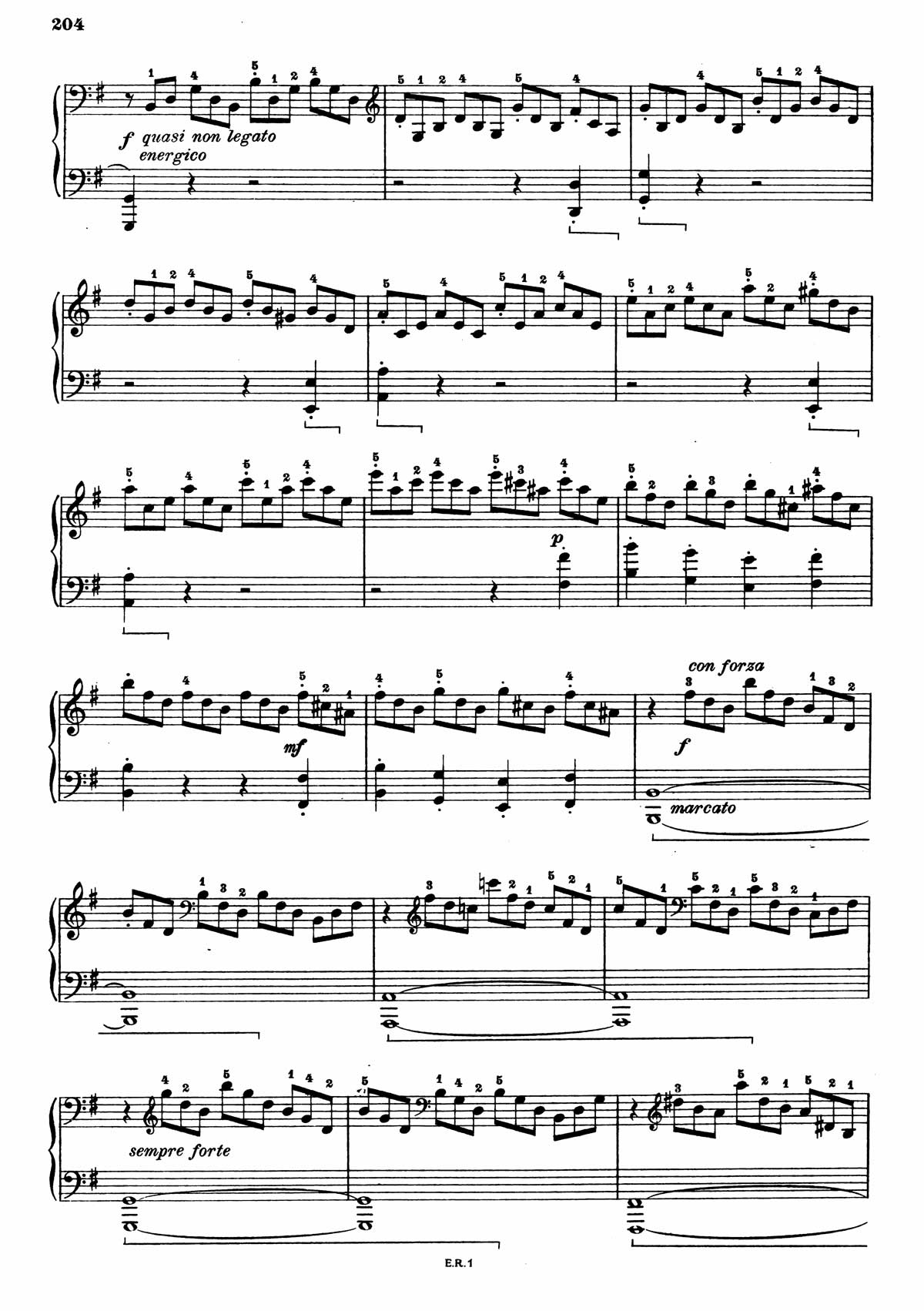 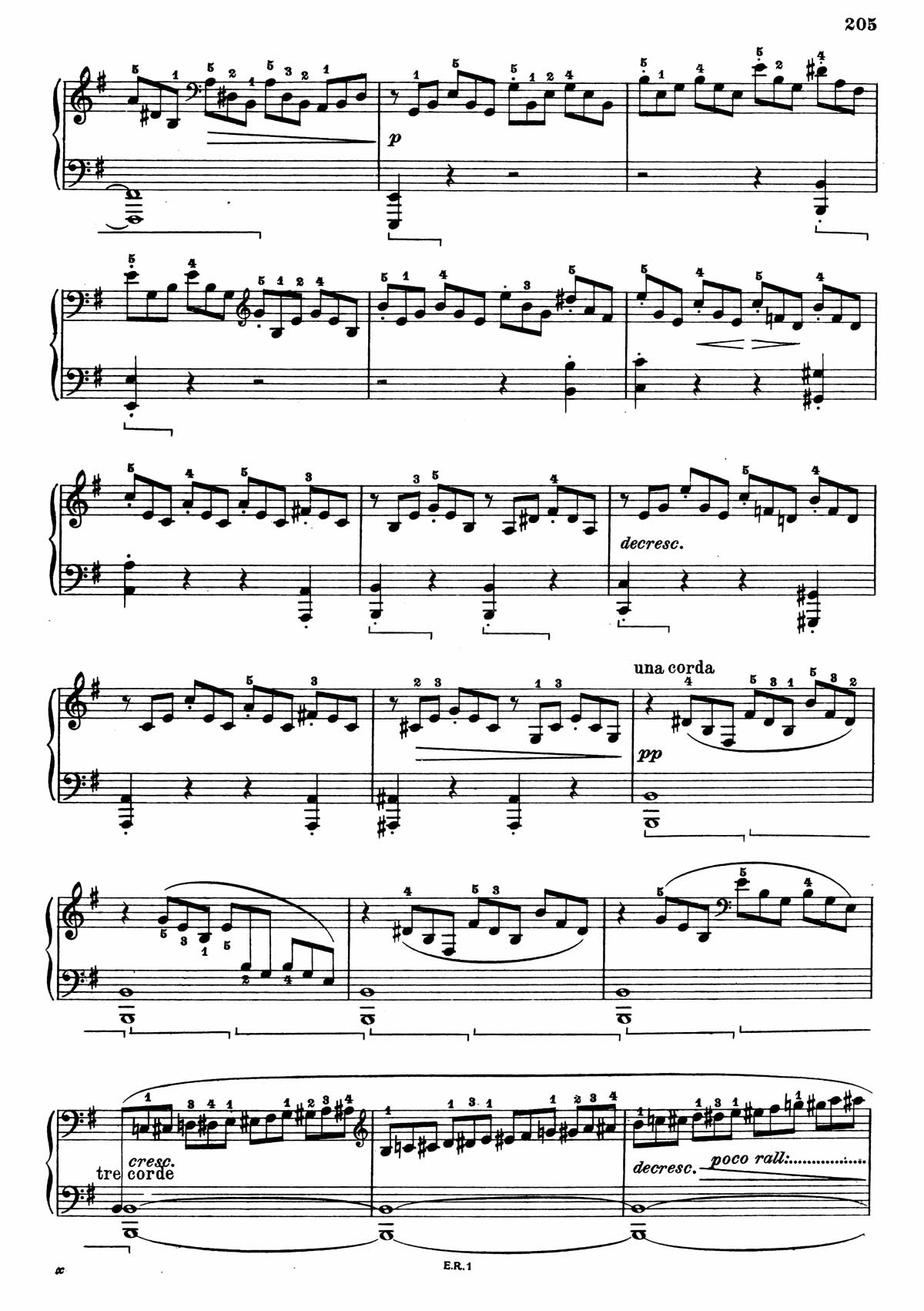 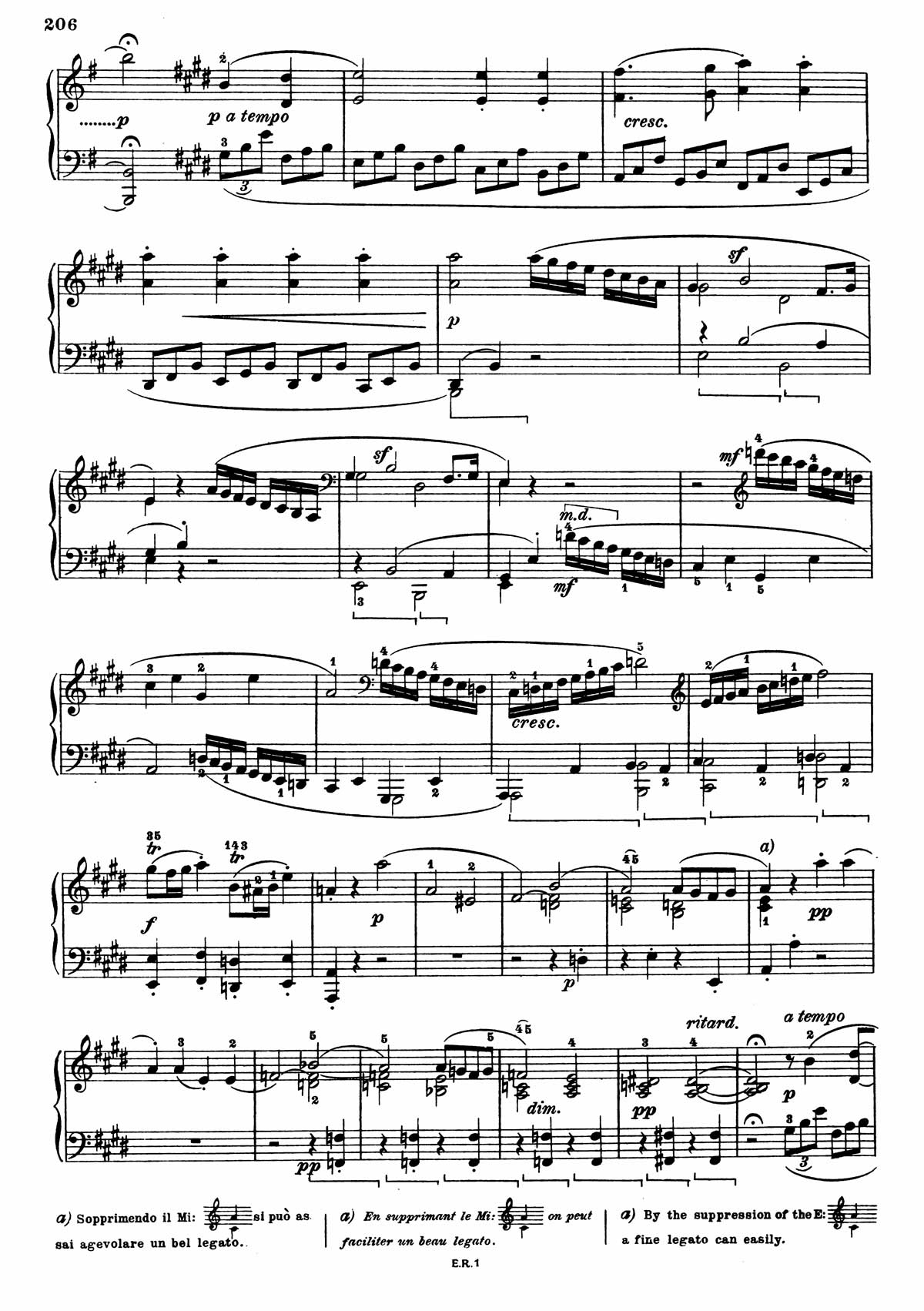 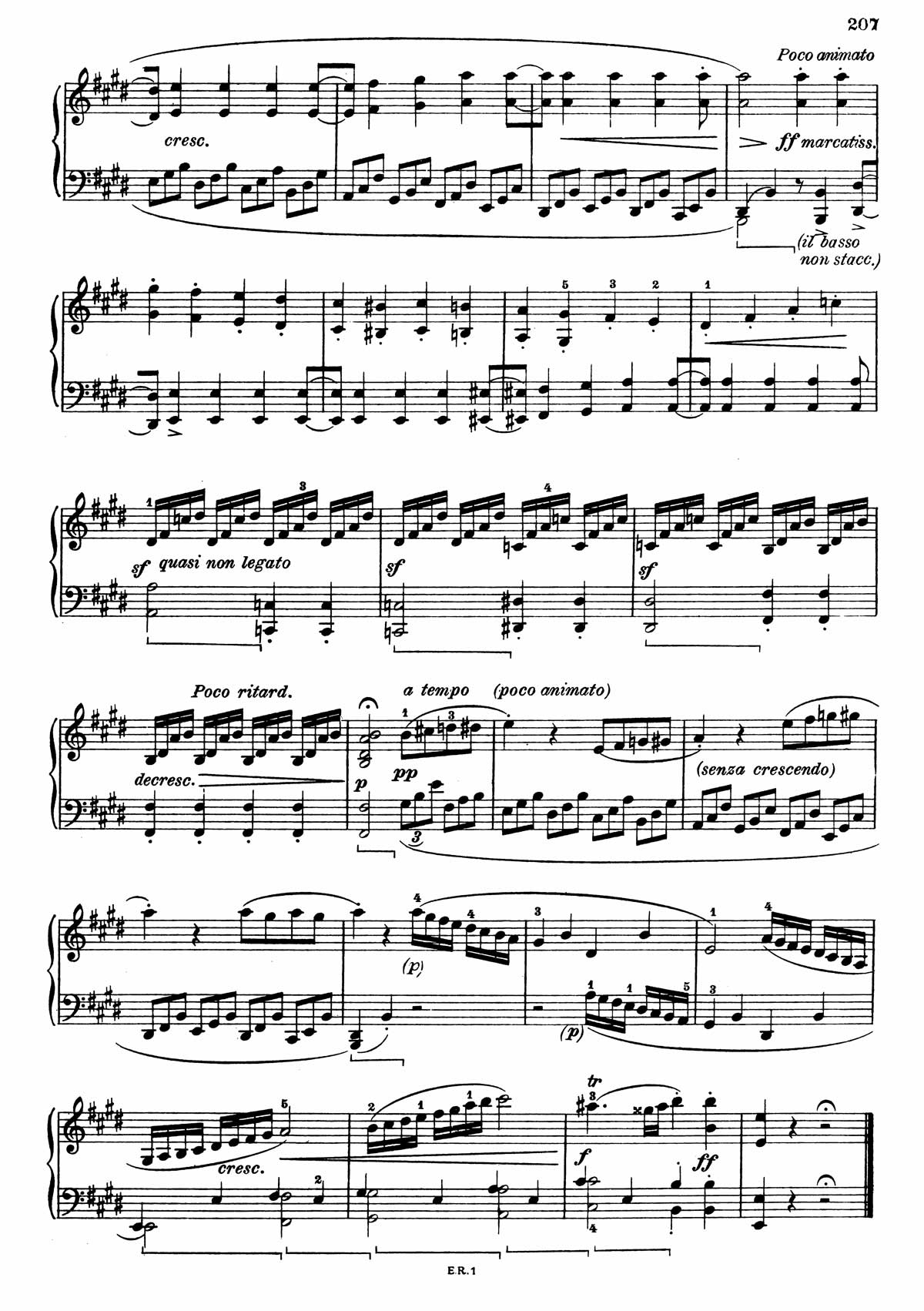 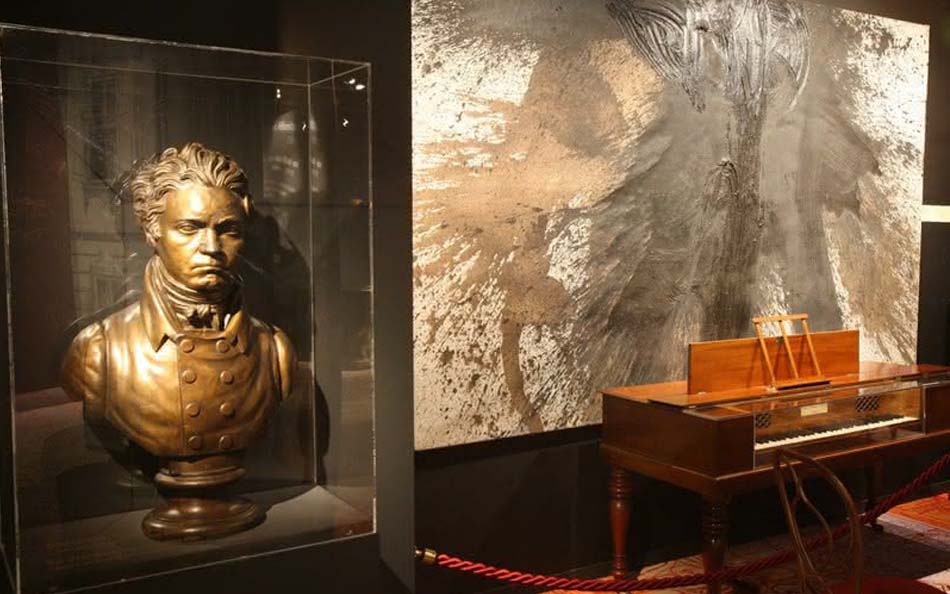 Piano Sonata No. 9, Op. 14, No. 1, is from Ludwig van Beethoven's early period, dedicated to Baroness Josefa von Braun, one of his patrons at the time. Composed in 1798 and arranged for string quartet by the same composer in 1801, the result contained more quartet-style passages and in the more comfortable key of F major. 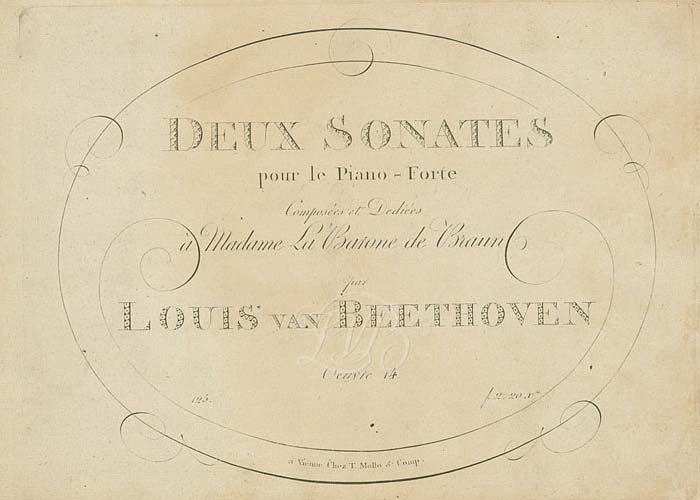 The 9th Sonata isn’t well known, probably due to a combination of its relatively diminutive proportions and slight air of oddness, but it definitely deserves to be.

The surprising first movement is an excellent example of how a good development section, as we can also see in the sixth sonata, and to a lesser extent the fifth and seventh. You don't really need to develop material to be effective, here the relevant sense of tension is generated by the inclusion of a completely new theme in the development, the first truly lyrical moment in the sonata, indicated by Beethoven himself in the manuscript "without developing the theme". The movement is also a classic example of Beethoven's motivic style; the first thematic group consists of ascending fourths on a continuous E, scales and then arpeggios, while the second thematic group begins with descending and ascending chromatic scales. The amount of drama Beethoven draws from such humble material, often with the help of a highly developed quartet-like counterpoint, is quite extraordinary.

The second movement is notable for some of the rather late Renaissance harmonies that Beethoven uses, and the last movement is quite amusing: the main theme involves the rising right hand getting hopelessly stuck on an A note, while the left hand continues to descend. The keyboard, happily ignoring any dissonance it generates against the previous note. It is also a good example of Beethoven's ability to continually develop the theme of a rondo with each repetition. There is also an intermediate passage with concert characteristics.

Several important professional friendships developed for Beethoven during this period in Vienna. He befriended Antonio Salieri (1750-1825) and studied Italian Song Style with the composer over a period of two years 1800. Several prominent pianists who spent time in Vienna were also part of Beethoven professional world, in particular Joseph Wölffl (1773-1812), his piano performance was much admired and he dedicated a series of sonatas to Beethoven, and Johann Baptiste Cramer (1771-1858), whose performances and compositions and methods for piano were revered by Beethoven. In addition to sonata No. 8, Beethoven wrote a set of six string quartets and the Symphony no. 1, op. 21. During this period Beethoven taught sisters Josephine and Therese Brunsvik and fell in love with Josephine. She married Count Joseph Deym (1752–1804) a year later, but Beethoven's feelings for her were rekindled after the Count's death. Teresa never married, but her memoirs and correspondence with Beethoven are a useful source of information about Beethoven.

Sonatas No. 9 and 10 are the Opus 14. This set was published in late 1799 by Tranquillo Mollo (1767-1837 ), who began his publishing career in Artaria, but in 1798 became an independent publisher of maps, art, and music. His company existed until 1839, publishing some works by Haydn, Mozart, Beethoven, Schubert, and minor composers. Sketches exist for all three movements of the first sonata in this ensemble, probably from 1798. Both sonatas are dedicated to Josephine von Braun (1765-1838), whose husband Peter (1758-1819) was in charge of two court theaters in Vienna. The dedication may have helped Beethoven secure the Burgtheater to present a program of his works on April 2, 1800.

Both sonatas represent Beethoven's return to a smaller classic, the three-movement sonata after the expanded opus. 2 groups, Opus. 7 and the Sonata No. 7, as well as the dramatic Sonata No. 8. These sonatas are similar in concept to the No. 5 and No. 6, and although each has its challenges, they are frequently among the first Beethoven sonatas assigned to students.

Although the composer complained of the unnatural mania for transcribing piano music for string instruments, he accepted a request to transcribe the first sonata for string quartet with the comment that no one else could do the same with ease. The quartet version was announced on August 14, 1802, together with Sonata No. 15, by a new publisher, Bureau d'Arts et d 'Industrie. The transcription raised the key from E major to F major, possibly to allow the lowest string of the cello to function as the dominant. The Allegro brand was changed from the first movements to the Allegro moderato, and the Allegro commodo from the final movement to Allegro.

The texture periodically shows free voice levels, perhaps suggesting to the composer the feasibility of transcribing this sonata for strings.

The opening sentence serves as the material for the closing section.

The opening phrase is extended and leads to new thematic material to the beat of measure 66 that opens in minor and passes through C major and E minor.

The opening sentence returns in a similar way to the closing section of the exposition and acts as a transition to the recap.

For the first time in sonatas, the opening theme entry is rewritten, here it is developed with scales. in the left hand and full chords in the right hand. Other sonatas in which Beethoven uses this technique are Sonatas No. 23, 28, 29 and 30.

The change of course features the opening theme in C major. There is an interesting parallel relationship in the recapitulation of the opening movement of the Sonata No. 30, where C major is the dynamically strongest moment in the movement, we can see bar 62.

The opening theme as used in the closing section of the exposition and is expanded to form a coda.

The first thematic idea is repeated and expanded.

A trio section called Maggiore is in C major and marked to be repeated.

A second section of the trio will be played without repeating and ends with a half cadence that leads back to the opening key, E minor, with the indication da capo.

The two B sections are somewhat unusual in that they are extremely short, 10 bars, and are in the dominant key of B major and sub-dominant A major respectively.

A new mark of sharp in the tone announces the section C, the material is indicated in G major, going through the minor and B minor, and then reformulated in E minor.

The final statement of theme A begins with a syncopated variation, followed by continuous accidentals that serve as coda to the movement.