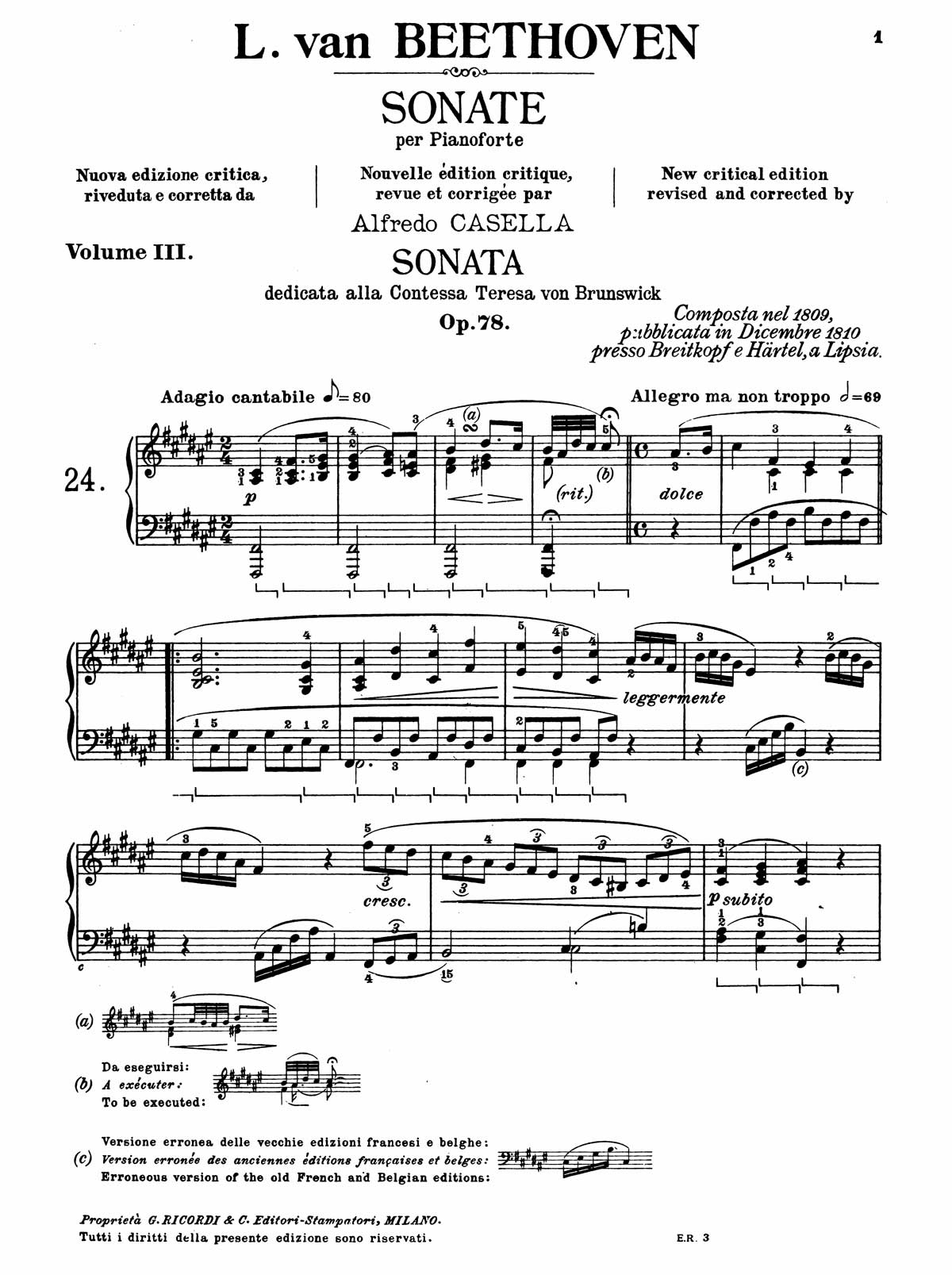 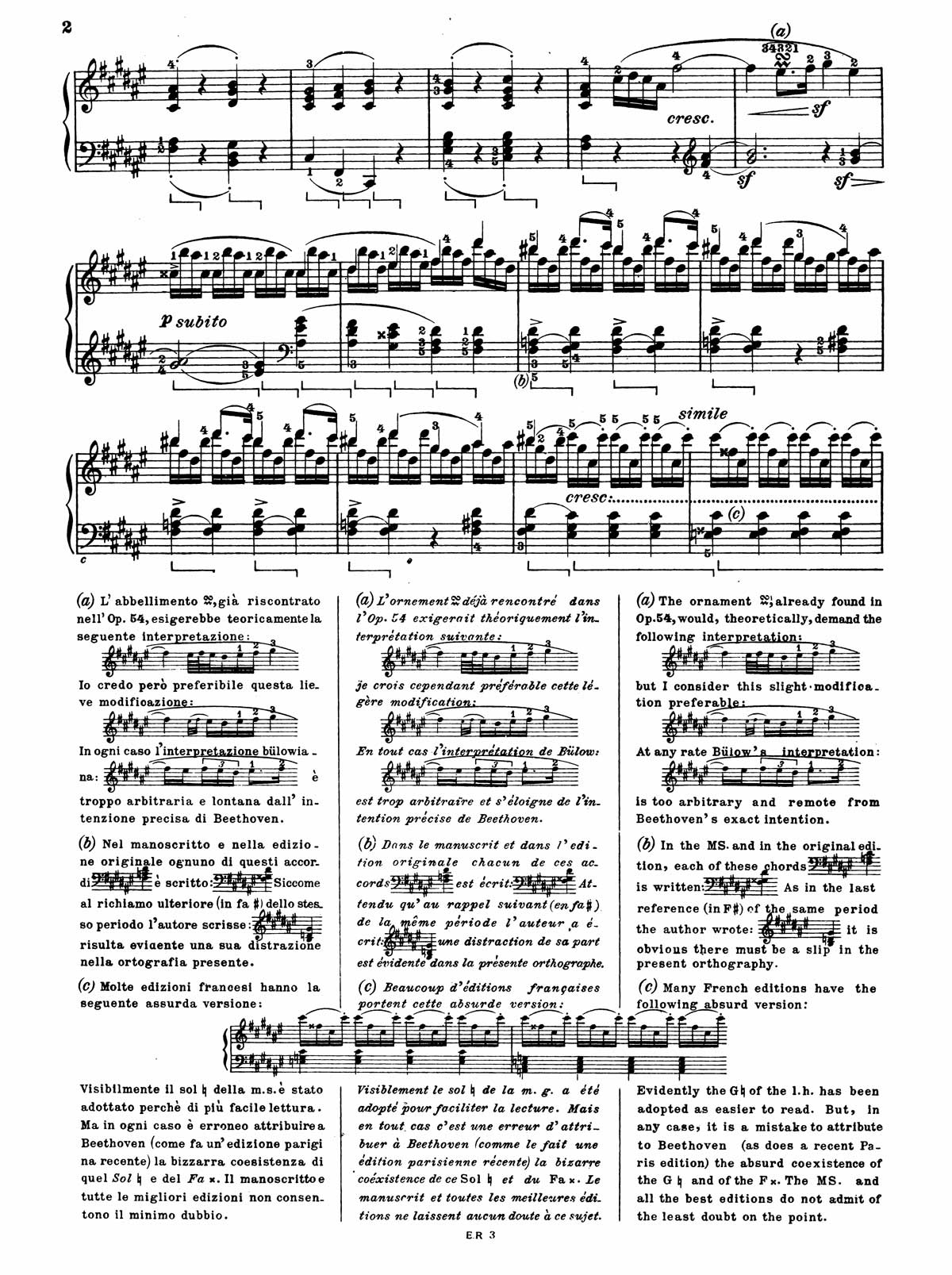 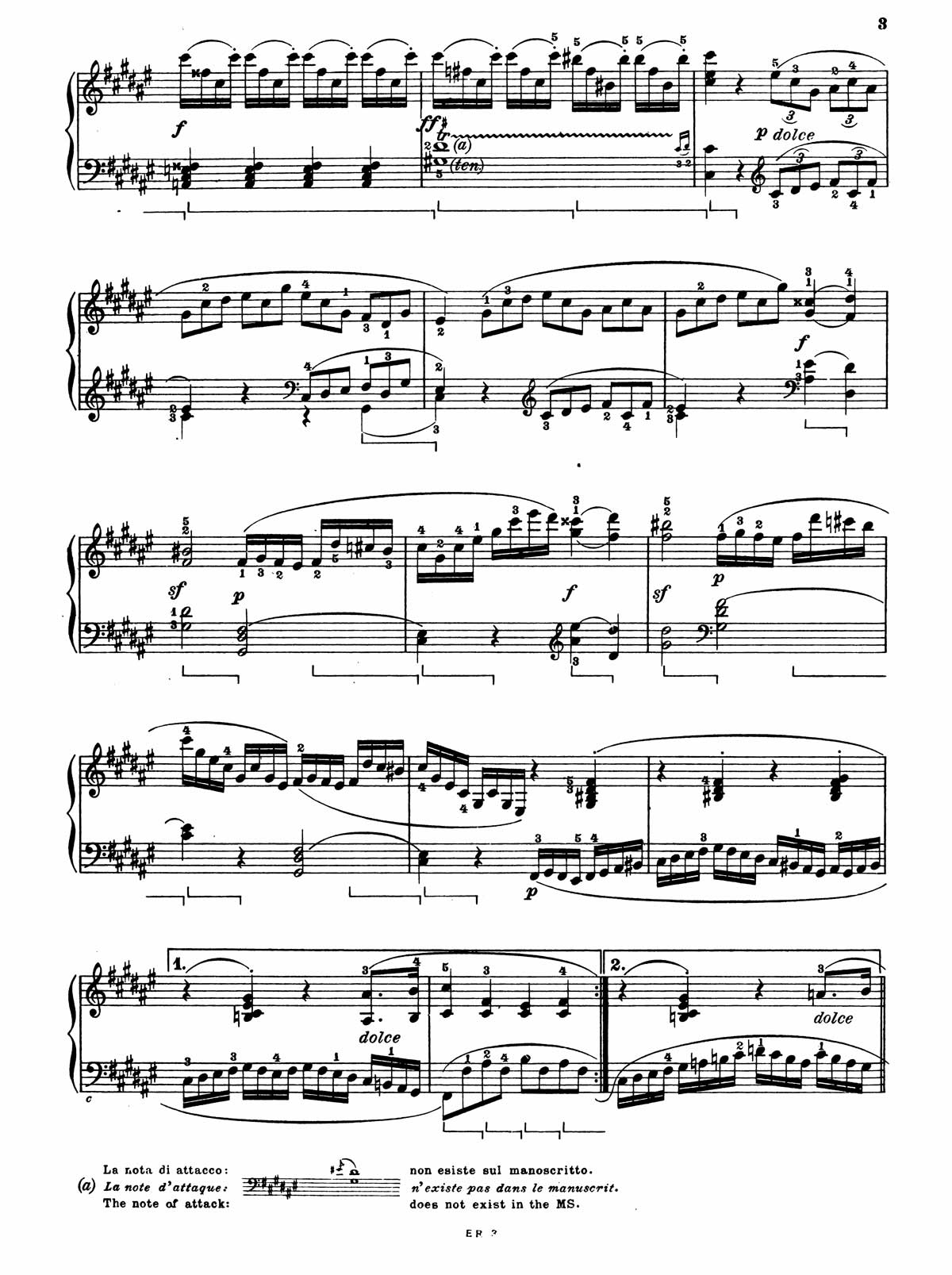 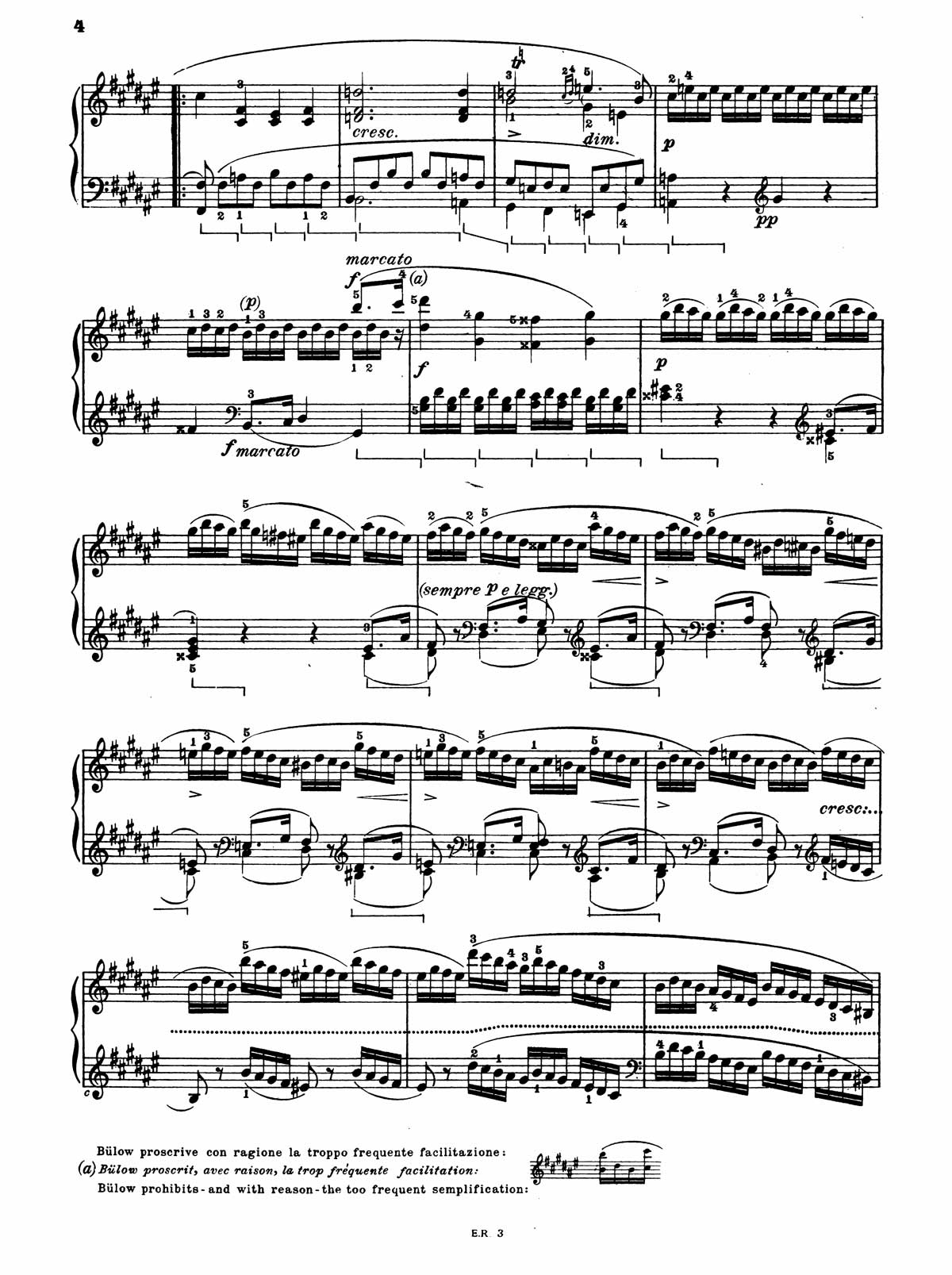 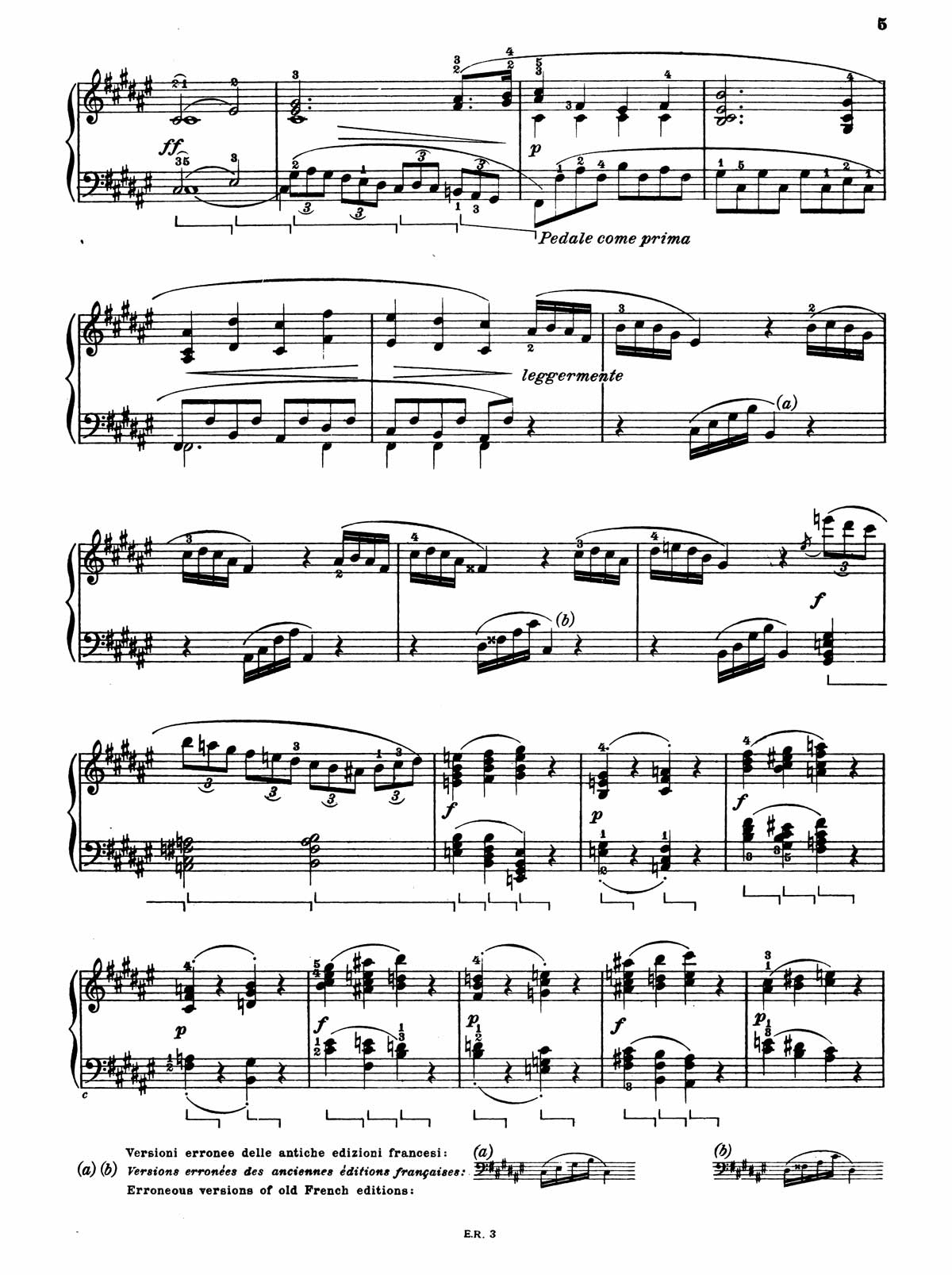 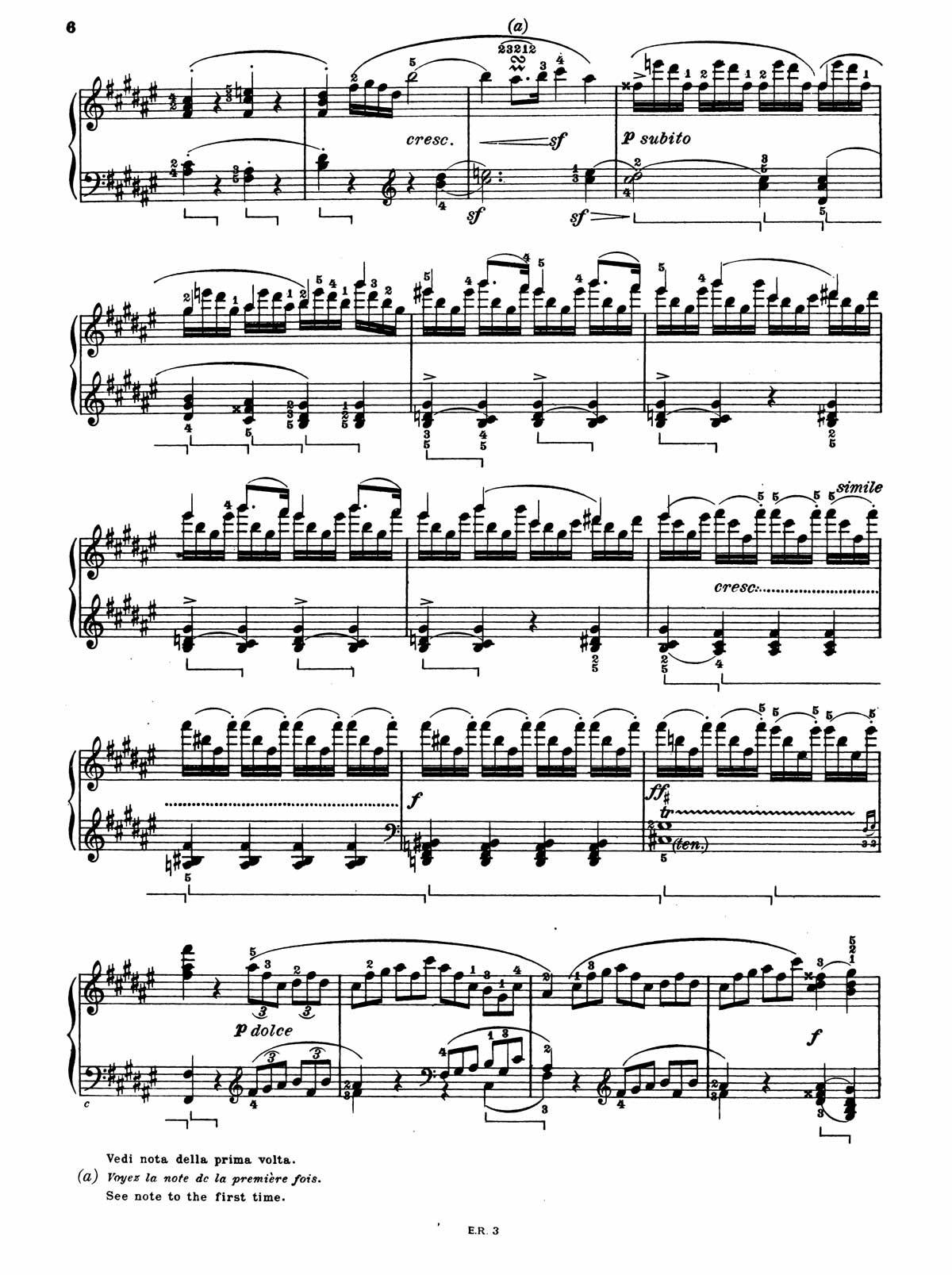 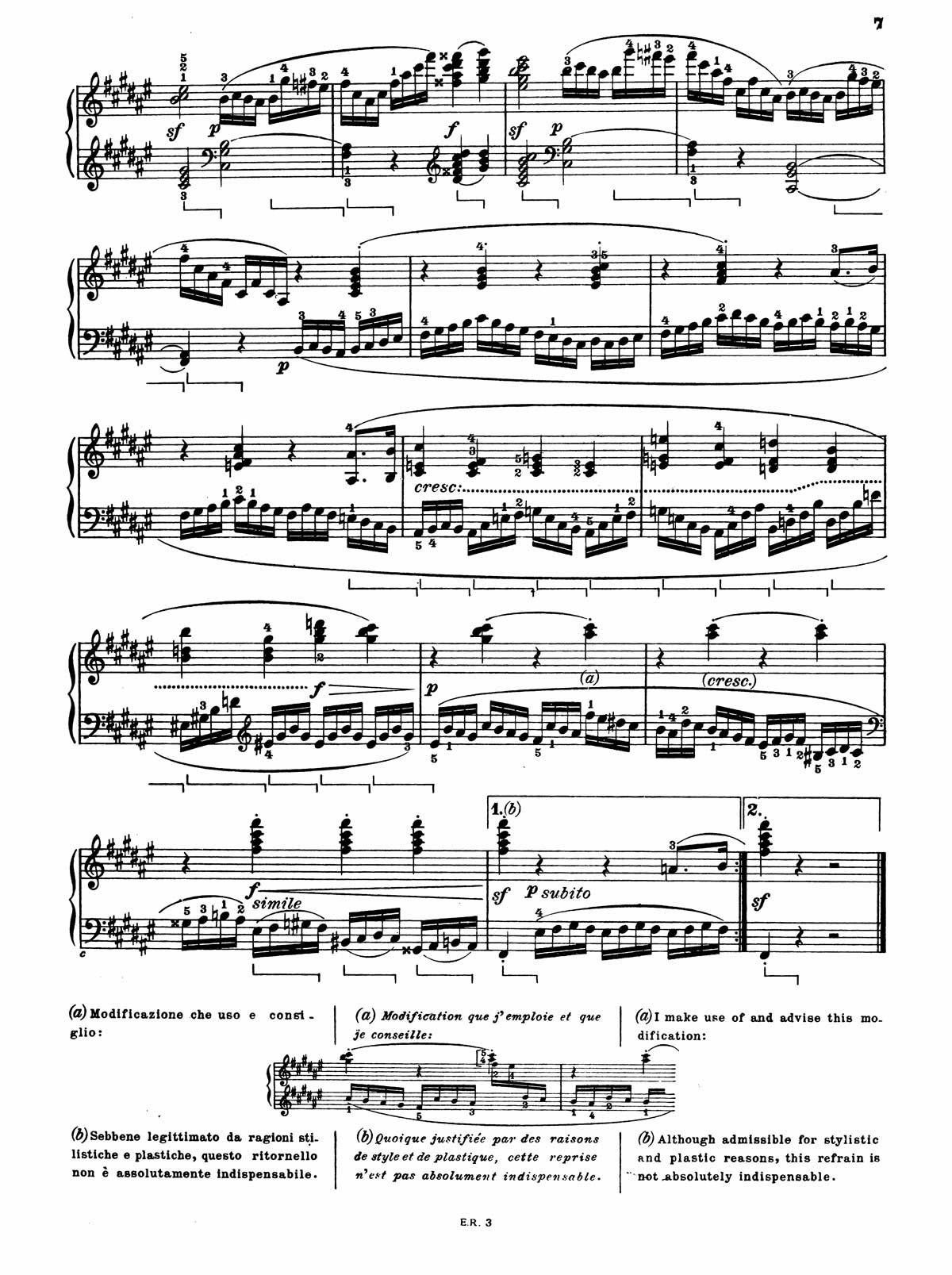 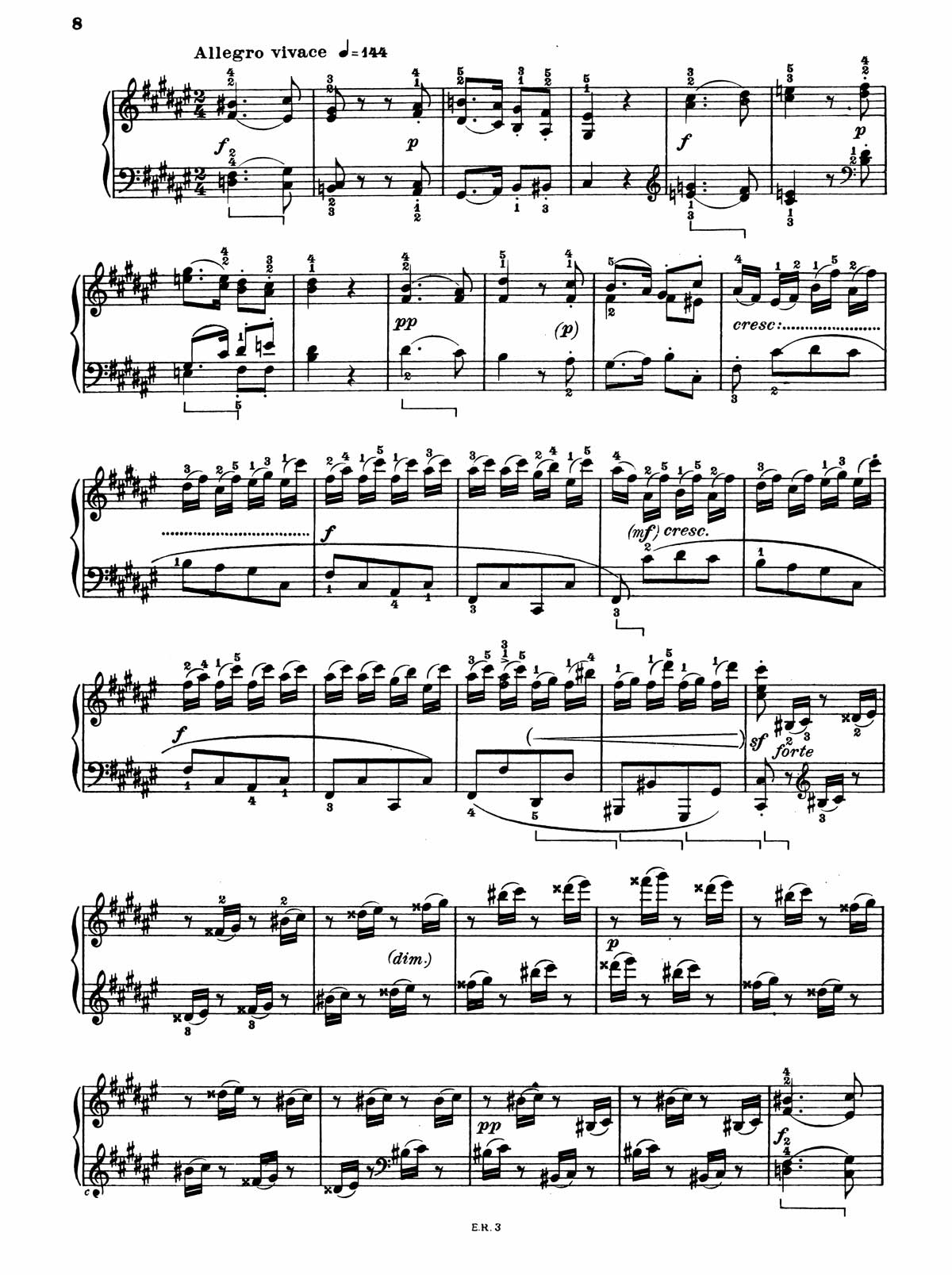 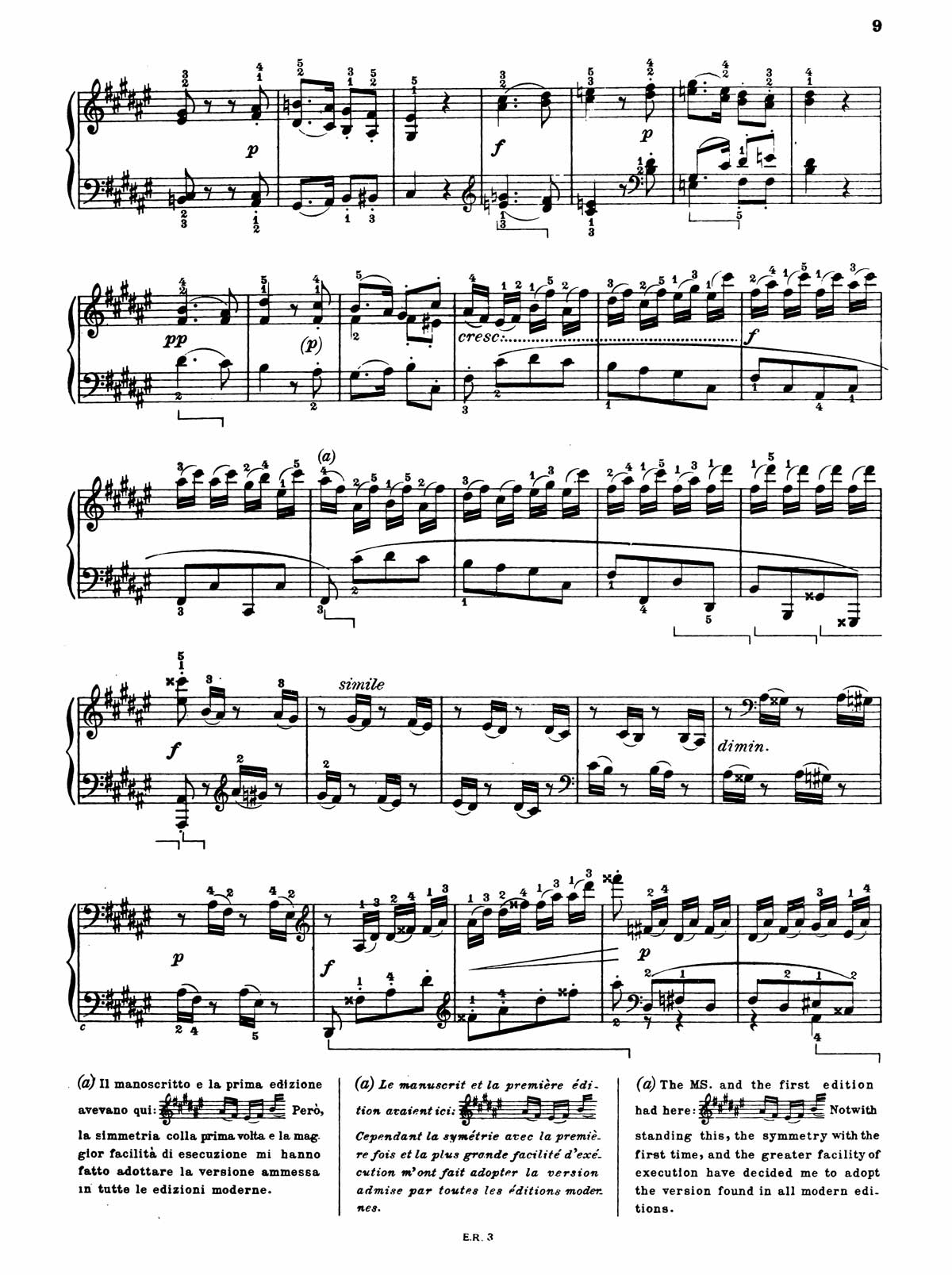 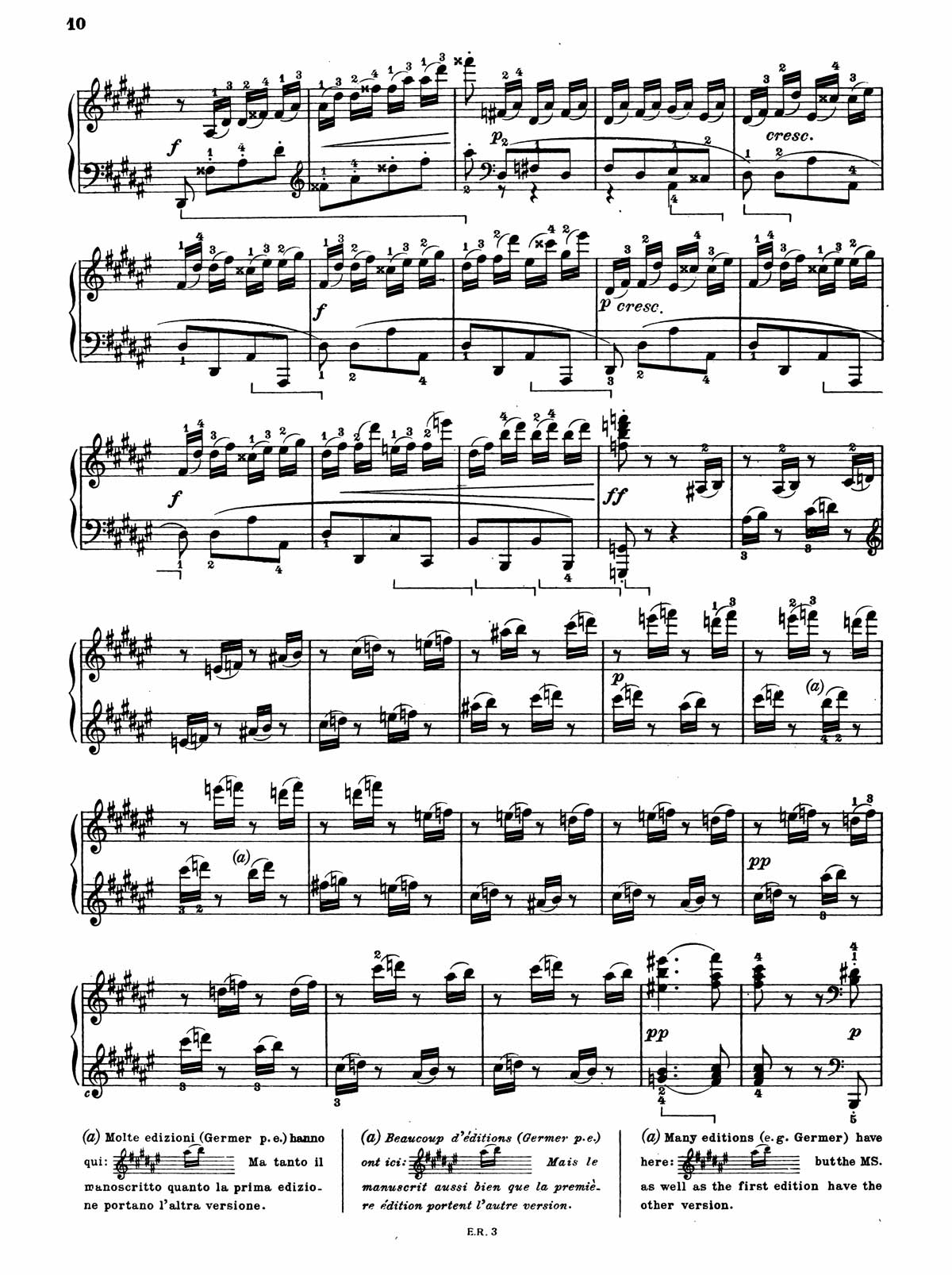 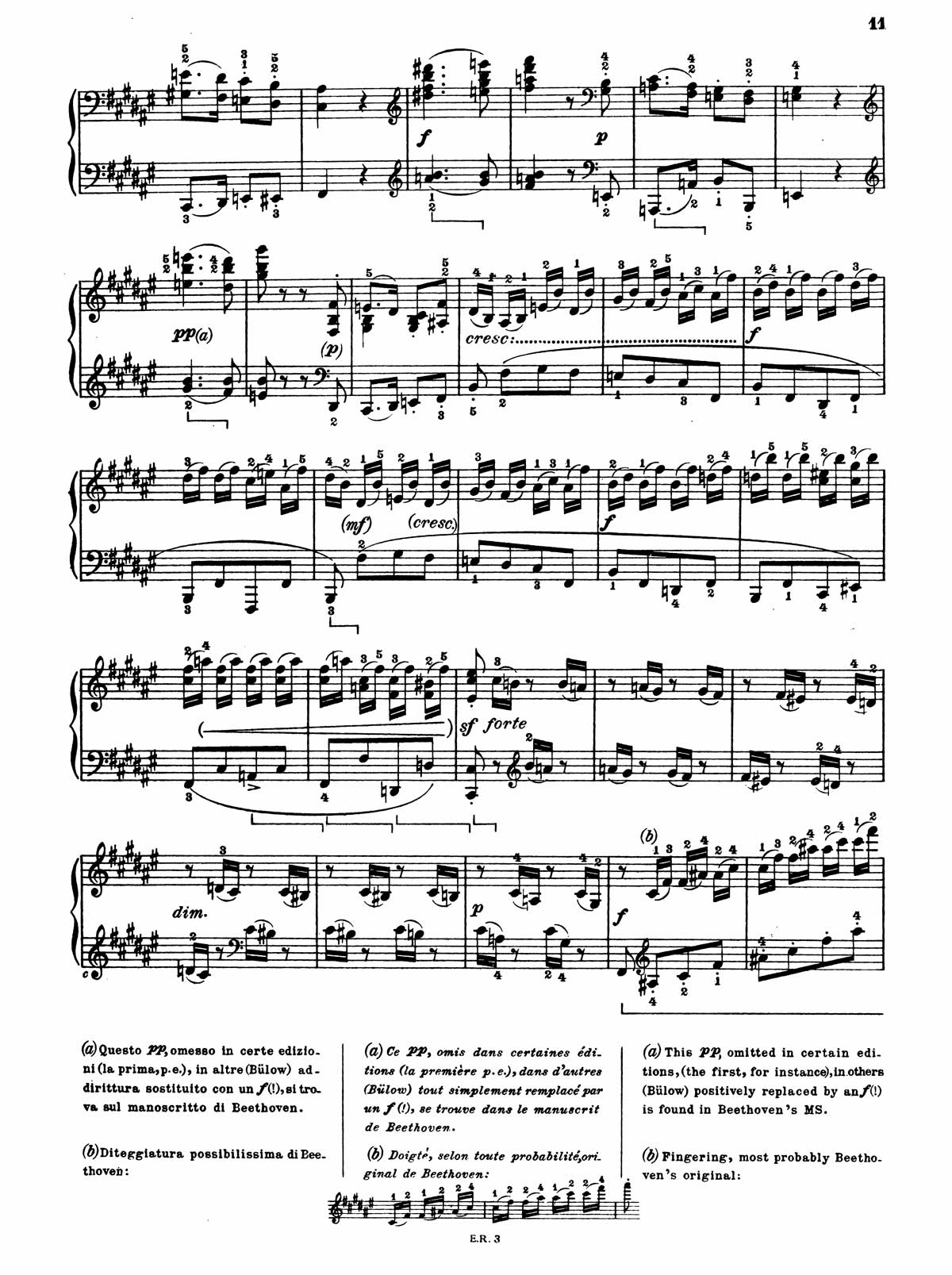 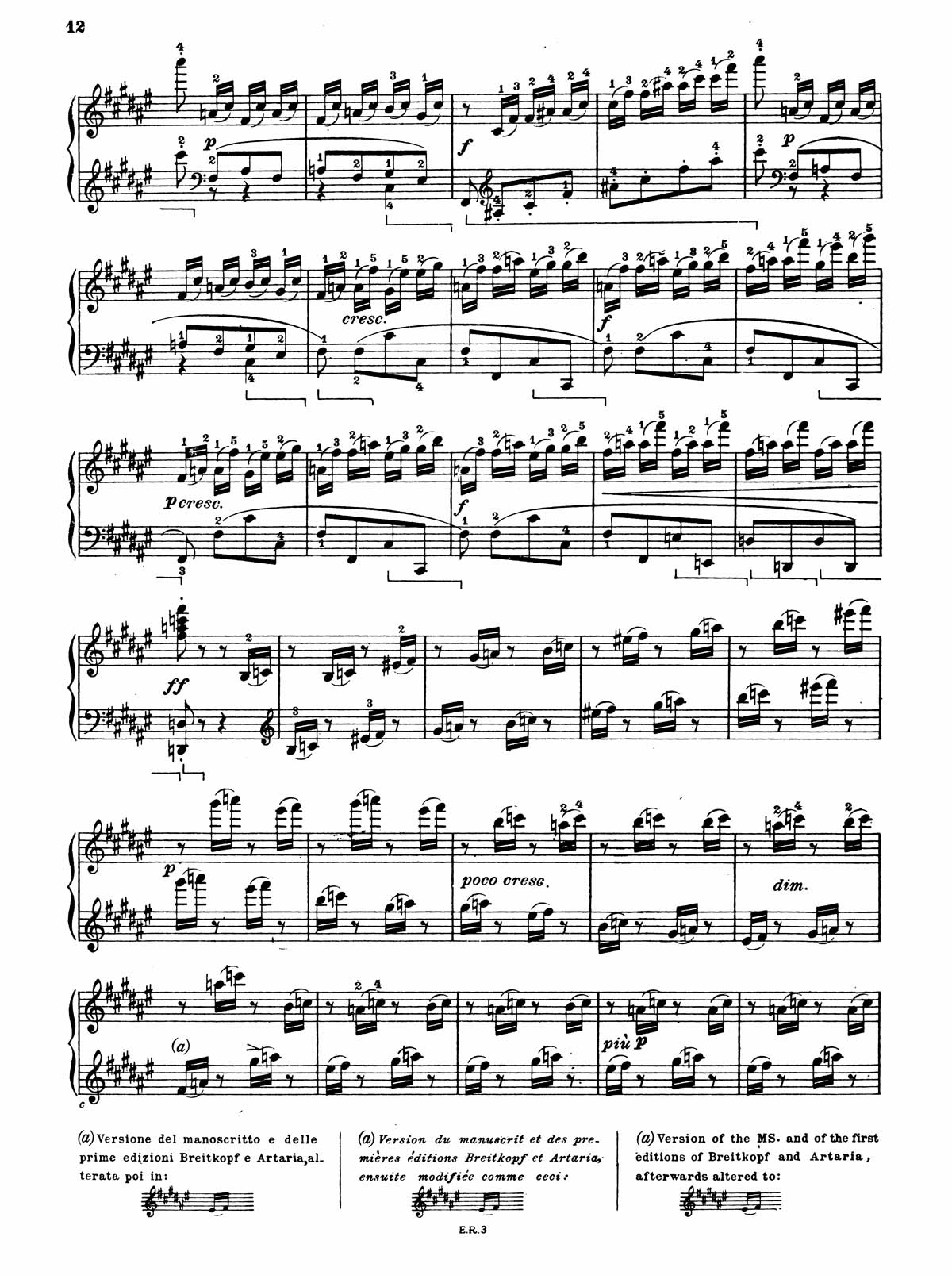 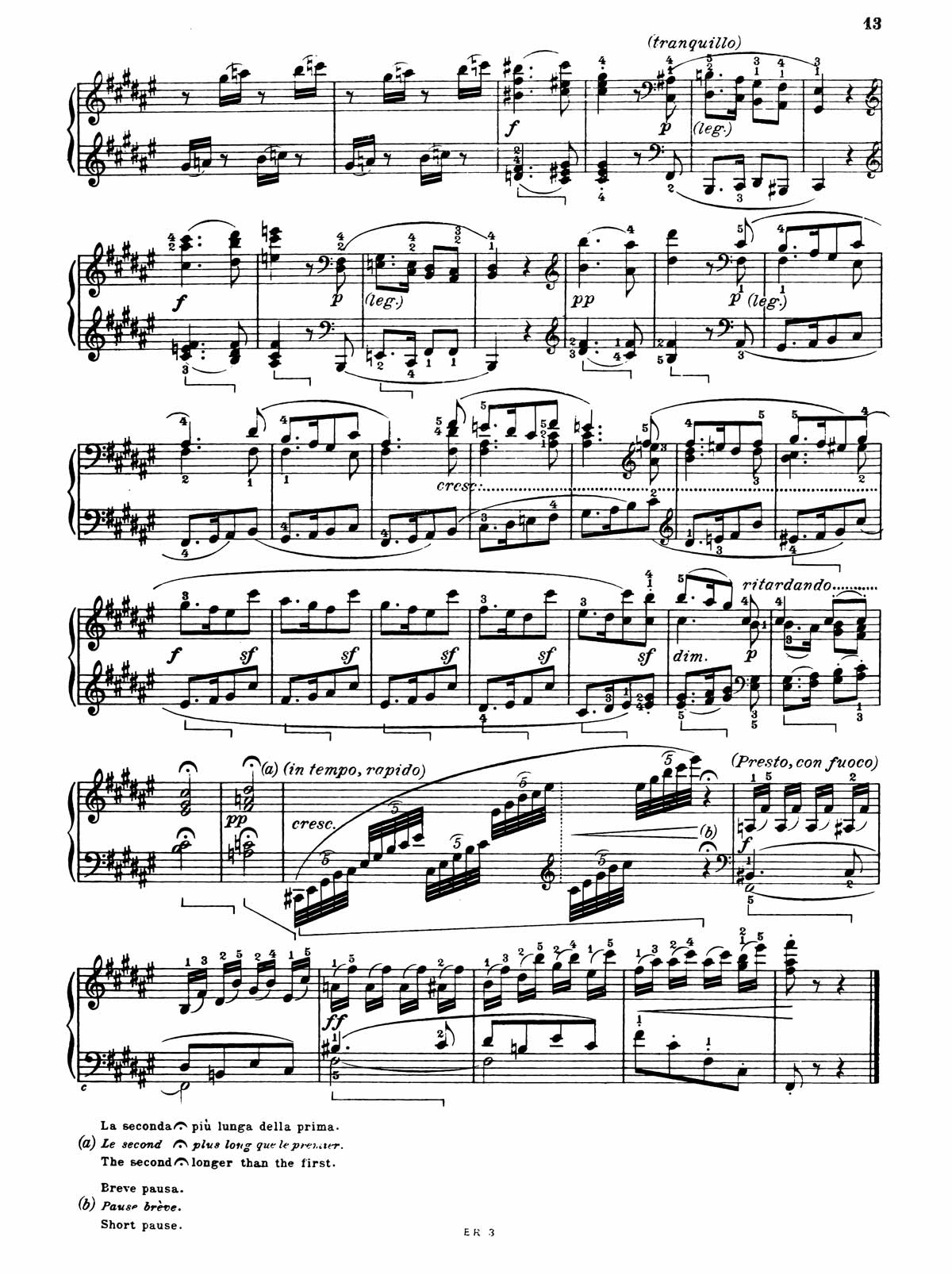 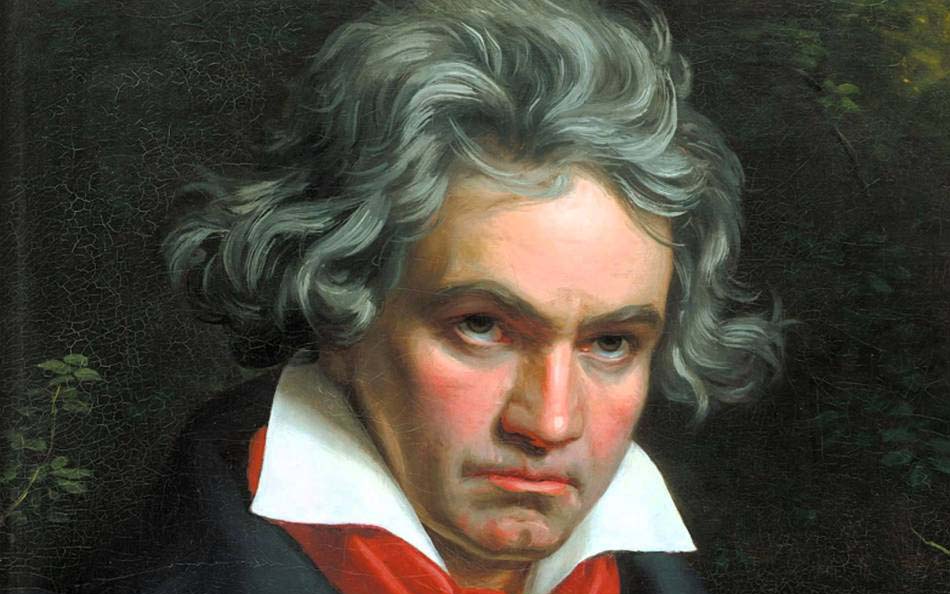 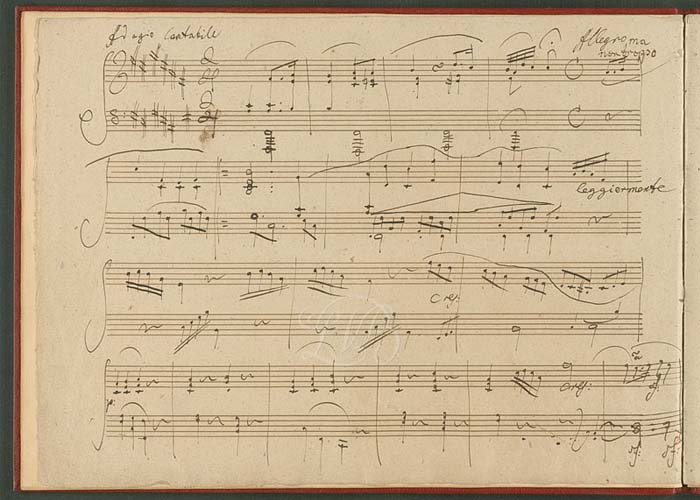 Coming five years after the morbidly dramatic Appassionata, the Opus 78 sonata could not present a more striking contrast to its predecessor. Despite its slight two-movement structure, it appears that Beethoven thought of this work as highly as he did the Appassionata, and not without reason.

The first movement of this sonata is remarkably tender and lyrical, featuring one of the most beautiful Beethoven melodies. Its highly cellular nature is remarkable; the first theme, for example, is composed of a motif in quarter notes, a motif in sixteenth notes and another in triplets, but all these motifs come together in a completely natural way so that there is not any material transition real. There is also the fact that Beethoven opens the work with a beautiful cantabile melody in four bars that is never repeated throughout the work and does not fulfill any formal function. Its only guarantee is purely psychological; prepares and contains the entire emotional landscape of the first movement (also Mozart could write introductions like this), and you could almost becomes the slow movement that the piece is missing. In a strange way, you listen to the entire first movement waiting for the first melody to return, and it never does, this gives the overwhelming sweetness of the first movement a slightly melancholic touch. In general, the whole movement is devoid of a sense of conflict, instead it is based on a sense of disintegration and reintegration. The last thing to notice is how the little three-note motif a few bars after starting the piece, the optimism of the first time, unites the movement; both its rhythm and its structural form have a great motivating influence.

The second movement is one of Beethoven's unapologetic comic games. It has a strange structure to begin with, and it doesn't really fit perfectly into the typical rondo or sonata-rondo form. In the notes below, I only indicate where the main ideas are, and you can decide for yourself what formal structure it has. The first phrase is divided into 6 parts, which go forte-piano-forte-piano and so on, and it is exceptionally harmonically misleading (we open with an augmented Italian sixth chord, and just when we begin to have certainty about the F # key, the second phrase goes into B, although it also begins with an ambiguous diminished seventh chord.) The third main idea of this movement consists of the schizophrenic hesitation between major and minor, and at the end of the movement there is another harmonic joke: after a dominant seventh Florida, Beethoven prepares us to wait for the tonic, but no! - once again emphasizes an absurd augmented chord. The figuration of this movement is also surprising; The second main idea consists of a sparse, direct bass line overlaid with trailing sixteenth notes, which can be played in an exaggerated acciacatura fashion to resemble squeaks or chirps. And the episodes of this movement are marked by cadences based on the 16th dragged figuration.