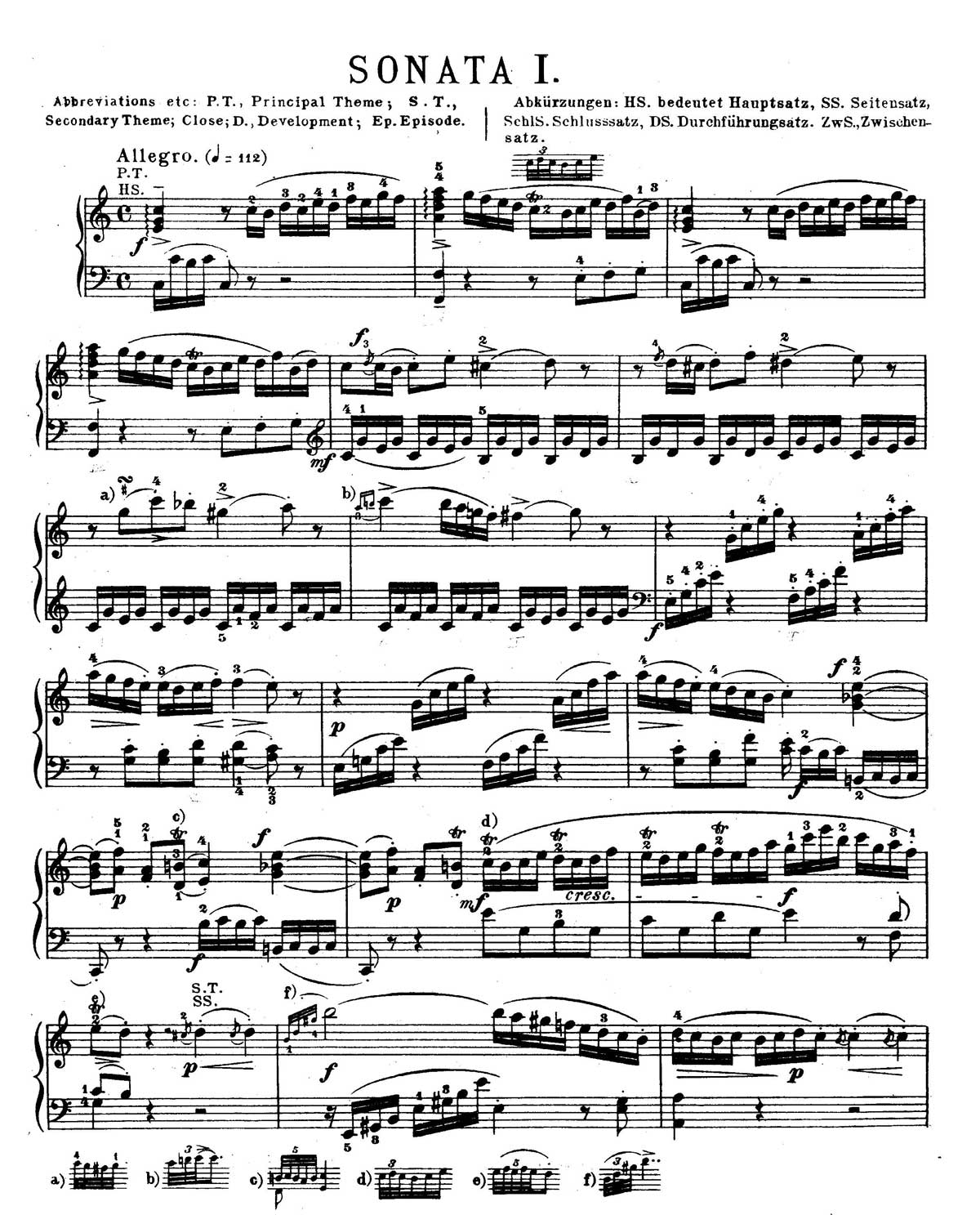 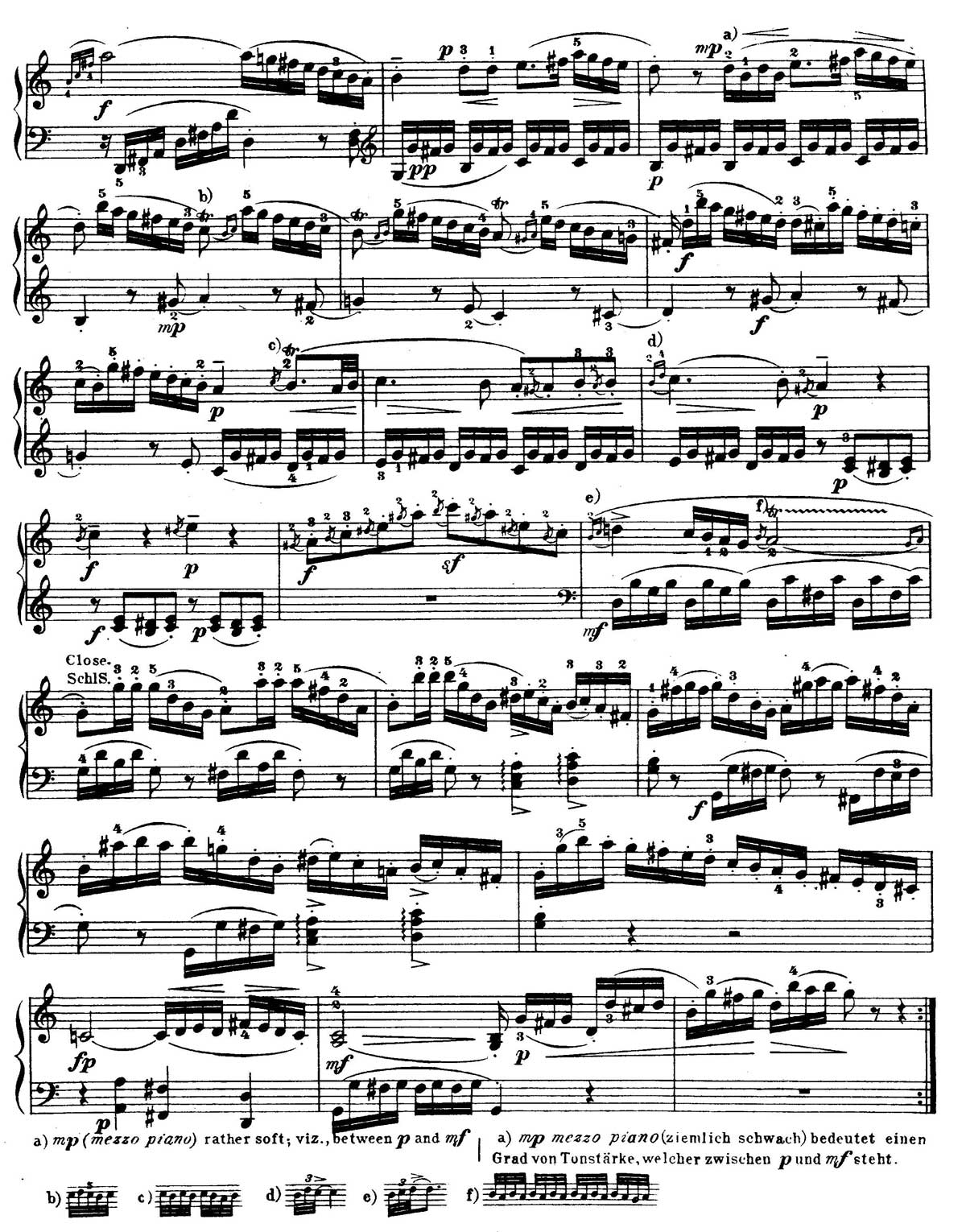 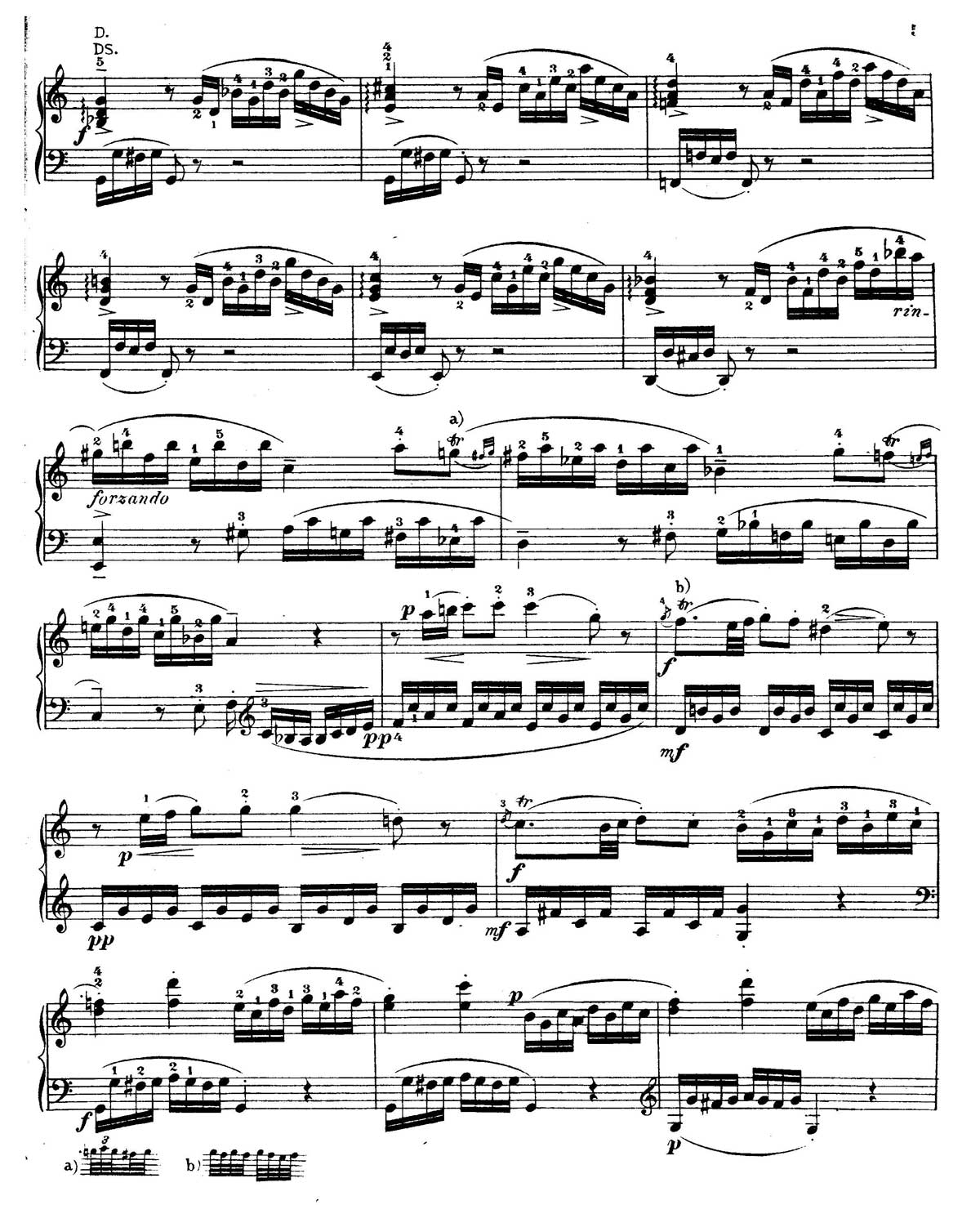 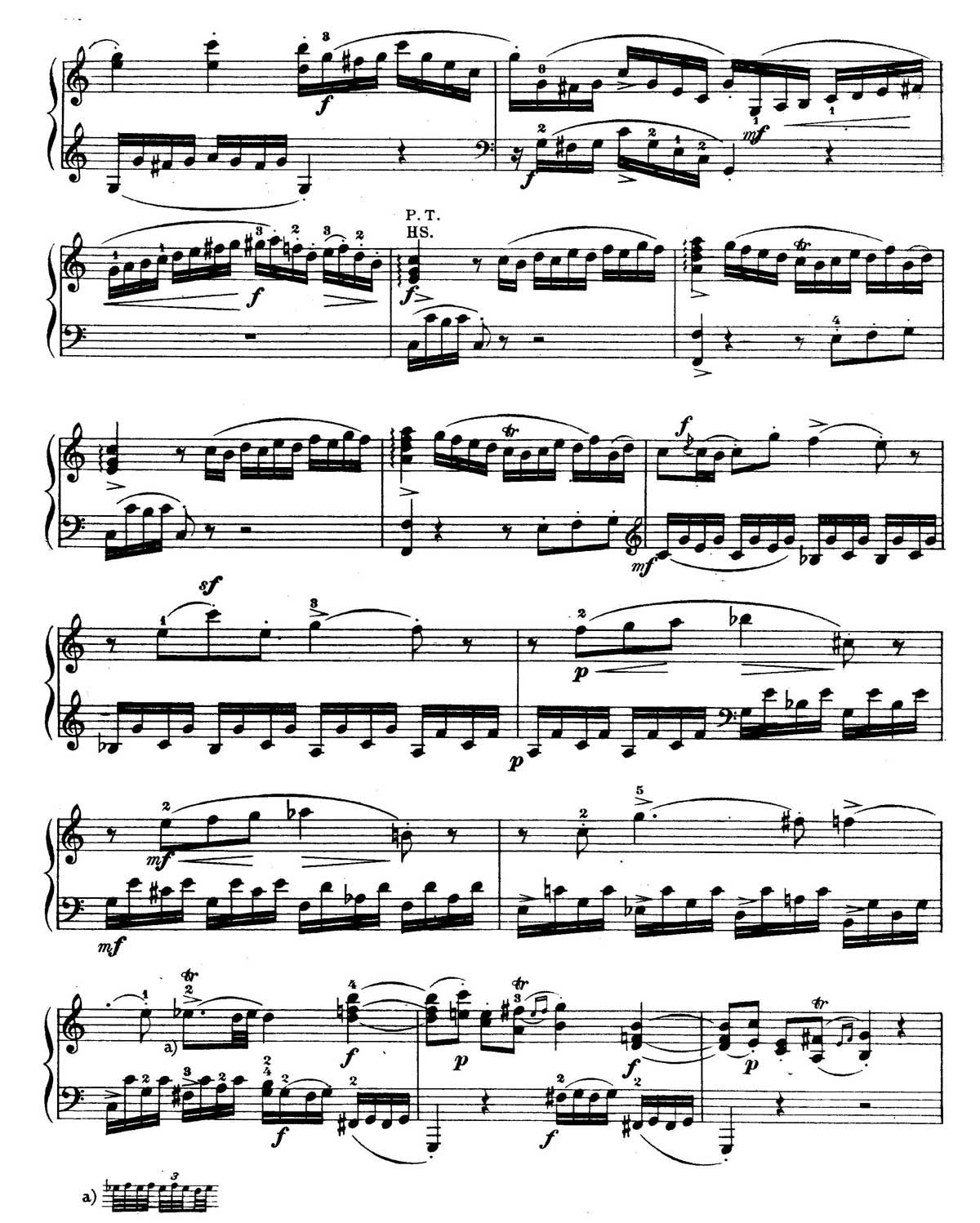 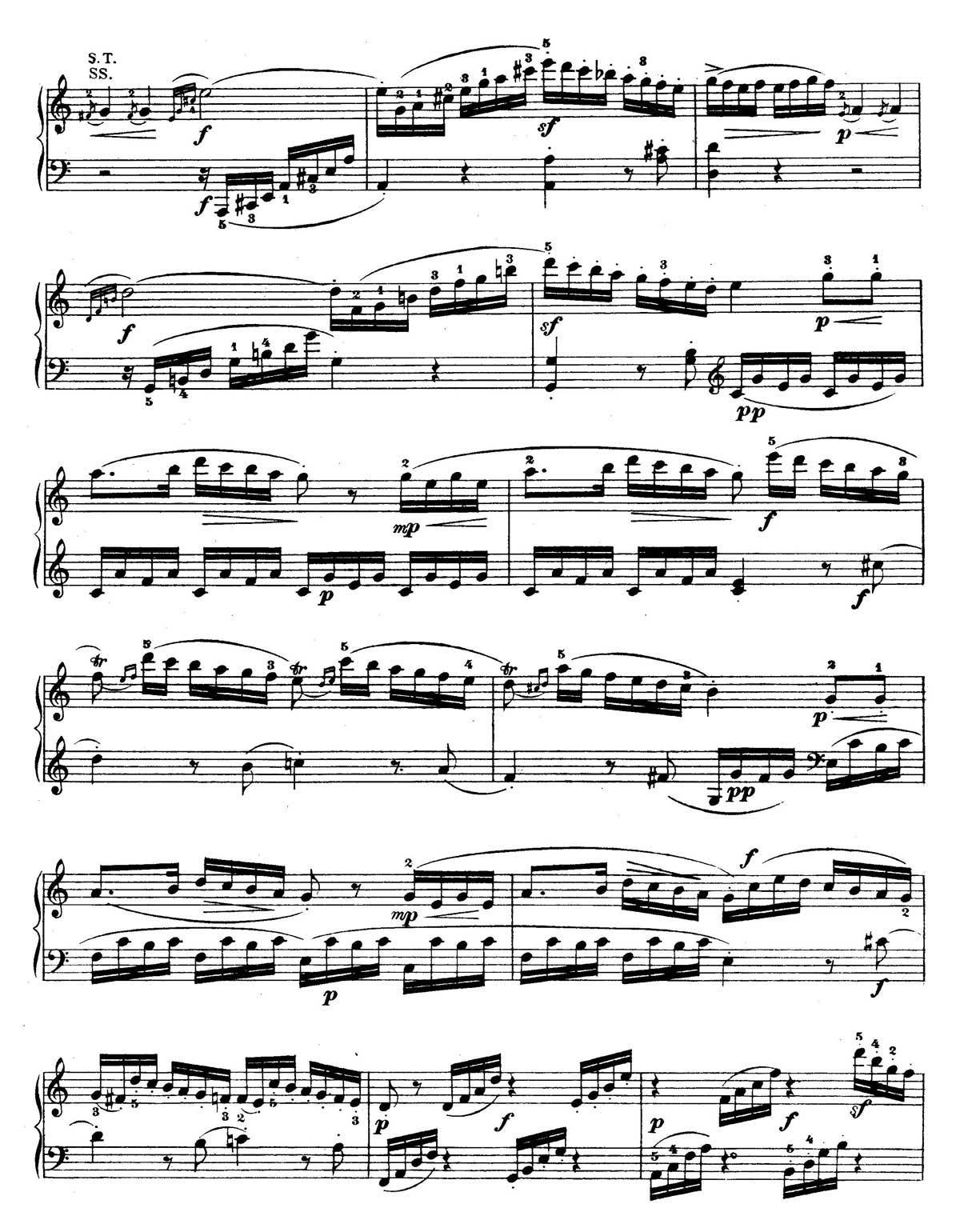 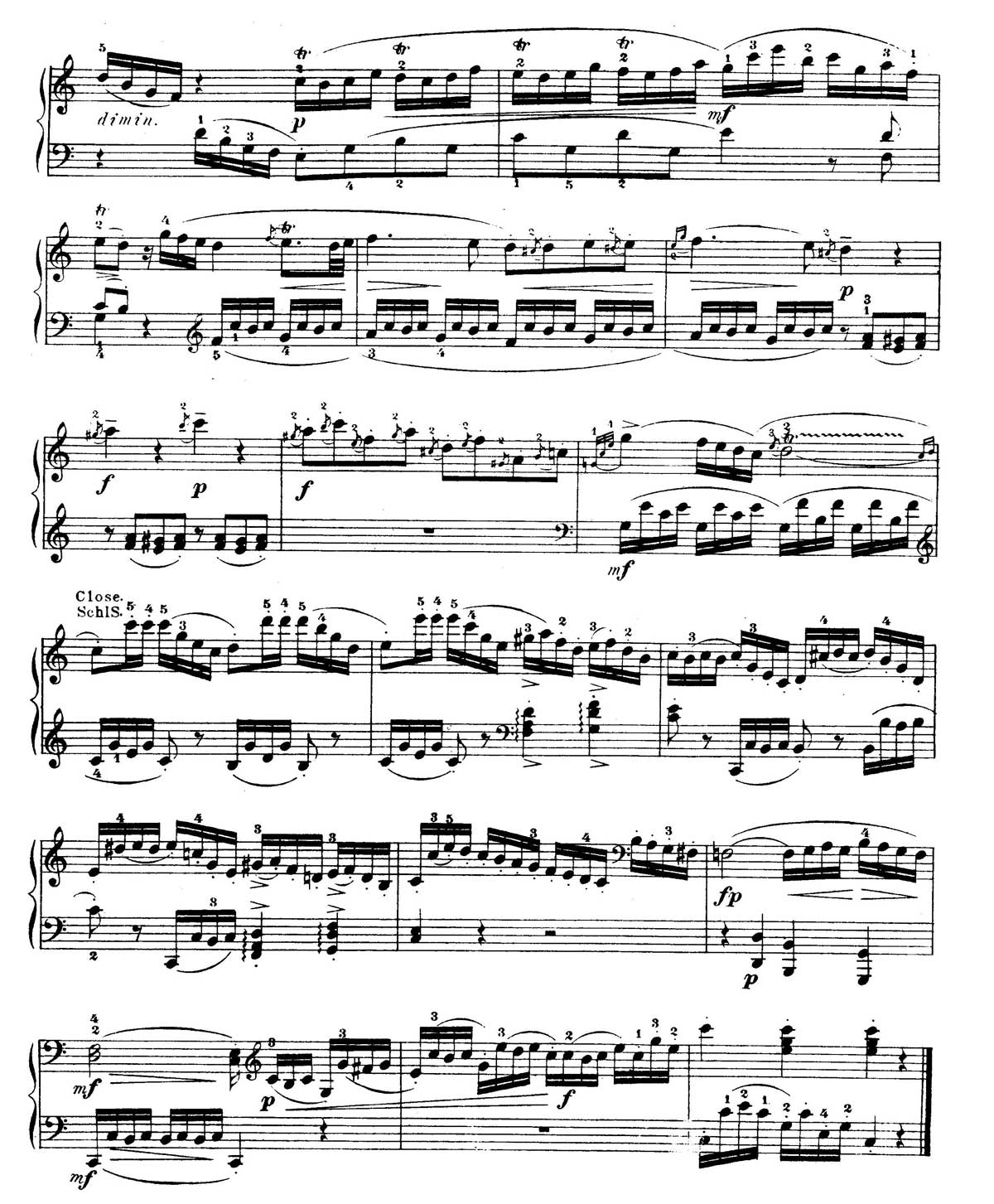 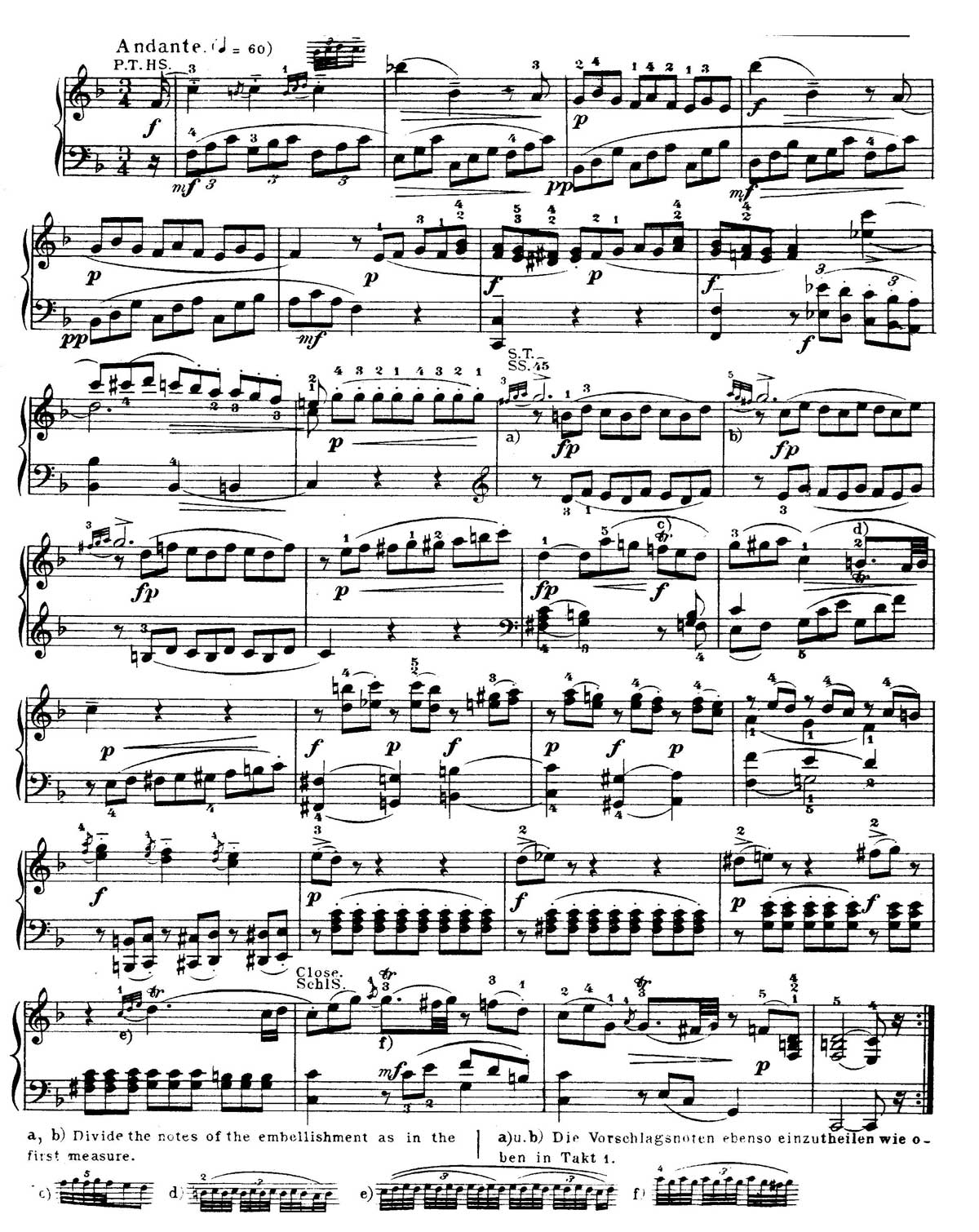 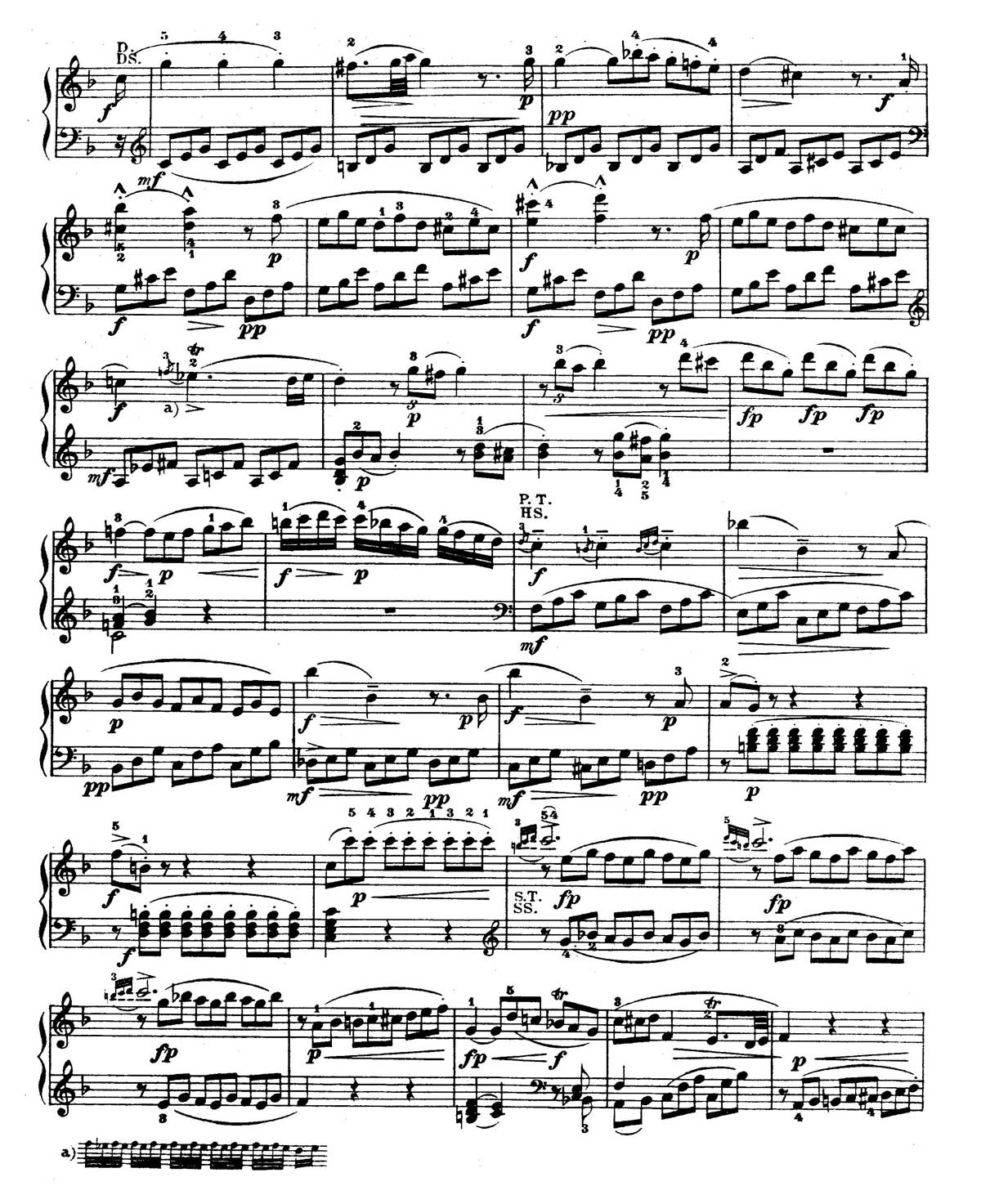 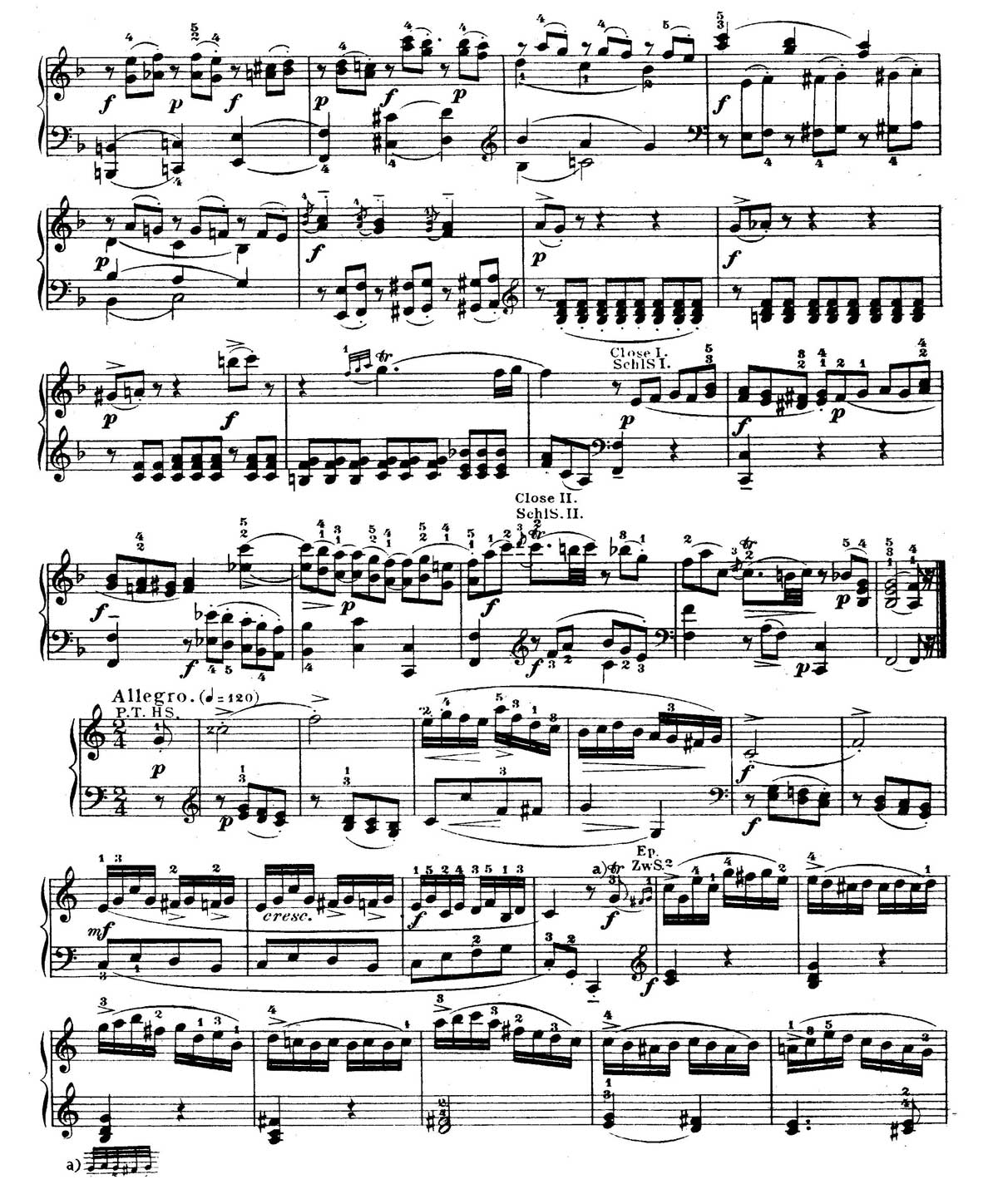 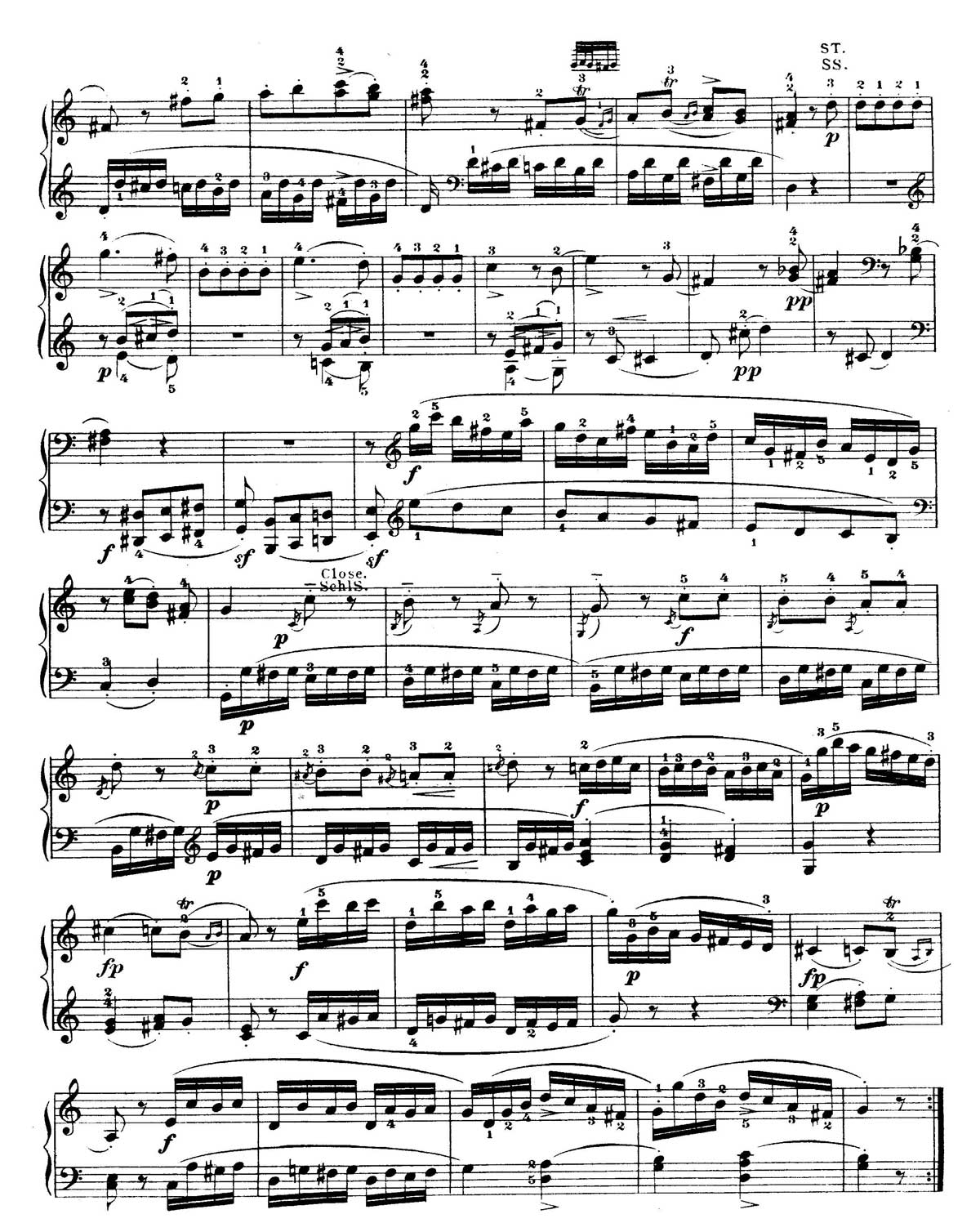 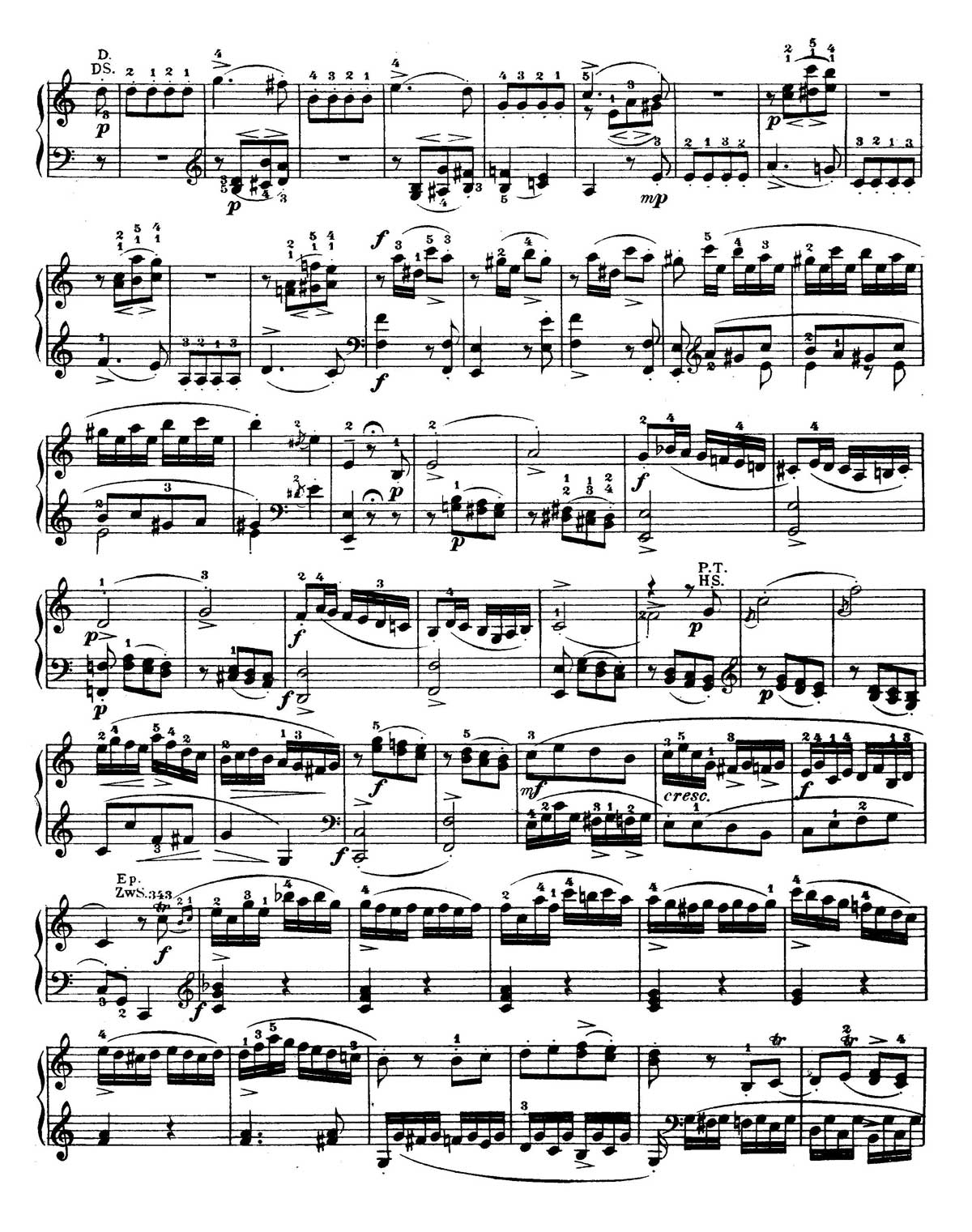 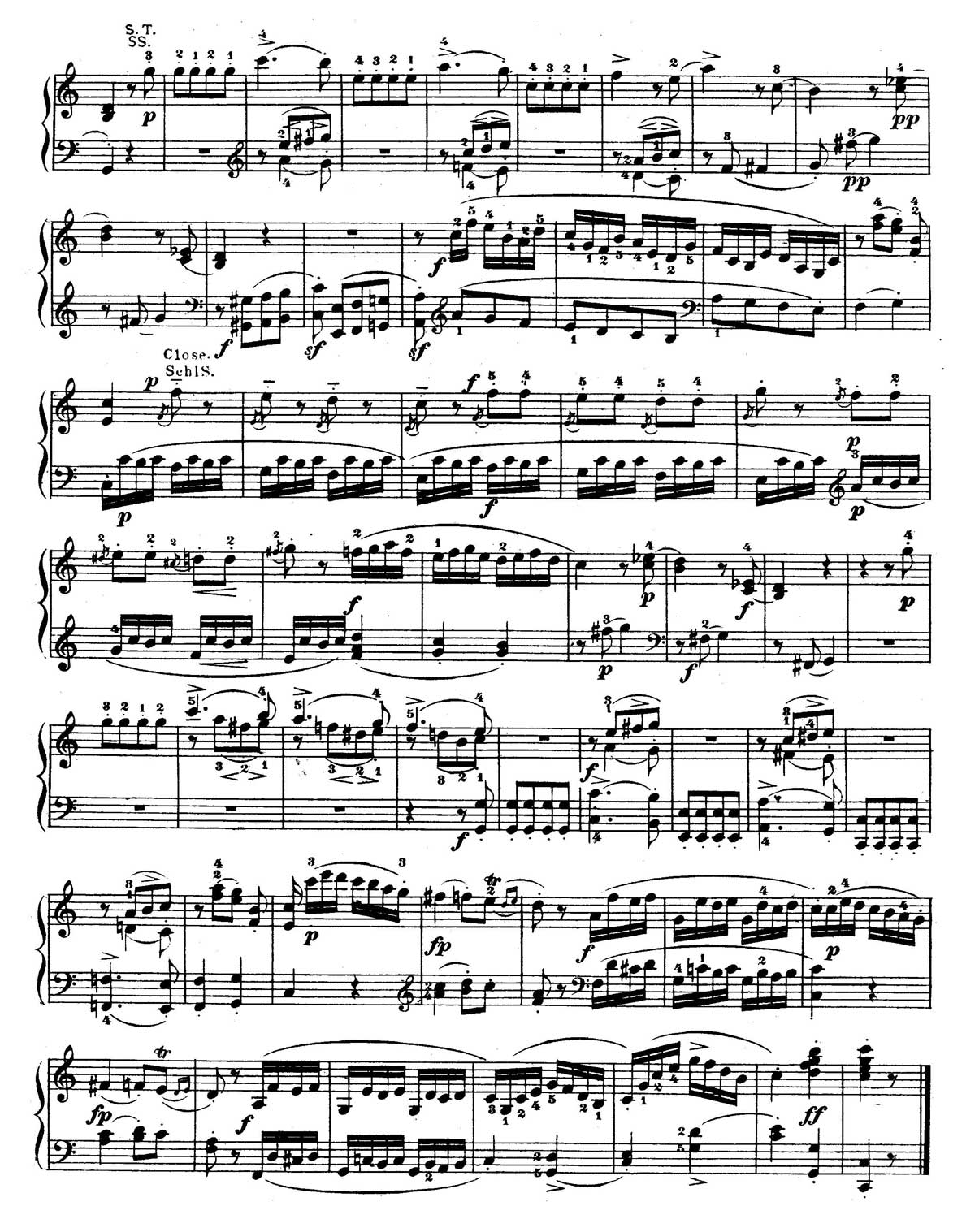 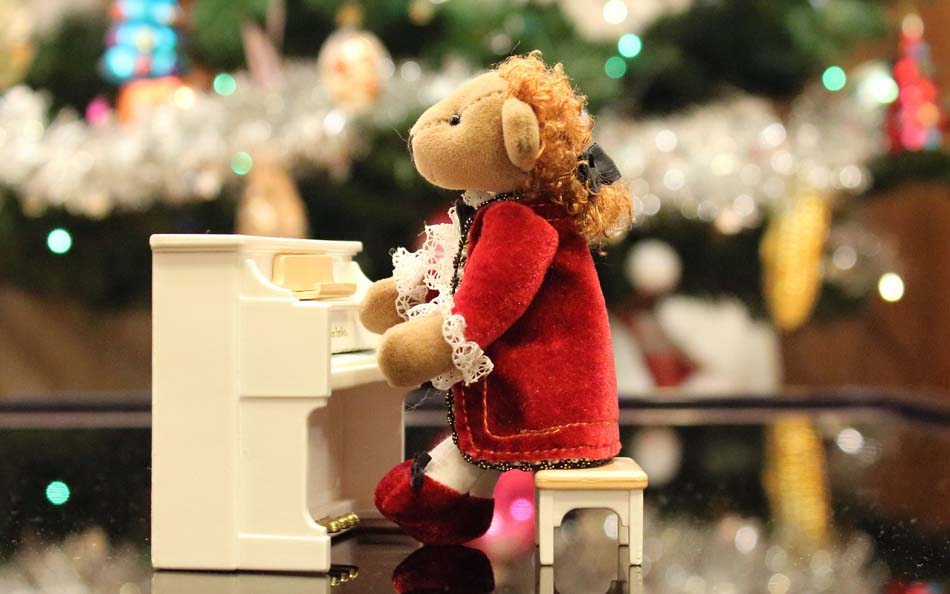 The first page of the first movement has been missing since 1879, it was mentioned in Köchel's catalog of 1862. Below is the manuscript. 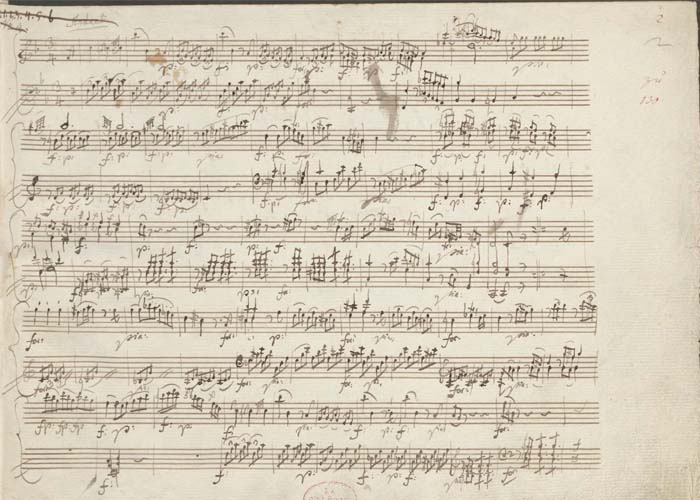 This Sonata, K. 279, in three movements was written during Mozart's visit to Munich in March 1774 for the presentation of La Finta Giardinera. Mozart prefers the use of major tones for sonatas, all except the Sonata No. 8, in A minor and the Sonata No. 14 in C minor.

Mozart himself called the first group of 6 Sonatas The Six Difficult Sonatas and presented them several times during his tour of Augsburg, Mannheim and Paris in 1777. The relatively late date of these first fully preserved piano sonatas explains why we are already faced with amazing masterpieces. Not just the sequence of the basic tones; C major, F major, B flat major, E flat major, G major and D major. But also a notable increase in the virtuosity of the relative pianistic simplicity of the C major sonata to the increased difficulty of the sixth sonata, the Dürnitz, shows us the intention of publishing them in the usual way, in groups of six sonatas. In these cycles, editors asked composers to start with an easy sonata and end with a difficult and brilliant one.

Although we think that all six sonatas were written more or less at the same time, there is reason to point out that the first Allegro was written earlier. Unlike all subsequent sonatas, this movement does not have a significantly distinctive opening theme. It begins with a series of four different motifs, reminiscent of Baroque techniques. All three movements are in sonata form. The first movement with its ornamentation does not reach the melodic richness of the following sonatas; the structure is transparent and after an extensive development section comes the recap.

The second and third movements already coincide with the following sonatas.

The second theme of the third movement is rhythmically identical to the final motif of Haydn's Hob Sonata in F major, and also with Haydn's presto theme of the Hob Sonata in B minor. This is one of the many reasons to believe that Mozart probably knew Haydn's work well.